A video shows two Los Angeles County Sheriff’s Department deputies fatally shooting a 28-year-old man in Lynwood as he tries to crawl away from the officers.

The footage of the Saturday morning shooting was posted to YouTube and can be watched above. The victim has been identified by his family as Nicholas Robertson, the Los Angeles Times reports. The deputies have not been named.

The sheriff’s department says the shooting happened at Long beach Boulevard and Magnolia Avenue at about 11 a.m. “in front of a busy Arco Gas Station.” Deputies were responding to calls for a “man with a gun” and “shots heard,” according to a press release.

The Los Angeles County Sheriff’s Department said in a press release that deputies located the suspect in the “man with a gun call”, identified by family members as Nicholas Robertson, when they arrived at the gas station. They say Robertson was armed with a gun.

“The deputies immediately approached the suspect and gave him multiple commands to drop the gun. However, the suspect did not comply and did not drop the handgun, at which time a deputy-involved shooting occurred,” the sheriff’s department said in its statement.

According to the press release, “witnesses in the immediate area said they saw the suspect turn and point the gun at the deputies prior to the shooting.”

2. The Video Shows the Deputies Firing at Robertson After He Was on the Ground

Robertson can be seen crawling away as he is shot in this still image from a video of the shooting. (YouTube)

The video, recorded in a restaurant across the street from the gas station, does not show the entire incident, but does show Robertson with his back to the deputies. He can be seen flinching as the first shots are heard. As the deputies fire several times at Robertson, he drops to the ground.

The deputies pause for a second or two as Robertson is seen crawling away from them. The deputies then begin firing again. Robertson’s body flinches on the ground as he is struck. It appears at least 15 shots were fired during the second volley by the deputies, after Robertson had fallen from the initial shots.

The sheriff’s department said a loaded .45 caliber handgun was found at the scene.

“My understanding is the suspect is in one of the frames, but it’s not very clear what the suspect’s actions are,” Lieutenant Eddie Hernandez, of a the sheriff’s department, told KTLA-TV. “The video is just one piece of evidence that’s going to be examined as a part of a comprehensive, protracted, long investigation, and that’ll be analyzed against the physical evidence, the witness statements and the deputies’ statements.”

3. Robertson Was Married With 3 Children

Robertson, a graduate of Lynwood High School, was married and had three children, his family told KTLA-TV.

His family told the Los Angeles Times he took good care of his three children.

4. Protesters Gathered at the Shooting Scene on Saturday Saying ‘No More Stolen Lives’

"No justice, no peace." Family and neighbors rallying after deputy shoots and kills father of 3 this morning pic.twitter.com/fcOKYwpf81

LASD deputies gear up with helmets and bags of tear gas, they say in case rally gets out of hand pic.twitter.com/dIGRPUtTn2

“They shot him,” said Tracy Brown, a relative of his wife, told the Los Angeles Times. “They shot him; as he crawled, they continued to shoot him.”

His wife, Nekeisha, shouted at the police, “He ain’t getting away with it!”

The two deputies involved in the shooting fired at Robertson several times. (YouTube)

Sheriff Jim McDonnell issued a statement, cautioning against jumping to conclusions “in this modern age of cell phone video and instant analysis on the internet.” Read his full statement below:

I want to assure the public that the Sheriff’s Department takes deputy involved shootings very seriously and that this investigation will be handled with the utmost professionalism and integrity. We are working closely with our criminal justice system partners as well as members of the public to put together the most comprehensive and accurate account of exactly what occurred.

In this modern age of cell phone video and instant analysis on the internet, I would ask that we keep in mind that a thorough and comprehensive investigation is detailed and time intensive. It will involve, not just one source of information, but numerous sources, potentially including multiple videos, physical evidence and eyewitness accounts. I urge anyone who has information about this shooting incident to contact our investigators. Our number one priority is public safety.

The shooting will be investigated by the Los Angeles County District Attorney, the county coroner, the Sheriff’s Homicide Bureau and Internal Affairs Bureau and the Office of Inspector General. 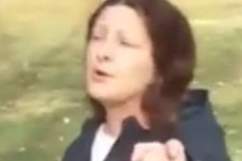 Loading more stories
wpDiscuz
14
0
Would love your thoughts, please comment.x
()
x
| Reply
Nicholas Robertson, 28, was fatally shot by Los Angeles County Sheriff's deputies in Lynwood, California. A video shows him crawling away as he is killed.