A Fox News “strategic analyst” has been suspended after calling President Obama a “total p***y” during a Monday appearance on the Fox Business Network.

Ralph Peters will be off the air for two weeks, CNN reports. Peters was reacting to Obama’s Sunday night Oval Office speech on the threat of terrorism to the United States.

“Fox Business Network and Fox News Channel do not condone the use of such language,” Fox senior executive vice president Bill Shine said in a statement to CNN.

1. He Apologized for His Language After Being Called Out by the Anchor

Peters was called out by Fox Business Network anchor Stuart Varney, who said “You can’t use language like that on the program, OK?” He also called for Peters to apologize.

Peters apologized for his anger and said “my choice of words was incorrect, but my sentiment, I think, is shared by many.”

He added that “the American people understand where I’m coming from on this,” and said he feels there needs to be stronger military action against ISIS. 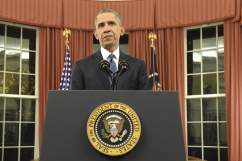 Stacey Dash has also been suspended for two weeks by Fox News. (Getty)

Peters was one of two Fox contributors suspended on Monday for the way they reacted to Obama’s speech. Stacey Dash was also suspended for two weeks, according to CNN.

Dash said on the noontime talk show “Outnumbered” that Obama showed he doesn’t “give a s**t” about terrorism. 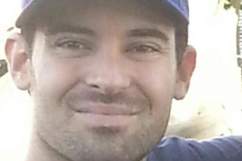 Peters retired from the U.S. Army in 1998 as a lieutenant colonel after 22 years of service, according to his Army biography.

He enlisted after graduating from Penn State in 1976 and rose in rank to an officer and then lieutenant colonel.

Peters served in the Infantry and Military Intelligence units, before becoming a Foreign Area Office specializing in Russia and surrounding states, the Army says. His assignments included Southeast Asia and Central Asia, Russia, pakistan and Burma. He was also assigned to the Pentagon and the executive office of the president.

4. He Has Been a Frequent Critic of Obama’s Foreign Policy

Peters has been a frequent critic of President Obama’s foreign policy. In 2014, he said Obama’s policy of “preemptive retreat,” is the cause of conflicts in Syria, Iraq, Egypt and Libya.

In December 2014, he said Obama tried to romance Russian President Vladimir Putin and got “date raped.”

He has also called Obama “inept, ineffective and cowardly” on his Syria strategy and a “terrified little man in a great big job he can’t do.”

5. He Has Written Several Spy Novels Under the name Owen Parry

In addition to being a commentator on Fox News, Peters has written several fiction and non-fiction books. He uses the pen name Owen Parry for his spy thrillers.

He has also written for the <New York Post, the Wall Street Journal, USA Today and the Washington Post.

Peters, 63, lives in Washington, D.C., and has been married to Katherine McIntire, the deputy editor of Government Executive Media Group, since 1994.