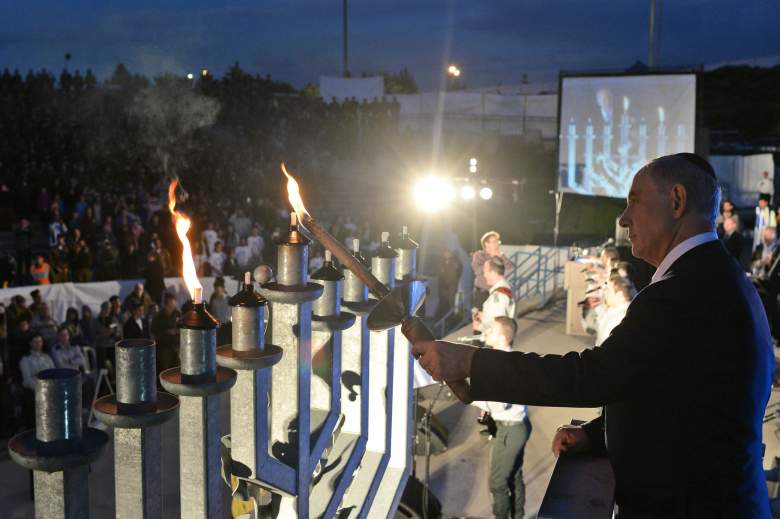 A Hanukkah candle lighting ceremony in 2014. A huge menorah is lit in front of a crowd. Hanukkah 2015 begins on December 6 and ends on December 14. (Getty)

Characterized by the traditionals dreidels, latkes and, of course, the menorah, a big part of Hanukkah is lighting the candles on the candelabra on each of the eight nights.

A family-centered holiday mainly celebrated at home, some families choose to have a separate menorah for each family member instead of a communal one. The menorahs themselves can be personalized with designs that are important to the individual but the method of lighting the candles, the blessings that are said and the meaning behind the ceremony and holiday as a whole remain the same. As the Jewish Gift Place put it,

“Hanukkah is a means of celebrating the impenetrable spirit and devotion of the Jewish people to God and his faithfulness by keeping that candle alight for eight days.”

Read on to learn more about the meaning behind the candle lighting celebration of Hanukkah and the blessings that are said. 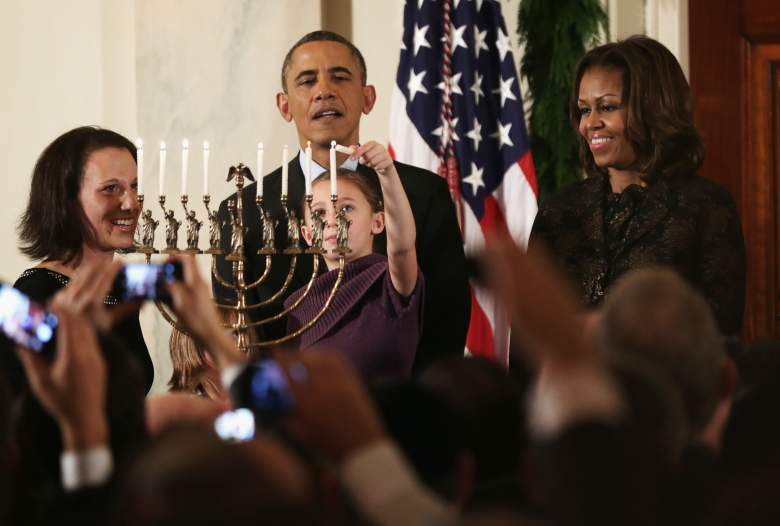 Lainey Schmitter lights a Menorah as Barack Obama, Michelle Obama and Lainey’s mother Drew look on during a Hanukkah reception at the White House in 2014. (Getty)

People who practice Judaism light the menorah to remember the miracle that happened when the Macabees, Jewish rebels, took back the Holy Temple from the their conquerors. The Macabees cleaned and restored the Temple but had only one small flask of oil to light the menorah.

The small amount of oil lasted for eight days, which was considered a miracle, so people now celebrate Hanukkah (Chanukah) to remember this event and thank God.

The Rabbis decreed that it would be celebrated by lighting an 8 branched Menorah, and increasing its lights each day to commemorate how the miracle became greater with each day that the oil continued to burn.

The menorah is lit, “to celebrate the triumph of light over darkness, spirituality over materiality, and of purity over adulteration. Mostly and according to Judaism, it celebrates the fact that God can make miracles for those who stand up for truth and justice,” according to Latin Times.

How to Light a Menorah:

There is a specific process for lighting the menorah.

On the first night of Hanukkah only two candles are placed in the menorah (also known as a hanukkiah). The shammash, or “helper” candle, which has its own designated spot (usually in the center), is used to light the other candles each night. Only one candle is added each night so that on the eighth and final night of Hanukkah, nine candles (the shammash plus eight others) are lit.

The candles are placed in the menorah from right to left (just as Hebrew is written from right to left), but are lit from left to right. The shammash candle is always the first one lit (with a match or lighter), and is used to light the others, starting with the left-most one. “Think of it as lighting the candle representing the newest night first,” according to My Jewish Learning. 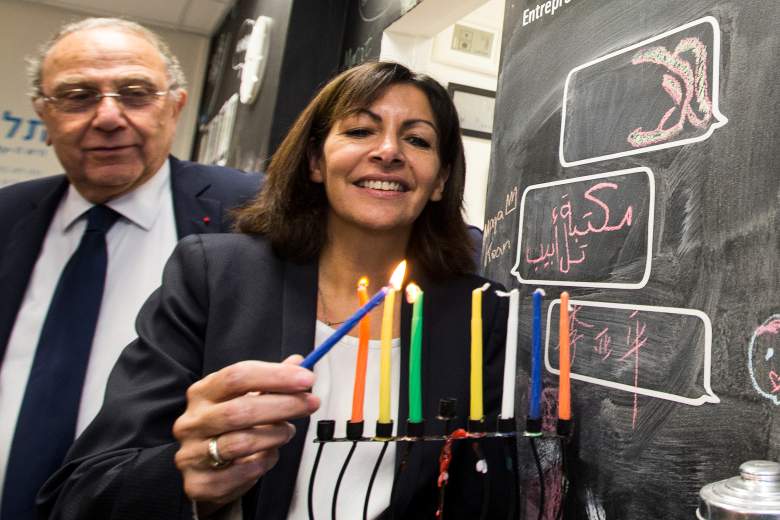 The candles used on the menorah cannot be used for any other purpose other than to be admired during the holiday. The menorah is usually placed near a window so people outside can share in the blessings of the light from the candles. Each night families let the flame of the candle burn for about a half hour while they reflect on the meaning of the light and allow the light to “speak.”

Also during Hanukkah some songs can be sung after the candle lighting each night to celebrate the holiday including “Ma’Oz Tzur,” “I Have a Little Dreidel,” “Hanukkah, Oh Hanukkah,” “Sivivon, sov, sov, sov,” “Light One Candle,” and “The Latke Song.”

Also, the gambling game of dreidel is enjoyed by many families and children. Sometimes children are given money and gifts during the eight days of Hanukkah to celebrate and teach them the importance of giving to others.

Blessings Said During the Lighting 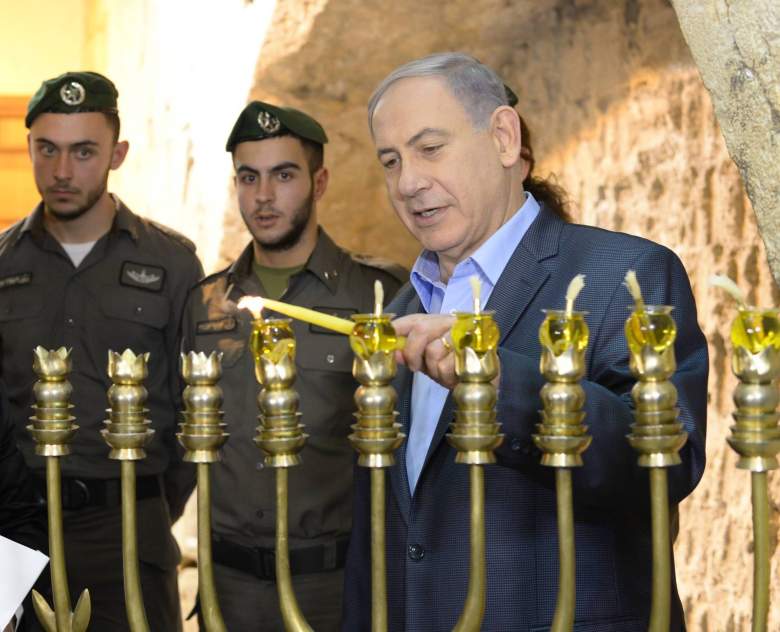 Israel Prime Minister Benjamin Netanyahu lights menorah candles on the fifth night of Chanukah at the western wall in 2014 in Jerusalem, Israel. (Getty)

There are three blessings that are said after the candles are placed in the menorah but before they are lit. On the first night all three are said but on every subsequent night only the first two are said.

Praised are You, Lord our God, King of the Universe, Who sanctified us with His commandments and commanded us to kindle the Hanukkah lights.

Praised are You, Lord our God, King of the universe, Who performed wondrous deeds for our ancestors, in those days, at this season.

Praised are You, Lord our God, King of the universe, Who has kept us in life, sustained us, and enabled us to reach this season.

Some people dedicate each candle for something specific. Some suggestions here include praying for a specific person or group of people or even a societal issue such as antisemitism.

Loading more stories
wpDiscuz
5
0
Would love your thoughts, please comment.x
()
x
| Reply
Hanukkah, the festival of lights, begins tonight. Here's what you need to know about lighting the menorah, the blessings that are said and the holiday's history.