Speaker of the House Paul Ryan, R-WI, and members of the House GOP leadership, including Majority Leader Kevin McCarthy, R-CA, and Rep. Will Hurd, R-TX, hold a news briefing. (Getty)

Another government shutdown is looming as Congress stares down a deadline to fund the government. Republicans and Democrats are trying to negotiate a budget deal, but appear to be far apart.

On September 30, the last day of the fiscal year, Congress passed a temporary spending package to avoid a shutdown and set a new deadline of December 11.

House Speaker Paul Ryan said this week that Congress will not meet that deadline.

But it the government is not expected to shut down this weekend.

Ryan said they will likely pass a bill to extend the deadline for a few days, allowing negotiations for a long term spending bill to continue, and avoiding a government shutdown, USA Today reports.

“We will not allow the government to be unfunded,” Majority Leader Kevin McCarthy said.

“We know that we’re going to get it right, instead of getting it done fast,” Ryan said Tuesday, according to Politico. “We are not going to waive the three-day rule [for considering legislation]. We’re going to make sure that members of Congress, and therefore the public, have the time to read what is agreed to. But we’re not going to let the arbitrary Dec. 11 deadline stop us from getting this right. We’re going to get the best agreement we can possibly get, and those negotiations are ongoing.”

House Minority Leader Nancy Pelosi told Defense News on Thursday she is “optimistic” about a deal.

“It shouldn’t take this long, it shouldn’t have this uncertainty, it shouldn’t be weighted down in all of this policy when, in fact, a spending bill is a great deal of policy making itself,” Pelosi said.

Congress is set for a holiday break on December 18.

President Obama said he would not sign another stopgap spending bill, but would sign a short-term measure to keep the government open if a final deal is about to be reached, White House spokesman Josh Earnest said.

“Congress needs to pass a budget on time,” Earnest said.

The last government shutdown was in 2013, from October 1 to October 16. According to the Washington Post, Americans were not happy about the shutdown. A 2013 Washington Post-ABC News poll showed that 81 percent of Americans disapproved of the shutdown, 86 percent felt it damaged the country and 53 percent held Republicans accountable.

A spending bill was passed on December 13, 2014, to avoid another shutdown. 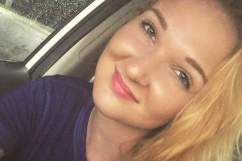