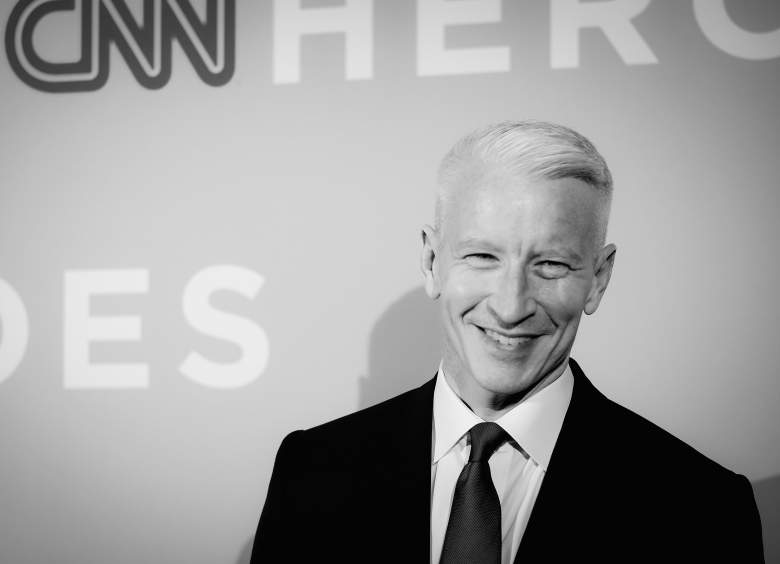 Anderson Cooper, seen here at the CNN Heroes gala, is one of Americas most popular news personalities. (Getty)

Anderson Cooper is among American TV’s most prolific and popular news personalities, with a sizeable 60 Minutes resume in addition to anchor and corresponding work for CNN. He also drew solid reviews moderating the CNN Democratic Presidential Debate and is set to host President Obama’s town hall on gun violence January 7.

1. He’s Descended From the Vanderbilts (But Won’t Inherit a Dime) 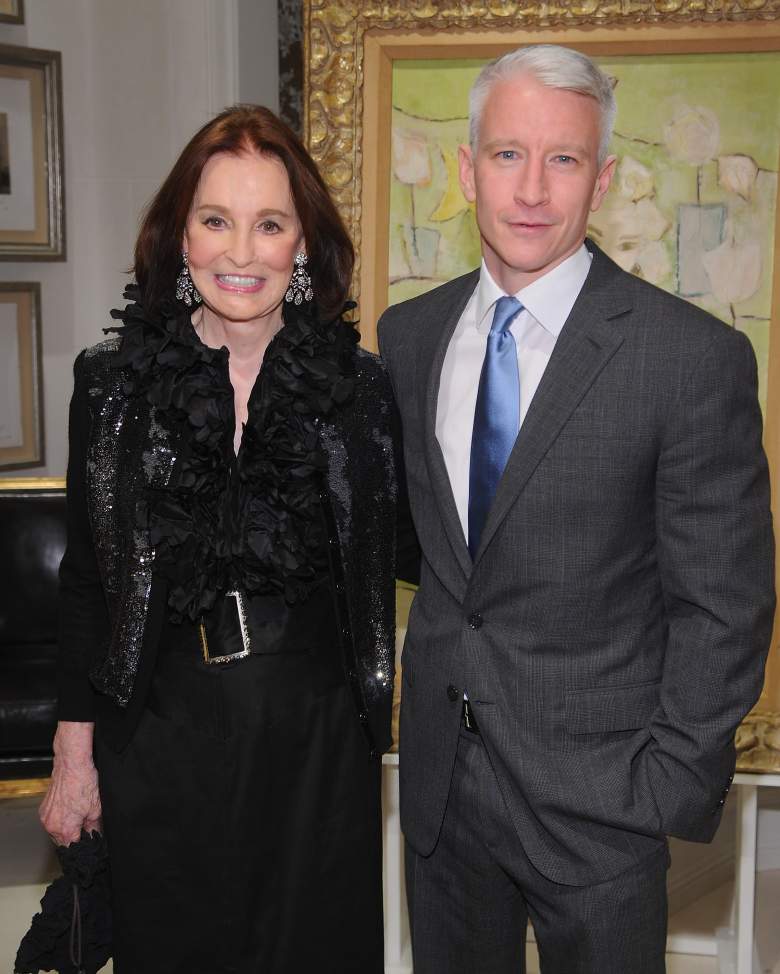 Cooper’s mother is Gloria Vanderbilt, an artist and writer. Though she’s built a name in her own right in fine art, literature, and design, she’s the great-great-granddaughter of Cornelius Vanderbilt, a 19th century railroad baron and founder of one of America’s elite universities.

Though she’s estimated to be worth nearly $200 million, Cooper has agreed with his mother’s decision not to leave an inheritance, saying:

“…if I felt that there was some pot of gold waiting for me, I don’t know that I would’ve been so motivated.”

Estimates place the money Cooper’s earned on his own at $100 million, likely influencing his decision not to seek an inheritance.

2. He Interned With the CIA Before His Journalism Career 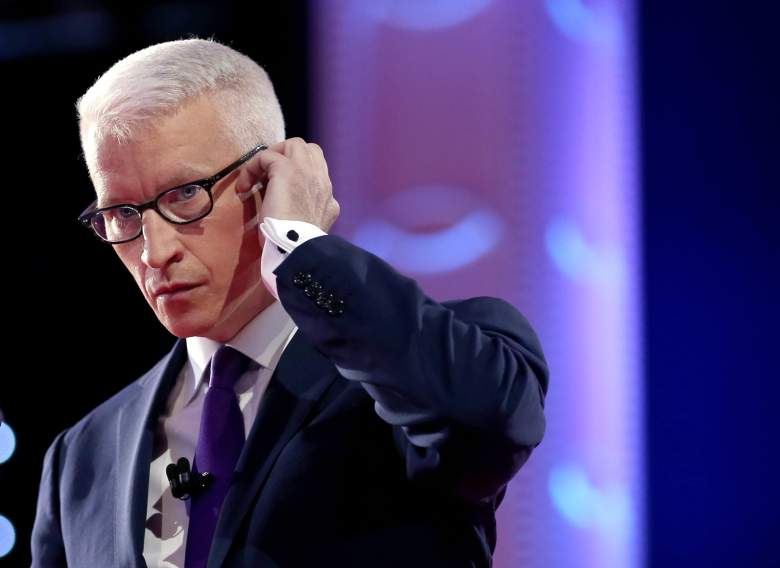 While at Yale, Cooper spent two summers as a CIA intern. Cooper describes his time there as “mostly bureaucratic and mundane”, and left the agency for a news career. His short time at the agency coincided with controversial activities in Latin America, something he’s drawn criticism for during debate moderation.

Cooper started out in journalism as a fact-checker for in-school news broadcaster Channel One News, then hatched a scheme to forge a press pass and went to war zones himself. He covered Bosnia, Somalia, and Rwanda as a freelance correspondent before rejoining Channel One as an anchor, then on to ABC and CNN.

As seen in the video above, Cooper went to Port-au-Prince in 2010 to report for CNN on the catastrophic earthquake that decimated Haiti. As conditions on the ground detoriated into riots, Cooper found a young boy hit by a thrown hunk of concrete and carried him to safety before continuing his report. Cooper later recounted the incident in further detail on his blog.

For his reporting on the earthquake crisis, Cooper received the Order of Honour and Merit from the Haitian government, with the grade of Knight (one of five grades). The award is given for “distinction” in the arts, charitable works, and media. 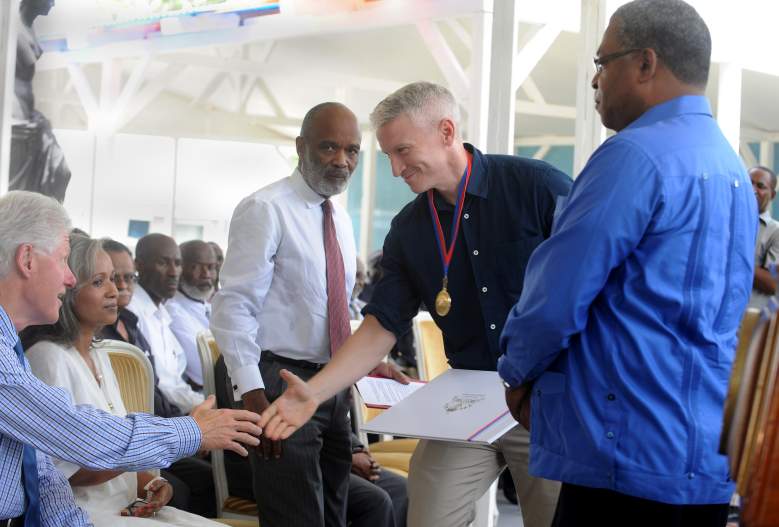 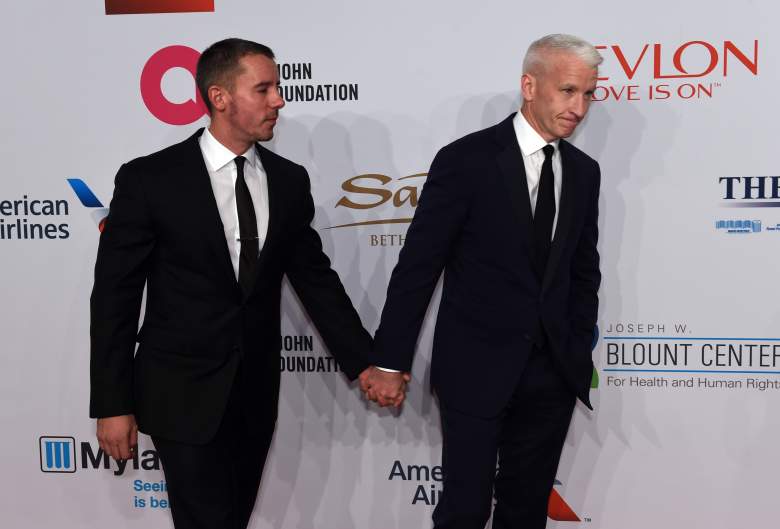 Anderson Cooper has publicly been with partner Benjamin Maisani since 2012. (Getty)

Though his sexuality was considered an “open secret” for years, he elected to keep his private life out of reporting throughout his early career. In 2012, however, he allowed Andrew Sullivan to publish a private email in which he said:

The fact is, I’m gay, always have been, always will be, and I couldn’t be any more happy, comfortable with myself, and proud.

I have always been very open and honest about this part of my life with my friends, my family, and my colleagues. In a perfect world, I don’t think it’s anyone else’s business, but I do think there is value in standing up and being counted. I’m not an activist, but I am a human being and I don’t give that up by being a journalist.

In the email, Cooper called his decision not to address his private life a matter of “professional and personal principle”:

Since I started as a reporter in war zones 20 years ago, I’ve often found myself in some very dangerous places. For my safety and the safety of those I work with, I try to blend in as much as possible, and prefer to stick to my job of telling other people’s stories, and not my own. I have found that sometimes the less an interview subject knows about me, the better I can safely and effectively do my job as a journalist.

I’ve always believed that who a reporter votes for, what religion they are, who they love, should not be something they have to discuss publicly.

However, he cited “far too many incidences” of bullying, discrimination, and violence against LGBT people as the reason he no longer felt comfortable not being “relentlessly honest”. Since coming out, he has publicly taken on anti-gay activists and attended events with partner Benjamin Maisani.

5. He Once Had Dyslexia

Though he describes his case as “mild”, Cooper was at an early age stricken with dyslexia, a reading disorder that causes letters and words to appear out of order. TED-Ed offers a detailed explanation in the following video:

Speaking with the National Center for Learning Disabilities (seen below), Cooper credited early detection and a wealth of available resources with helping him recover: 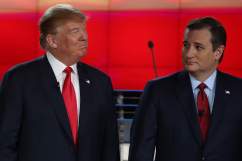 GOP Polls for Jan. 6: State of the Race in Iowa & New Hampshire