A Tennessee tutor was arrested after police said they found three young students in the trunk of her car after a concerned citizen called 911.

Andria James, 33, was arrested Sunday in La Vergne, Fox 17 News reports. She was charged with three counts of reckless endangerment and was released after posting $1,000 bail.

1. Police Say Surveillance Video Shows 3 Children Getting Out of James’ Trunk at a Gas Station

La Vergne Police said they were called to the Speedway gas station on Murfreesboro Road Sunday night after a woman said she was three children in the trunk of a woman’s car, the Daily News Journal reports.

James was driving a 2010 Chevrolet Malibu, police said. There were nine students inside the car altogether, according to police. The children ranged in age from 8 to 10 and were all students of James, police said.

2. James Says the Students Got Into the Trunk While They Were Playing

James disputed the police version of events in an interview with WKRN-TV.

She told Fox 17 News the students were not riding in the trunk, and only got inside it after they stopped, while playing. She also claimed two of the students are her own children.

“There were never nine in my car or in the store. Never,” she told WKRN. “That’s a complete and utter lie.”

She added, “All of them didn’t get in the trunk now, let’s not get it confused. All of them never got into the trunk; there was plenty of room, those kids and seat belts.”

Reading teacher Andria James was arrested for driving 3 students in her trunk. But she says thats not what happened pic.twitter.com/8QHlHgseMg

James said she had the permission of the students’ parents to take them to her house after a Saturday basketball game. They spent the night at her home in La Vergne, she said. James said she took the children to the store to get pizza and to get away from a “dangerous situation,” which she did not explain.

La Vergne Police Sergeant Hayes told the news station James did call police a day or so before Sunday, but didn’t say why.

“It’s very saddening and heartbreaking, and I have children of my own, that an adult would put other people’s children or children in harm’s way like that,” Hayes told WKRN.

3. She Has Been Placed on Leave From the Elementary School Where She Works Part Time

Hayes has been put on administrative leave from her job as a part-time tutor at the Alex Green Elementary Impact School in Northwest Davidson County, the Daily News Journal reports.

She has been working at the school since September.

“We are in contact with the authorities in Rutherford County and will cooperate fully with their investigation,” Metro Nashville schools spokesman Joe Bass said in a statement. “Obviously, the acts she is accused of are completely inappropriate for an educator entrusted with caring for students, and we will take further disciplinary action if needed as more details come to light.” 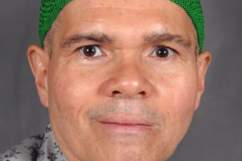 4. ‘Angry’ Parents Were Called to the Gas Station to Pick Up the Children

Police said they called the students’ angry parents to the gas station to pick up their children, News Channel 5 Reports.

“When I got there all the kids was piled up inside her vehicle, crying , scared. Was crying for their mothers, you know. I was very shocked,” one parent, Regina Rogers, told the news station. “I was very angry, very, very angry, but I kept myself together, as an adult an a mom of 6 kids.”

Rogers told News Channel 5 she allowed her 9-year-old daughter to go to James’ house to do “fun activities,” like swimming at the YMCA< skating at a local ice rink and playing at her house.

5. She Is a Jackson State University Graduate & Previously Worked as a Teacher for a Head Start Program

James graduated from Jackson State University in Mississippi in 2005 with a degree in childcare and family education, according to her Facebook page.

She went to Clarksdale High School, also in Mississippi, graduating in 2001.

James previously worked as a teacher at the Mid-Cumberland Head Start program from 2010 to 2013. She says she is currently an “intervention specialist” at the Alex Green Elementary Impact School.

She writes on her Facebook page that she has two children and has been dating her “first love” for 17 years. 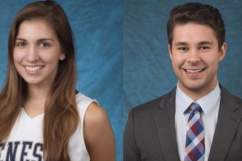