Blac Youngsta was rushed by police after withdrawing money from his bank account. (Instagram/blacyoungstafb)

Blac Youngsta is a rapper who was stopped and handcuffed by police outside an Atlanta bank after he withdrew $200,000. He shared what happened on his Instagram account for the world to see.

FEELS GOOD TO BE LEGIT #CMG

Sam Benson, a rapper who goes by the name Blac Youngsta, had withdrawn $200,000 from his checking account at a Wells Fargo bank in Atlanta on Peachtree Road, 11 Alive reported. He intended to buy a car and said he didn’t believe in checks, Rolling Out reported. “The thing is, I’m a rapper,” he told Rolling Out:

I’ve always dreamed about going in the bank, getting a half a million out and taking it to the car lot. Where I come from, we don’t believe in taking checks to the car lot, we pay cash money.”

2. Police Rushed Him at His Car, Forced Him to the Ground, and Put a Gun to His Head

Youngsta said that after he withdrew the cash, a police offer pointed in his direction. Then he was rushed by the police and they pointed guns to his head, 11 Alive reported. Witnesses said several other people, part of his entourage, jumped out of an SUV when the police arrived and they were handcuffed too, Fox 5 reported. 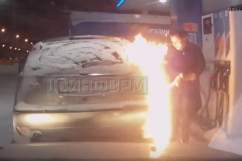 3. He Was Confused With Someone Who Had Written a Fraudulent Check Earlier

A screenshot taken from a video Blac Youngsta shared on his Instagram account where he talked about what happened. (Instagram/blacyoungstafb)

It gets a little confusing at this point as to exactly why the police suspected him. Police said someone had written a fraudulent check at the bank earlier and he was confused with that person, Rolling Out reported. While he was detained, the police took $100,000 of his $200,000, but eventually returned it after realizing he was legitimate and had $1.3 million in his account. Youngsta said, “They couldn’t believe I was young, black, handsome as hell, and they couldn’t believe I was getting $200k out.” 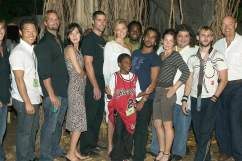 Which Scenes Were Cut from Netflix’s ‘Lost’ Finale?

4. Youngsta Said He Now Felt Like Buying a ‘Fast’ Car, Maybe a Ferrari

Youngsta had taken out the cash to buy a new car and had been considering a Maybach, 11 Alive reported. But after what happened, he said “I’m feeling fast” and was now considering a Ferrari instead.

5. Youngsta Became a Hit in 2014 After Releasing the Song ‘Heavy’

Youngsta aka Sam Benson is relatively new to the music scene. According to AllMusic, he was a hometown rapper back home in Memphis and organized the popular McMillan Street block party. He hosted the parties starting in 2011 in honor of a youth from the nieghboHis hit song “Heavy” in 2014 catapulted him to nationwide fame.

Loading more stories
wpDiscuz
6
0
Would love your thoughts, please comment.x
()
x
| Reply
Blac Youngsta was rushed by police and handcuffed outside an Atlanta bank after withdrawing money from his bank account.