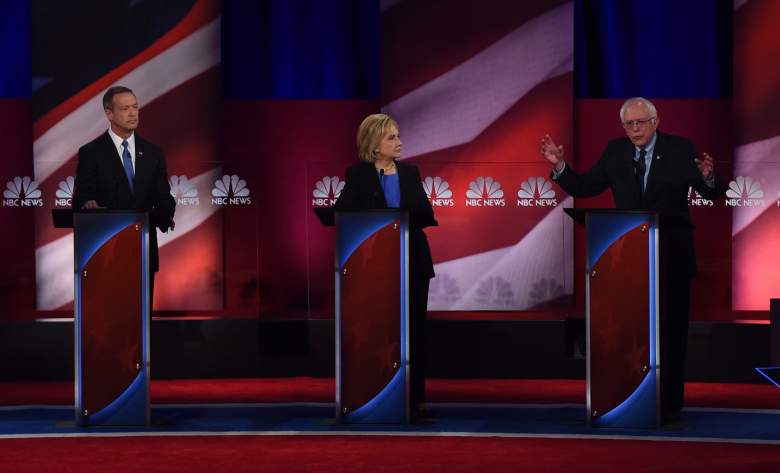 The Democratic candidates at the most recent previous event. (Getty)

With tight polling in Iowa the Democratic Presidential candidates had one last chance to convince first-state voters in a town hall forum hosted by Chris Cuomo for CNN. Rather than a debate, the event was a “town hall” format, allowing each candidate to answer questions at their own speed.

Read our recap below, then vote in our poll about who won.

When asked about his not backing away from the “socialist” label, Sanders offered a definition of democratic socialism:

Sanders: Something's wrong when rich get richer & everyone else gets poorer https://t.co/rvZtDybOgC #DemTownHall https://t.co/ZhWKj6lEAp

O’Malley called himself a believer in “fair market economic capitalism.”

Sanders admitted that he would raise taxes, but claimed his programs would save the taxpayers money in the long run:

.@BernieSanders explains why he will be raising taxes: https://t.co/rvZtDybOgC #DemTownHall https://t.co/qjl2KUsRfa

Sanders took a shot at Wall Street as well, saying that after receiving taxpayer-funded bailouts, it was time for the major financial firms to return the favor to the American people:

Sanders then advocated a minimum wage increase not only for economic justice, but as a move toward pay equality.

How about the long-deferred promise of equal pay for equal work –@MartinOMalley #DemTownHall https://t.co/rvZtDybOgC https://t.co/tTIjhmSehK

While Sanders declared himself the most progressive member of Congress, he also noted his record as the most successful member in getting amendments passed, often by working with Republicans.

Clinton called the use of military force “a last resort, not first choice.”

She touted her record working to build a coalition to force Iran to the negotiating table regarding their nuclear program and brokering a ceasefire in Gaza.

Omg. Hillary wanted to bomb Iran when she ran for office in 2008. She kept saying Obama was naïve to sit down with the Iranians #DemTownHall

Hillary called for a coalition of Muslim nations to defeat ISIS, and attacked anti-Muslim comments from Donald Trump (though she didn’t mention him by name) as detrimental to that cause.

In response to Clinton’s ad touting her credentials, Sanders stood up to vigorously touted numerous times he claimed to have opposed the political movements that have caused most of America’s problems, while Clinton was a part of them. He reiterated, however, that he respected and liked his opponents.

.@BernieSanders: "I like @HillaryClinton and I respect" her https://t.co/avxdNOphmH #DemTownHall https://t.co/iJRmVnSevv

Hillary Clinton addressed one of these “lapses in judgment” during her time:

Clinton defends vote for Iraq War: "I have a much longer history than one vote, which I've said was a mistake." #DemTownHall

O’Malley touted his record as a leader through “deep divisions” like those currently facing America:

Hillary addressed the “enthusiasm gap” between herself and Sanders:

.@HillaryClinton gets her first question from someone leaning toward @BernieSanders https://t.co/avxdNOphmH https://t.co/DR0vTh2ihB

Sanders recalled that Clinton, who challenged Sanders’s record on guns, was dubbed “Annie Oakley” by the future President Obama for her soft record on gun control. Sanders also pointed out his affirmative campaign and voting records on instant background checks and the “gun show loophole.”

Sanders addressed his athletic past, as an elementary school borough basketball champion and city finalist in the mile run.

Just how good an athlete ​was​ @BernieSanders growing up? https://t.co/oZz0jUmo8i #DemTownHall https://t.co/7OAt2hN3uh

He then switched gears to promise his health records would be released soon, and discussed the struggles his parents went through while raising him.

.@BernieSanders reflects on what his parents would think of his presidential run. #DemTownHall https://t.co/0iq1w0ukuI

Hillary claimed to have been on the “front line of change and progress” for years:

.@HillaryClinton: I've been at the front line of change and progress [for a long time]. #DemTownHall https://t.co/1n6kNlpzsi

Sanders lamented running out of time before addressing climate change.

Many were impressed with O’Malley, though not enough to vote for him:

O'Malley is solid on a lot of issues. He just needs to lose the cliche theatrics and platitudes. #DemTownHall

One user took a humorous swipe at the town hall’s demographics:

If this is representative, Iowa has way too many law students for the new economy. #DemTownHall 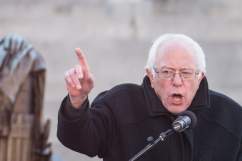 Democratic Polls for Jan. 25: State of the Race in Iowa & New Hampshire