Scene from the shooting at the Colorado Motorcycle Expo in Denver. (Twitter/Denver Police Department)

Multiple shootings and a stabbing took place near the Denver Coliseum at the National Western Complex. The altercation happened during the Colorado Motorcycle Expo, between two biker clubs, 9 News reported. At least one person died, according to the Denver Police Department.

1. The Shooting And Stabbing Occurred During the Colorado Motorcycle Expo 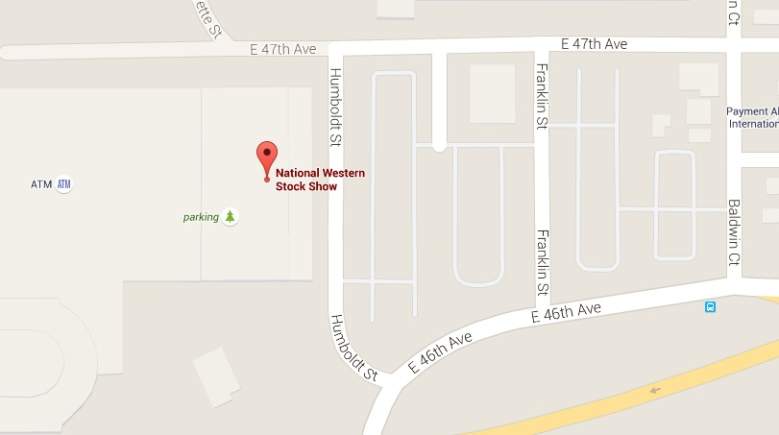 The shooting took place near 46th and Humboldt in Denver. (Google Maps)

The shooting and stabbing occurred on Saturday afternoon at East 46th Avenue and Humboldt Street, near the Colorado Motorcycle Expo, according to BNO News. Early media reports placed the incident at the Denver Coliseum, which was not accurate. Below is an interview Fox 31 had with one person who was at the Denver bike show: 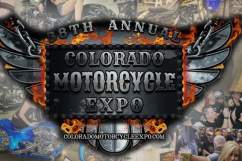 Is the Colorado Motorcycle Expo Canceled for Sunday?

2. At Least One Person Died and Multiple People Were Injured

Denver Police confirmed that one person died and seven others were injured during the fight at the National Western Complex. Four people were shot, including the person who died, 9 News reported. For awhile, the Denver Health Emergency Department was on lockdown. There was heavy police presence outside Denver Health since the injured were transported there: 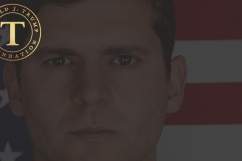 DonaldTrumpForVets: Do Donations Go to Vets or Is It a Scam?

3. Officials Have Not Said Yet Who Was Involved

Police placed this man in handcuffs and into ambulance. NOT sure how or whether he's involved. pic.twitter.com/1gUsdGXPw3

As often happens during events like these, details are coming in slowly. Officials have not yet said who was involved or what sparked the incident. NBC reported that the altercation may have been caused by a fight between The Mongols and the Iron Order biker gangs, with two people from each gang being in the hospital. Denver7 disputed this report, saying that police weren’t officially saying if it was gang related, but their reporters were hearing of at least four motorcycle gangs with people in the hospital. Later, 9 News reported that the fight was mostly among members of motorcycle clubs, but whether they were local or out-of-town members wasn’t known. One source told 9 News that one of the two clubs had law enforcement among its members and the other was listed as a “major gang” by the FBI.

A reporter from Fox 31 said that police were seen carrying evidence bags out of Denver Health:

Meanwhile, at the scene of the shooting, police cordoned off an area around boots and what might be a knife:

Police have cordoned off an area outside with boots & possibly a knife. #9news pic.twitter.com/xRyzv8JUBe

4. The Expo Has Now Been Canceled for Sunday

People gathered near closed off entrance. Many just got here to catch the expo. NO ONE allowed into arena. pic.twitter.com/wVe9qGokdT

Although early media reports placed the shooting at the Denver Coliseum, it actually started at the National Western Complex. Denver7 News reported that the entrance was closed off and no one was being allowed into the arena immediately after the shooting and stabbing. However, since that report, 9 News Denver confirmed later that the expo was still going on, but there was an increased police presence at the scene. People were even checking into the event on Facebook after the shooting and stabbing happened.

However, the event will not be happening on Sunday, 9 News later reported. The City and County of Denver decided to cancel the expo on Sunday out of respect for the investigation and public safety.

Witnessed reported that the bikes were on lockdown right after the shooting and some people had trouble going home. Visitors were asked to talk to an officer on the scene if they needed access to their bikes, KDVR reported.

5. The Colorado Motorcycle Expo Is One of the Largest in the Country

The Colorado Motorcycle Expo is one of the largest in the country. It was scheduled for Saturday from 9 am to 7 pm and Sunday from 9 am to 4 pm. According to the CME, the Expo includes the country’s largest indoor motorcycle swap meet with over 800 booths, a bike show featuring 100 vintage bikes, live music, and more events. The video above was taken during the 2015 expo.

What Are the Powerball Winning Numbers for January 30?

Loading more stories
wpDiscuz
9
0
Would love your thoughts, please comment.x
()
x
| Reply
A shooting and stabbing took place at the Colorado Motorcycle Expo. The expo has been canceled for Sunday.