One police officer was killed and another was injured in a shootout in Holladay, Utah, on Sunday, police say. A suspect was also killed.

The suspect has been identified as Cory Lee Henderson, according to the Deseret News.

Here’s what you need to know about Barney and the shooting:

1. The Officers Were Responding to a Traffic Accident When the Shootout Occurred

NOW: @UPDSL says incident started as as a traffic accident in the intersection of 2300 E 4500 South. @KUTV2News pic.twitter.com/F6JfMAItpI

Officer Doug Barney and Officer John Richey were responding to a report of a traffic accident at 2160 E. 4500 South, the Deseret News reports.

Police said the officers were involved in a confrontation with the suspect, identified as Cory Henderson, before the shooting began. The suspect fled and was later fatally shot by other officers.

A witness, who was not identified, told the Deseret News he saw one officer down in his neighbor’s driveway.

“As they were tending to the officer, the other officers went in pursuit around the side of the home in the cul-de-sac. Within about 30 or 45 seconds after, that’s when we heard the hail of gunfire,” the man said.

Henderson was wanted on state and federal warrants and was known to carry firearms, police said. He died at the scene.

Richey was shot three times and is still hospitalized. Barney died at the hospital.

2. Barney Was a Cancer Survivor & the Father of 3 Children

As he leaves, Winder distributes photo of officer Barney. He was a loving father of three children, the sheriff says #holladayshooting

Sheriff Jim Winder said at a press conference Sunday that Barney was a “loving” husband and father of three children, the Deseret News reports.

On scene in Holladay where two officers and one suspect were shot, intense search now for second suspect #breaking pic.twitter.com/mvWtFM0Jp4

He worked as a police officer for 18 years.

Barney, who has worked as a school resource officer, battled cancer for several years, according to a 2010 KSL-TV story about a dodgeball fundraiser held at a local school.

He had been fighting bladder cancer off and on for seven years at the time.

“I’m really touched and just amazed at what you guys have done,” Barney told the students. “This is incredible.”

3. A Woman Who Was in the Car With Henderson Was Caught After Running From the Crash

Woman ID'd as only caucasian w/ blond hair, she may be injured. Anyone with info is asked to call @slcpd at 801-799-3000 #holladayshooting

A woman, described only as blond and Caucasian, fled from the scene of the shooting, police said.

After teams of officers searched the area around the crash scene, the woman was taken into custody for question Sunday night, CNN reports.

“She matches the description of a woman who was walking away from the scene of the accident and she is one of many female acquaintances of the suspect. At this point she is just being held for leaving the scene of an accident,” Lt. Rex Bell told CNN.

Police said at a press conference that the woman might have been injured. 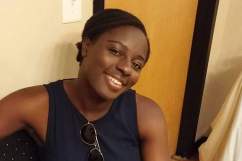 4. Two People Related to the Suspect Were Taken Into Custody

Cory Henderson, left, with his brother, who was arrested at the shooting scene after Henderson was killed. (Facebook)

Police used a Taser on the suspect’s brother, the news station reports.

His mother was later released, while his brother, Jaiden Snyder, 18, was charged with assault against a police officer, interfering with an arresting officer, failure to stop at the command of law enforcement, disorderly conduct and threats of violence.

According to the Deseret News, Henderson’s criminal history includes arrests for drugs, weapons, assault and theft. He was convicted of possession of drugs or drug paraphernalia in 2009, 2010, 2013 and 2015. He was imprisoned for possession of a firearm by a restricted person in 2014 and was jailed on parole violations in November and December last year.

Court documents show he was released to the Fortitude Treatment Center on December 7, 2015.

5. Barney Is the First Police Officer Killed in the Line of Duty in 2016

A look at another of several scenes, police briefing expected at 12:15 #HolladayShooting pic.twitter.com/AUXJdHSzEi

Officer Doug Barney is the first police officer killed in the line of duty in 2016, according to the Officer Down Memorial Page.

There were 35 police officers fatally shot in 2015, the website reports.

“It is a dangerous job and obviously this is a tragic reminder of that. Two officers shot on what started off maybe as a traffic accident,” Lt. Rex Bell told the Salt Lake Tribune. “It’s an emotional time right now. Obviously we’re trying to get through that as an agency, as an organization and a brotherhood.”

A police officer in Danville, Ohio, Thomas Cottrell, was shot and killed late Sunday night, 12 hours after Barney’s death. A suspect, Herschel Jones III, 32, was taken into custody. Read more about that shooting at the link below: 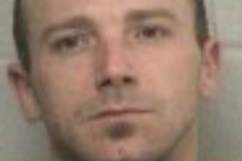