According to police captain James Clark, Archer told detectives during an interview, “I follow Allah, I pledge my allegiance to the Islamic state.”

1. Archer Is Accused of Firing 13 Bullets From a Stolen Police Gun at Officer Jesse Hartnett

The Philadelphia Inquirer reports that Archer is accused of firing 13 bullets into Hartnett’s cruiser. The five-year veteran survived but “faces a long recovery,” according to authorities.

Authorities have not commented on a possible motive for the shooting with the FBI now assisting the investigation. Fox Philadelphia reports that police believe the gun used to attack Hartnett was a stolen police weapon. The gun was taken from the home of an officer in a 2013 robbery, reports the Philadelphia Inquirer. 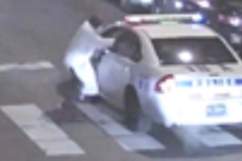 2. Archer’s Mother Says Her Son Has Been ‘Hearing Voices in His Head’

Surveillance images from the scene of the attack appear to the show the suspect wearing a long white robe, which ABC Philadelphia describes as “muslim garb.”

In a candid interview with the Philadelphia Inquirer’s Mari Schaefer, Archer’s mother said that the suspect has “been hearing voices in his head.” In a press conference on January 8, Philadelphia Police Commissioner Richard Ross told the media that the suspect told officers that “police bend laws that are contrary to the teachings of the Quran.”

Philadelphia Mayor Jim Kenney stressed that the attack had nothing to do with Islam. Meanwhile, the Council of American-Islamic Relations executive director in Philadelphia Jacob Bender told the Philadelphia Inquirer, “We need more information. Was he in contact with any bona fide terrorist or anything like that? We don’t know.

Praying for Officer Hartnett. Threats from homegrown radicalism continue to grow. We need a president who will lead the fight against it.

3. Archer Was Wounded 3 Times in the Attack

Archer was arrested as he tried to flee the scene, reports CBS Philadelphia. Hartnett had managed to return fire and Archer was hit three times. The officer was awake at the time he went into surgery. Hartnett suffered extensive damage to his left arm. In calling for backup, the officer said, “I’m bleeding heavily!”

4. Hartnett Is a Coast Guard Veteran

Hartnett is an officer in the 18th district and has been on the force for five years. According to his LinkedIn page, Hartnett is a graduate of Delaware County Community College, where he studied security, and has served in the U.S. Coast Guard as well as working for Exelon Nuclear.

Speaking to Fox Philadelphia, Hartnett’s father, Robert, said his son is in good spirits and is a “tough guy.”

Police Commissioner Richard Ross called the shooting “absolutely evil.” ABC Philadelphia reports Ross telling the media at the Penn Presbyterian Medical Center, where Hartnett is being treated, that “It’s an absolute ambush.” Ross later told reporters that Archer “started firing with one aim and one aim only, to kill [Hartnett].”

The town of Yeadon where Archer hails is seven miles west of Philadelphia. 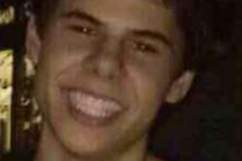 Loading more stories
wpDiscuz
59
0
Would love your thoughts, please comment.x
()
x
| Reply
The man suspected of shooting a Philadelphia cop reportedly told officers that he did so "in the name of Islam." Later, authorities say Edward Arched pledged his allegiance to ISIS.