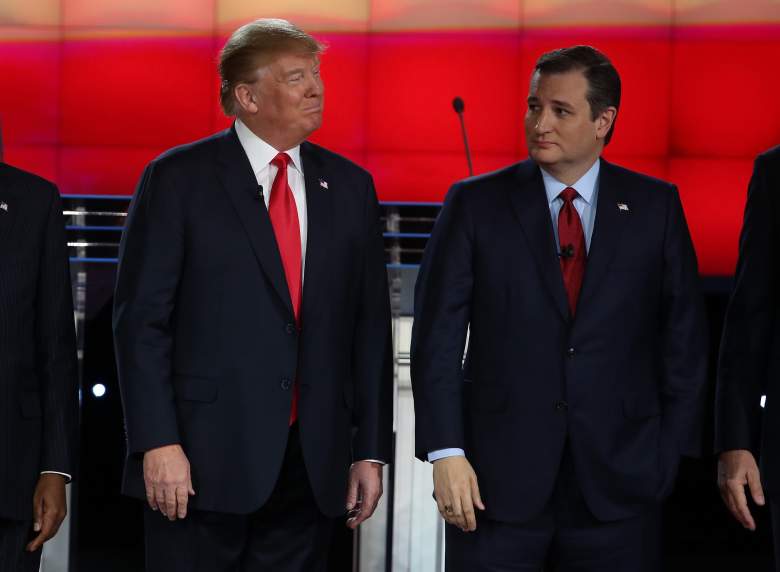 Thursday’s GOP debate featured back-and-forth on several hot-button issues. Read on for a recap, then vote for tonight’s winner in the poll at the bottom of the post.

The immigration debate started with the foreign-born candidate: Ted Cruz went back and forth with Donald Trump about his eligibility for President, at one point even bringing up Trump’s mother:

All candidates on the stage denounced President Obama’s plan to introduce gun restrictions through executive action. Trump claimed that a more liberal gun buying environment would lead to “bullets going the other way” and a lower death toll.

Trump opened the trade debate by advocating a tariff against Chinese goods. Cruz disputed specifics of his point but agreed with the general idea.

While Ben Carson advocated the flat consumption-based FairTax, Marco Rubio took issue with the VAT tax he claimed Cruz is proposing. Cruz disputed the idea that the tax in question was called a VAT, instead referring to it as a “business flat tax” and in turn denouncing Rubio’s top tax rate of 35 percent.

We need to break the #WashingtonCartel by ending the subsidies and mandates with my Simple Flat Tax. #GOPDebate https://t.co/w01RJXo7AO

Christie said that a major component of America’s criminal justice issues is the President’s deference to criminals rather than police officers:

This President gives the benefit of the doubt to criminals not our police officers. #GOPDebate https://t.co/rBBkAtl4tJ

Rand Paul’s disinclusion didn’t stop his supporters from making their voice heard at the debate:

While it’s impossible to know how a debate will affect polls this quickly, and it’s not really possible to declare a debate “winner” anyway, analyst Frank Lutz had the following impression from his focus groups:

My focus group says tonight's #GOPDebate winner is @TedCruz. ? He is no longer a "long shot."

On guns, @MarcoRubio is rocking it. "Terrorists don't buy guns at gun shows" hit 99 with my focus group conservatives. #GOPDebate ?

Donald Trump's comments supporting and defending police officers top 90 with my focus group. It had to be said. #GOPDebate

"We need professional negotiators, not political hacks" from @realDonaldTrump scores 89 with my focus group. #GOPDebate

Not everyone did so well, with Lutz having harsh words for Bush:

Lesson for Jeb: Leave Trump alone. You're not Ted Cruz. Don't act like him, you can't pull it off as well. #GOPDebate