Lisa and John Robinson and their daughter Tiffany appeared on The Today show with the winning Powerball ticket. (Facebook)

John and Lisa Robinson won the huge Powerball jackpot. They are the winners from Munford, Tennessee. They said they went on the Today show first because their lawyer suggested they do that to help control the story and let the American people know who won. They were one of three winners of the $1.5 billion jackpot, from Tennessee, Florida, and California. Who are the Robinsons? Who are their children? What are their jobs?

1. They Appeared on the ‘Today’ Show Before Claiming the Winning Ticket

John and Lisa Robinson appeared on the Today show with what appeared to be a winning ticket. Their daughter Tiffany appeared on the show with them, along with their lawyer Joe Townsend and his daughter Eileen. Today host Savannah Guthrie emphasized this hadn’t been verified and the caption on TV even said “winning ticket” in quotes. Since appearing on the show, they have claimed their win in Tennessee. A picture shows them standing and holding a $528.8 million check. They will be taking home substantially less than that, however. Their lump sum payout will be about $327 million, ABC News reported.

The Robinsons said they bought four tickets at Naifeh’s Food Mart at 6:56 pm on Wednesday night, where the winning ticket was sold. Naifeh’s is just a block from their home in Munford, Tennessee. John said he bought four tickets, one for him, his wife, and their two children. They used the quick pick option, where the computer chooses the numbers.

The owner of Naifeh’s Food Mart, Dana Naifeh, said she was on cloud nine about selling the winning ticket, WMC5 reported. The Naifehs said they plan to share their winnings with all the employees who work at the food mart. The store is owned by the family of Jimmy Naifeh, former speaker of the Tennessee House of Representatives.

Lisa Robinson works in a dermatologist’s office and plans to continue working at her job, even returning on Monday, the Today show reported. John works in information technology at a maintenance distribution center. Their daughter, Tiffany, lives nearby and recently graduated from college at Murray State, and their son, Adam, is an electrician, ABC News reported. 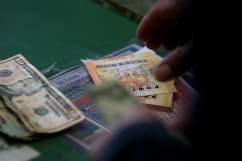 2. They Have Since Verified Their Big Win

It's official! Lisa and John Robinson and fam, of Munford, are overnight millionaires! #Powerball pic.twitter.com/MHYptprP2P

Tennessee lottery officials have verified the Robinsons’ claim, confirming that they did indeed win 1/3 of the biggest Powerball jackpot in history. According to Tennessee law, the winner must come in person with their ticket in hand and identification.

John said he was going home from work when his wife called and asked him to pick up a Powerball ticket. He didn’t want to because he wasn’t feeling well, but he went ahead and bought four. When he got home, he gave the tickets to his wife and went to bed. She was the one who first realized they had won.

The next day, John said he tried to surprise his daughter by getting her to come over to bring him medicine, saying he was sick. She sent someone else to run the errand, so he called and shared the happy news. The Daily Mail reported that Tiffany said she hopes her parents might buy her a horse. The Robinsons have said that they plan to keep working and stay in their home. The first thing they’re going to do is pay off some loans. 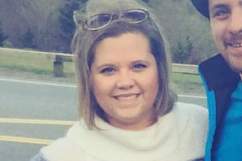 3. The Robinsons Said They Went to National News First to ‘Control’ the Story

This is a screenshot from the video showing the Powerball winning numbers as they were drawn. (Powerball)

The Robinsons claimed that they went on national news first, before claiming their ticket, because they wanted to “control” the story, CNN reported. They said that was their lawyer Joe Townsend’s idea. Townsend said:

John said that he was scared when he first saw he had the winning ticket, because he didn’t know what to do, Today reported. All he knew is that he wanted to get a lawyer and an accountant. He added:

Now I’ll be nervous because everybody knows.”

Munford mayor Dwayne Cole said the city plans to name a day in honor of the Powerball winner, WMC5 reported. Munford is a city of 6,000 people. In November, the city’s high school band took part in the national Macy’s Thanksgiving Day Parade.

Administrator Ian Hendry, from the Memphis Dermatology Clinic where Lisa works, said Lisa called them wanting to make sure they wouldn’t fall behind while she was out of town. He said Lisa is very popular at the clinic and she and her husband are “good Christian people,” Daily Mail reported. Their friend Lisa Bullifin added: “It could not happen to a nicer family.”

4. The Robinsons Plan on Continuing to Work at Their Jobs

The Robinsons have no plans to give up their jobs now that they’ve won. Both said they’re going back to work on Monday, the New York Daily News reported. Their first plan is to pay off their daughter’s student loans and then they’ll tithe heavily to the church.

Although this couple is very generous, don’t be fooled by a recent website called “John and Lisa Give Back” that’s claiming the Robinsons will give you $10,000 if you just share the website’s link. That site appears to be a scam. Read more about it here.

5. Two Other Winners Were From California and Florida

This is the 7-11 where the winning Powerball in California was sold, and the cashier who sold it. (Twitter/Erica Nochlin)

The other two winners for the Powerball were from Chino Hills, California, and Florida. The January 13 Powerball was the largest jackpot in Powerball’s history at $1.5 billion. If all the winners chose a lump sum, then about $930 million before taxes would be split among the three winners. After taxes, each winner will bring home about about $327.8 million if they choose the lump sum.

There have also been quite a few Powerball hoaxes so far.

A number of unverified people have been announcing that they won the Powerball. The photo above was shared on Instagram and Twitter by professional skateboarder Erik Bragg, claiming he had won the Powerball. People were quick to doubt his claims, saying that if you looked closely at the ticket you could tell it was Photoshopped. 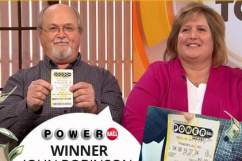 Read More
5 Fast Facts, Breaking News, Powerball
Follow Heavy ↓
wpDiscuz
72
0
Would love your thoughts, please comment.x
()
x
| Reply
John & Lisa Robinson are the first verified winner of the Powerball jackpot. Who are they? What are their jobs? Who are their children? Find out more here.