The city of Chicago has released another video showing a controversial police shooting, the Chicago Tribune reports.

The video showing Officer Kevin Fry, who is white, fatally shooting a 17-year-old unarmed black teen, Cedrick Chatman, during a 2013 pursuit was made public Thursday afternoon. Chatman’s family has filed a federal lawsuit against Fry, the city and the police department.

Fry, who has been a Chicago officer since 2003, was not charged or disciplined in the shooting.

The video is low quality and was recorded by a business’s surveillance camera, showing the shooting from a distance, the Tribune reports.

Its release comes as a spotlight remains on the Chicago Police Department after Officer Jason Van Dyke was charged with murder in the shooting death of another 17-year-old, Laquan McDonald. The outrage over that video and the way the investigation was handled led to the resignation of the city’s police chief, calls for Mayor Rahm Emanuel and State’s Attorney Anita Alvarez to also step down and pledges of reform by city and police officials.

The city had originally fought the release of the Chatman video, but decided this week that it would be made public.

1. Fry Says He Shot Chatman Because He ‘Feared for His Life’ After the Teen Pointed a ‘Black Object’ at Him

Cedrick Chatman was fatally shot on January 7, 2013, at about 1:45 p.m. near 75th Street and Boulevard, according to court documents from his family’s lawsuit against the city, which you can read above.

Officer Kevin Fry was responding to a call for a reported carjacking along with his partner, Officer Lou Toth. The officers stopped a car matching the description of the stolen car, a silver Dodge Charger, and Chatman got out and ran, police said.

Chatman ran south with the two officers following. Fry ran diagonally to try to cut off Chatman’s path, and says at some point Chatman “pointed a dark object back toward the officers as he continued to run,” according to the Independent Police Review Authority records seen by the Chicago Tribune.

Fry said he “feared for his life” and fired four shots, hitting Chatman twice, in the right side of his body and his forearm. Toth, Fry’s partner, did not fire.

Watch the video of the shooting below:

Police investigators said they did not find a weapon, but found a black iPhone box believed to be the dark object seen by Fry.

Chatman’s family claims in their lawsuit that the teen was running with his back to the officers and was about to turn a corner when he was shot. They say the video proves that.

Fry’s lawyer, Andrew Hale, said in a statement to the Tribune the video supports the police account.

“Officers Fry and Toth identified a carjacked vehicle and had reason to believe that the suspect was armed,” Hale said. “After disobeying the officer’s order to exit the vehicle, the suspect reached to the floor and ran out of the vehicle with a dark object in his hand.”

2. The Shooting Was Ruled to Be Justified & Prosecutors Found ‘Insufficient Evidence’ for Criminal Charges

The Chicago Independent Police Review Authority ruled the shooting to be justified, the Chicago Reader reported.

Prosecutors decided there was “insufficient evidence” for criminal charges.

Fry was not disciplined. 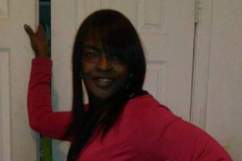 The city settled a lawsuit in 2009 with Eric Tonson, who was also shot by Officer Kevin Fry while unarmed. Tonson was paid $99,000, according to court records.

Tonson was suspected of having a gun in his jacket by Fry and two other officers, according to court documents. He fled from the officers and they chased him into a schoolyard, where he was cornered. Police said Tonson reached into his waistband and extended his arm toward Fry and the other officers. Fry shot once and another officer fired twice, hitting Tonson in the neck. He survived the shooting.

Police did not find a gun at the scene. Less than three months before Fry shot Chatman, IPRA determined the shooting was justified, the Chicago Reader reports.

As I reported in May, Fry had previously been involved in the shooting of another unarmed 17-year-old. On a summer night in 2007, in the Austin neighborhood, Fry and two other officers stopped Eric Tonson because they suspected he had a gun—his jacket pocket was drooping and he was clutching that side, the officers would later maintain. Tonson fled into a schoolyard, and Fry and one of the other officers chased him and cornered him in a dark alcove. Then, according to the officers, Tonson reached into his waistband and extended his arm at the officers. They said they saw something shiny and opened fire, Fry shooting once and the other officer twice. One of the shots—it was never clear whose—struck Tonson in the neck. He survived.

4. There Have Been At Least 30 Complaints Made Against Fry, But None Led to Discipline

According to data collected by the Citizens Police Data Project, there have been at least 30 complaints made against Fry since he became an officer in 2003, but none led to discipline against him.

The complaints include excessive use of force, false arrest, criminal misconduct, verbal abuse and illegal search. Details of the complaints were not immediately available.

Of the 30 complaints, Fry was exonerated in two, 10 were not sustained, five were marked unfounded and 13 were marked “other.” 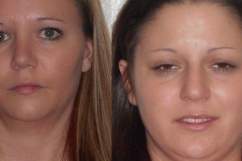 5. A Former Police Investigator Claims He Was Forced to Change His Ruling on the Chatman Shooting

The Chatman death is one of six police-involved shootings that former IPRA investigator Lorenzo Davis claims he was forced to change after finding against the officer.

Davis, who was fired IPRA, told CNN, the video “shows a shooting that should not have occurred. In my point of view, if you do not have to kill a person, then why would you?”

Davis says he found the shooting to be excessive and not justified, but officials forced him to change his ruling to justified.

The former investigator has filed a lawsuit against the city.

“If Officer Fry believed his life was in danger, then his fear was unreasonable,” Davis told CNN. “(He) should not have taken this young man’s life.” 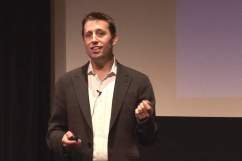