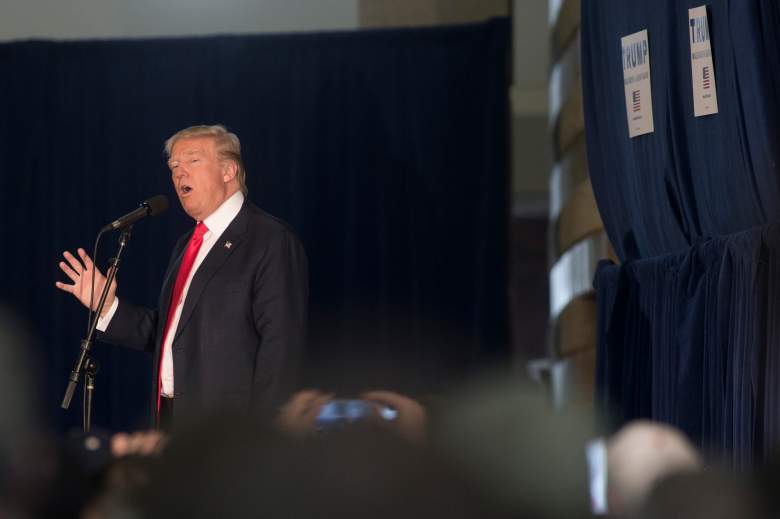 Donald Trump, seen here campaigning in Iowa, is catching up there, with leads in Iowa and New Hampshire. (Getty)

There are just 20 days between today and the Iowa caucus, and each new day is crucial to the campaign. Candidates are looking to shore up key support and preparing for the next debate on Thursday. Several new polls have come out since Friday, offering an updated glimpse into the race.

A national poll released Monday continues to show Donald Trump with a strong national lead, a Monmouth poll shows an increasing lead in New Hampshire, and a poll by Quinnipiac released Monday shows him ahead in Iowa. Ted Cruz still holds Iowa according to polling aggregations by HuffPost Pollster and RealClearPolitics. Marco Rubio, while coming in third in horserace polls for Iowa and as far as fourth in New Hampshire, is the bettors’ favorite to win the national nomination. Behind those three, the polling numbers are growing grim, though there is good news in the betting markets for Jeb Bush. 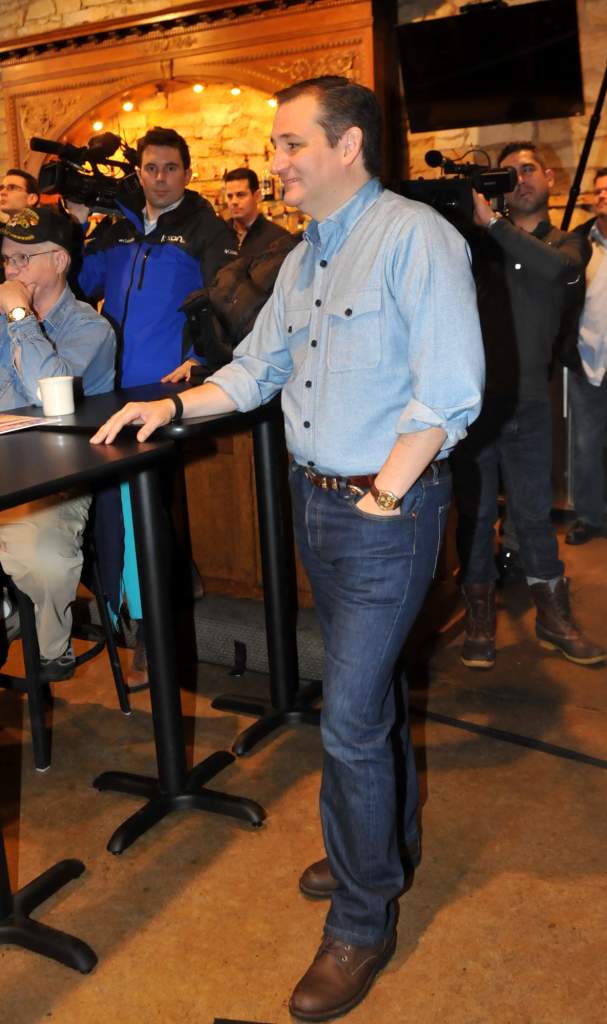 Ted Cruz in Iowa, where he holds the polling lead. (Getty)

A new Iowa poll by Quinnipiac shows Trump retaking the lead from Cruz, 31 percent to 29 percent. Rubio comes in third at 15, with Carson at 12. The monthly polling averages for Iowa, as compiled by RealClearPolitics, show Cruz with a 2.8-point lead at 30.2 percent, with Trump at 27.4 percent, Rubio at 12.6, and Carson at 8.6. HuffPost Pollster, which has slightly different standards for poll inclusion, has Cruz with a 6.9-point lead over Trump at 33.7 percent to 26.8 percent, with Marco Rubio 13.3 and Ben Carson at 5.1.

There was significant movement in the PredictWise betting market aggregation, with Ted Cruz falling 5 points from 77 to 72 percent. Trump rises a point to 21 percent, Jeb Bush re-entered the board at 3 percent, and Ben Carson rose to 2 percent, with Rubio and John Kasich at 1 percent. 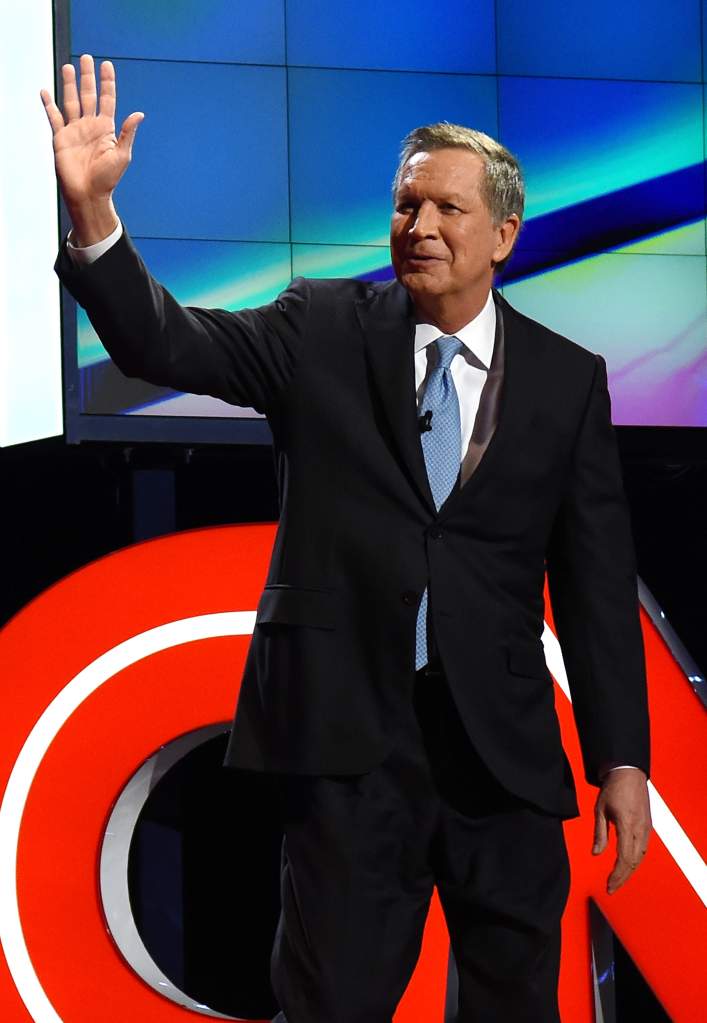 John Kasich, here at the December 15 debate, got some welcome news from a new poll in his bid to stay on the main stage. (Getty)

According to a new Monmouth poll released Monday, Trump has opened up an 18-point lead on the field with 32 percent. Cruz and Kasich are next with 14 percent each, while Rubio slips to fourth with 12 percent. These numbers seem like they’re not good news for anyone but Trump, the jump to runner-up status comes just in time for Kasich, who is on the bubble for the main stage under the new debate criteria. The poll also reveals that only 1 in 3 likely primary voters have chosen a candidate.

Trump posted his best odds yet, according to PredictWise, rising to 50 percent. Rubio fell from 19 to 18 percent, Cruz from 14 to 13 percent and a third-place tie with Chris Christie, and Jeb Bush and Mike Huckabee with 2 percent leading the rest of the field. 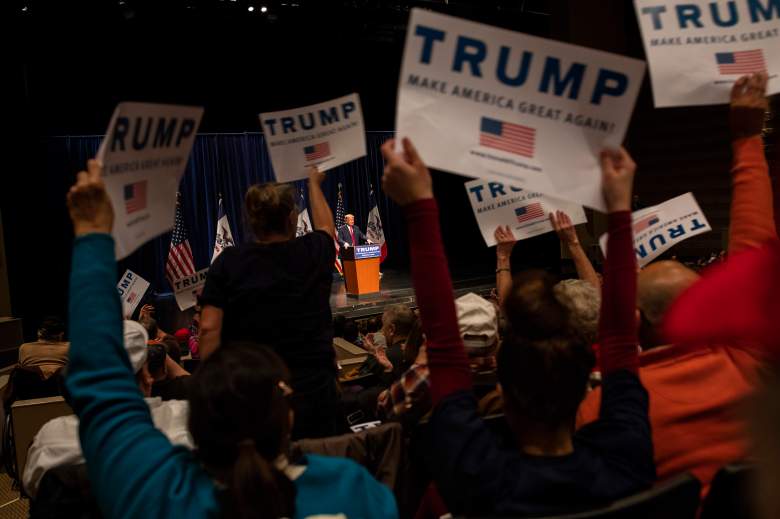 International Business Daily released a new national poll showing Trump with a 16-point lead over Cruz at 34 percent to Cruz’s 18, with Rubio at 9 and Carson at 8. Cruz picks up 24 percent of second-choice votes in the last poll to Trump’s 9 percent. This could have an unpredictable effect: candidates dropping out after Iowa could cause a Cruz surge, but there’s no indication whose supporters made him their backup. The updated RealClearPolitics averages have Trump at 34 percent, Cruz at 20, Rubio at 11, and Carson at 9.5.

Rubio remains the betting markets’ favorite according to PredictWise, holding at 33 percent. Trump rises one point to 28 percent, Cruz falls two to 23 percent, Bush rises to 11, and Christie holds at 4.