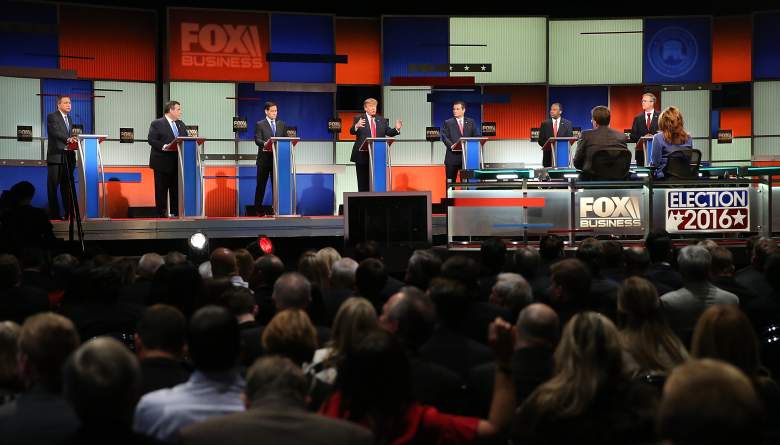 We’re just 16 days from the Iowa caucus, and things are heating up. It’s too early to see polling differences from Thursday’s debate, and no organizations released polls today. Recent polls indicate that Ted Cruz leads Donald Trump in Iowa, with Marco Rubio third. Trump continues to lead in New Hampshire and nationally, with Cruz running second nationally and Rubio leading a close race for runner-up in New Hampshire.

Cruz and Trump, who continued to spar about Cruz’s citizenship in the January 14 debate (seen above), are neck-and-neck in Iowa. Cruz leads according to the Des Moines Register poll, widely regarded as the most accurate, but Trump takes the lead in the latest Gravis and Public Policy Polling releases. The RealClearPolitics averages show Trump with a 0.4-point lead over Cruz at 27.3 to 26.9 percent, with Rubio running third at 11.9 percent and Carson fourth at 9.

FiveThirtyEight, which takes more than polls into account, shows Cruz with a 51 percent chance of taking Iowa, with Trump at 29 percent and Rubio at 14.

The betting markets as aggregated by Predictwise have taken a sharp downward turn for Cruz, falling from 79 percent at the beginning of the year to 58 percent now. Trump, in the same period, has risen from the low 20s to 33 percent, with Rubio taking 6 percent and Jeb Bush 5. 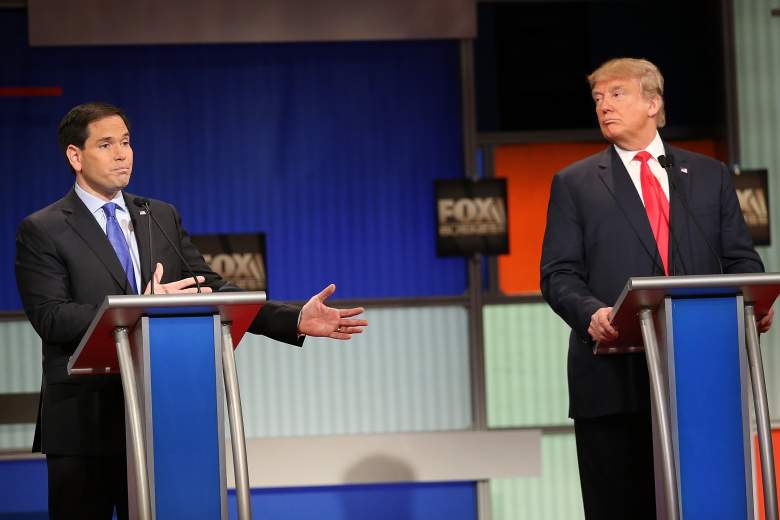 FiveThirtyEight gives Trump a 39 percent chance to win New Hampshire, with Rubio at 21 percent, Cruz at 13, and Kasich at 11.

The PredictWise betting averages show Trump continuing his month-long climb, with a 56 percent chance to take the state. Rubio runs second with 15 percent, then Cruz at 11 percent, with everyone else in single digits.

Click below for a national polling roundup and a discussion of today’s news.