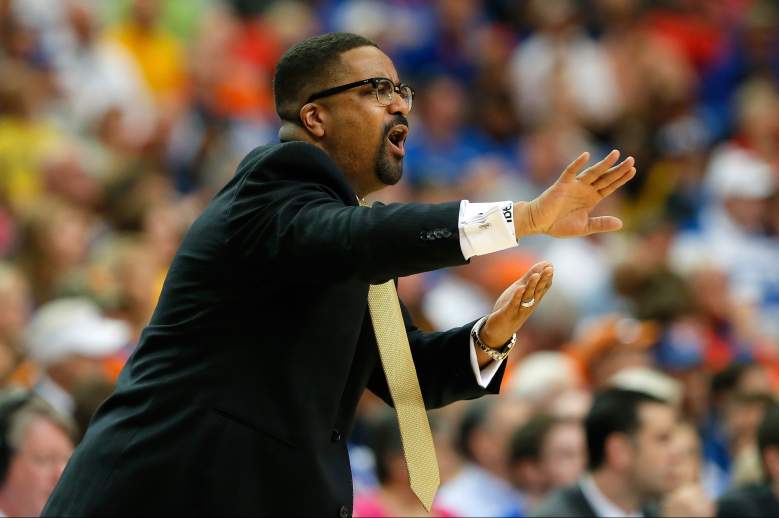 The University of Missouri on Wednesday announced the results of a lengthy review of violations committed by its basketball program by the NCAA. Sports Editor Jeff Rosen of The Kansas City Star broke the news on his Twitter account initially.

The school apparently had violations categorized in three of the four levels of NCAA violations. The NCAA enforcement process ranges from Level I and Level II, major infractions, to Level III and Level IV, which are more secondary. Read the full list of infractions below, as presented by the University of Missouri, as well as what Mizzou’s self-imposed actions were once the violations were discovered:

For the past nineteen months, the University of Missouri has worked collaboratively with the NCAA enforcement staff to review potential violations in its men’s basketball program. In December 2013, the NCAA enforcement staff received information regarding potential violations involving a then men’s basketball student-athlete. A verbal notice of inquiry was provided to the institution on April 14, 2014.

Through the collaborative investigation, it has become evident violations of NCAA bylaws occurred dating back to 2011. There are four levels of violations in the NCAA enforcement process, ranging from Level I and Level II, considered major infractions, to Level III and Level IV, which are secondary in nature. The violations based on supporting evidence which both the university and the NCAA agree occurred, include:

– Level II – A second donor (Representative #2) was discovered to have provided impermissible benefits to 11 student-athletes and three members of one student-athlete’s family from 2011-2014. The benefits included providing student-athletes with a “friends & family” reduced rate at a hotel as well as meals and a ride on a recreational boat. A Missouri men’s basketball student-manager also provided transportation for multiple student-athletes to the hotel from the Missouri campus, all in violation of NCAA bylaws.

– Level II – Because the University of Missouri did not fully vet the summer internship employment opportunity and follow-up to request documentation at the conclusion of the 2013 and 2014 internships with Representative #1, the institution was cited with a failure to adequately monitor the internship program.

– Level III – A former associate head men’s basketball coach assisted in the relocation of a prospective student-athlete by providing the phone number of the prospect’s mother to a donor (Representative #2) to arrange for rental housing. The family paid a market rate for the rental. However, the actions of the former associate head coach are in violation of NCAA bylaws.

– Level III – Representative #1 had multiple impermissible recruiting contacts with a prospective student-athlete and paid for a meal for a non-scholastic coach, in violation of NCAA bylaws.
Once NCAA violations were substantiated in this process, the university took action to hold student-athletes, staff and donors who were involved accountable. Those actions are:

Restitution and withholding from competition for impermissible benefits received by student-athletes was imposed as necessary.

The former associate head men’s basketball coach was prohibited from off-campus recruiting for a period of three months while the review process was underway.

The university disassociated Representative #2 for a period of two years, prohibiting him from receiving tickets, making donations or otherwise representing the university.

The university vacated all wins from the 2013-14 season.

The university will pay the NCAA a fine in the prescribed amount of $5,000.

The university self-imposed the loss of one men’s basketball scholarship in 2015-16 and an additional scholarship loss to be incurred no later than the 2017-18 season.

The university placed restrictions on the recruiting activities of the men’s basketball staff during the years of 2014-15 through 2016-17.

The violations originated under the tenure of the previous men’s basketball staff and there is no evidence that any current staff members were aware of the violations. Though self-imposing a postseason ban for this season is difficult for our student-athletes, our coaches and our loyal supporters, it is an appropriate measure in holding the institution accountable and is consistent with the NCAA penalty structure for these levels of violations.

The University of Missouri is confident in our comprehensive compliance program for all our student-athletes, staff and donors, yet we will continue the strong efforts to educate our constituents on the rules and high expectations of our institution

Because the NCAA enforcement process is ongoing, the university cannot provide additional details at this time regarding the violations or the sanctions. However, the following are statements from Interim Chancellor Hank Foley, Director of Athletics Mack Rhoades, and Head Men’s Basketball Coach Kim Anderson.

Chancellor Hank Foley
“The University of Missouri has high expectations for every member of our community, including our faculty, staff and students, and those same expectations are applied to those who support our endeavors. It is clear from our collaborative investigation with the NCAA that a former member of our athletics staff and members of our donor community violated NCAA bylaws and we take those actions seriously. We have an obligation to adhere to all NCAA and SEC rules as a member institution and we will continue to improve our education and oversight to ensure that we compete with integrity.”

Director of Athletics Mack Rhoades
“We have already taken many proactive steps to address concerns, including appropriate self-imposed sanctions. We will win at Mizzou and do so with integrity and class. I am satisfied the University fully cooperated with the NCAA and will continue to do so. We must do better and we will. Our working relationship with the current men’s basketball staff is strong and I am confident in their commitment to upholding our standards and values for Mizzou Athletics.”

Head Men’s Basketball Coach Kim Anderson
“We are obviously very disappointed that the actions of a few individuals have put our program in this situation. However, I am appreciative to Mack Rhoades and our staff for their guidance and support throughout this process. I hurt for our kids more than anything and for our only senior Ryan Rosburg in particular, but I am confident we will overcome this and be stronger as a team and as a staff because of it. We are committed to representing this great university and state with honor and integrity and that’s what we are going to do.”

Mack Rhoades will join Kim Anderson at his regularly scheduled media availability Wednesday at 4 p.m. in the Mizzou Arena press room. Rhoades and Anderson will provide brief comments regarding today’s announcement. However, per NCAA bylaws, neither Rhoades nor Anderson are not permitted to discuss details of the NCAA review until the completion of the process.

The violations by the Mizzou program allegedly occurred as far back as 2011, when ex-Tigers head coach Frank Haith arrived. According to Rosen, “there is no evidence that any current staff members were aware of the violations,” which would mean current Tigers head coach Kim Anderson may not be culpable.

Report states "there is no evidence that any current staff members were aware of the violations." Presumably clears Kim Anderson. #mizzou

The Columbia Daily Tribune‘s Joe Walljasper reports that Mizzou received a verbal NCAA notice of inquiry on April 14, 2014. That was just days before Frank Haith took a coaching job with Tulsa.

According to reports, if the list of infractions and subsequent actions taken provided by the University of Missouri is accepted by the NCAA as sufficient, then moving forward, the only remaining sanctions are the removal of one extra scholarship and ineligibility in this the SEC Tournament.

Mizzou athletic director Mack Rhoades and head coach Kim Anderson were scheduled to meet with the media at 4 p.m. on Wednesday.