January 9 marks the 41st anniversary of the discovery of the Mountain of Butterflies, the breathtaking wintering destination for millions of migrating monarchs. Protected as the Monarch Butterfly Biosphere Reserve, the property, located about 60 miles northwest of Mexico City at 10,000 feet above sea level, is home to a majority of the monarch population in North America between the months of October and March. To help the Mexican butterfly sanctuary mark this occasion, the good folks at Google are raising awareness of the World Heritage site with a commemorative doodle.

Here’s what you need to know about this remarkable property and the monarchs’ migration phenomenon:

On January 9, 1975, the long-sought overwintering habitat of millions of monarch butterflies was first located by Western scientists. Prior to the discovery, the migration of the butterflies had been shrouded in mystery. The breakthrough was made by citizen scientists Ken Brugger and his Mexican wife, Catalina, after two years of searching in the mountains. They were part of a massive volunteer effort led by Canadian zoologist Dr. Fred Urquhart and his wife, Norah. Announcing the discovery in the August 1976 National Geographic, Urquhart wrote:

I gazed in amazement at the sight. Butterflies — millions upon millions of monarch butterflies! They clung in tightly packed masses to every branch and trunk of the tall, gray-green oyamel trees. They swirled through the air like autumn leaves and carpeted the ground in their flaming myriads on this Mexican mountainside.

Breathless from the altitude, my legs trembling from the climb, I muttered aloud, ‘Unbelievable! What a glorious, incredible sight!’

An information page for the 2012 film Flight of the Butterflies describes the backdrop of the discovery:

Fred and Norah founded the Insect Migration Association (known today as Monarch Watch), enlisting thousands of volunteers across North America to tag hundreds of thousands of butterflies in order to track their migration route. In 1975, this association ultimately helped Dr. Urquhart determine where millions of butterflies migrated – the remote Transvolcanic Belt of central Mexico.

The first citizen scientists in Mexico, Ken Brugger and his Mexican wife Catalina Aguado, spent two years searching in the mountains west of Mexico City before finally coming upon millions of butterflies 10,000 feet above sea level on Cerro Pelon on the border of the States of Mexico and Michoacan in 1975. 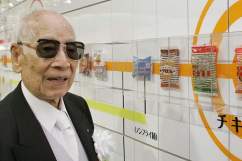 2. Though It Only Came to Widespread Attention in 1975, the Property Has Been a Part of Local Culture for Years

The arrival of the monarchs each year coincides with Day of the Dead celebrations. (Getty)

Long before Urquhart’s discovery, the location was very much a part of local culture, featuring in local legends in the area around the Michoacán and Mexico State borders. Five years after its “official” discovery, Mexican President Jose Lopez Portillo designated the area a national park. It went through several classification changes until 2008, when UNESCO finally named the area a World Heritage site.

Residents of the area, known as Mazahuas, have been in the region for centuries. The arrival of the butterflies coincides with the local Day of the Dead celebrations, which begin on Halloween, October 31, an end on November 2. 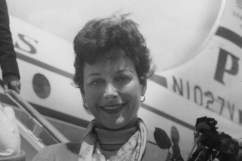 3. In Warm Temperatures the Butterflies Take Flight, With Locals Comparing the Sound to Light Rain

The millions upon millions of monarchs that fly south from states such as California and Texas settle in oyamel and pine trees. This pressure on the trees causes the branches to sag, while the brown wood appears orange. Locals have said that when the weather warms up as spring arrives, the butterflies take flight. They do so in such numbers that the sound of millions of flapping wings is reminiscent of light rain.

4. Trash Left by Tourists Is One of the Biggest Threats to the Reserve

There are many problems facing the reserve despite Mexican and international efforts to protect the site. One of the main ones is trash left at the park by tourists, or specifically, non-planned tourist groups. There are eight colonies in the reserve, but only two are open to the public between November and March. In February every year the Festival de la Mariposa Monarca is held to create even more awareness.

Other issues faced by preservation activists are deforestation, logging and local farmers seeking to use the land for other, unlicensed, purposes. 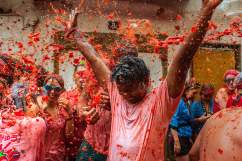 The U.S. Fish and Wildlife Service in February 2015 released an alarming report saying that 970 million monarchs had disappeared since 1990, a 90 percent population decline. The monarch massacre was blamed in part on herbicides that decimate milkweed, the plant that hosts monarch eggs and provides food for the monarch caterpillar. Fish and Wildlife announced an initiative to “Save the Monarch”; go here to see how you can help.

A study by the Natural History Museum of Los Angeles County said that the migration of the butterflies to Mexico may be an “endangered phenomenon.” Prominent monarch conservation researcher Lincoln Brower told St. Louis Public Radio in 2014, “The species will not go extinct. But if you think about this migration, it’s a unique biological phenomenon. And that phenomenon could go extinct.”

Prefer to read your news in Spanish? Read about the Mountain of Butterflies at AhoraMismo.com: