Nabela Noor is a Muslim-American YouTube vlogger who has entered the mainstream media conversation. She has been invited to the Republican presidential debates tonight in a partnership between Google and Fox News. Nabela is one of three YouTube personalities appearing at the debate to ask questions representing what the younger voters have on their minds for this election. At just 25 years old, Nabela has become a popular social media presence sought after for her beauty and lifestyle advice. More recently, she has delved into political activism to decry anti-Muslim sentiments. A vocal opponent of Donald Trump, who has pulled out of tonight's debates, Nabela has spoken about how her Muslim upbringing affected her childhood, her relationship, and her current foray into politics. For more details on Nabela, click through our gallery of her best Instagram photos. (Instagram) 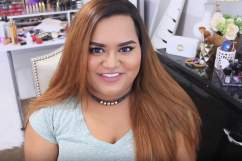