The scene outside the medical center during the lockdown. (Screengrab via CBS San Diego)

The Naval Medical Center in San Diego is on lockdown after reports of an active shooter in the facility. According to a Facebook post from the medical center’s account:

**!ATTENTION!** An active shooter has just been been reported in building #26 at Naval Medical Center San Diego. All occupants are advised to run, hide or fight. All non-emergency response personnel are asked to stay away from the compound, located at 34800 Bob Wilson Drive, San Diego, CA 92134

The reports of shots fired were first made at around 8 a.m. on January 26. At 10:30 a.m., Commanding Officer Curt Jones told the media that, “No gunman found after report of gunfire at Naval Medical Center San Diego.” He added that there was “absolutely nothing to substantiate” any reports of a shooting. The incident is being treated as a false alarm.

There have been no reports of any injuries yet. Witnesses told KUSI that they heard three shots fired coming from the basement of the medical center. Later, CW6 San Diego reported that those claims were made by a single witness. The Los Angeles Times reports after an initial search of the area, police have found no evidence of a shooting.

2. Military Police Are Concentrating Their Investigation on the Hospital’s Basement, Which Is a Gym

A base spokesman told CW6 San Diego that personnel conducted an active shooter drill in December 2015. He added that the source of the investigation right now is the building’s basement. That spokesman doesn’t know if the basement has been evacuated. Non-emergency personnel have been advised to stay away from the building, reports ABC San Diego. Amanda Shotsky, a reporter with CW6 San Diego who was on scene, described no “sense of fear” but a “sense of urgency among police on scene.” The base is the jurisdiction of military police who are co-ordinating with local and federal agencies. NBC San Diego reports that two California Highway Patrol officers were seen entering the medical center at around 8:30 a.m. local time. Officer John Perryman told the San Diego Union-Tribune’s Phillip Molnar that there is a “minimumn of 100” cops at the hospital.

3. Schools in San Diego Were Locked Down as a Precaution

Schools in the area around the facility were placed on lockdown as a precaution, according to 10News reporter Jared Aarons. Meanwhile, San Diego City College which is close by is being monitored closely by police. According to the school district, all students and staff are safe. Those lockdowns were later elevated to shelter-in-place orders.

4. There Has Been No Indication That the Shooting Is Related to Terrorism

There have been no reports that the shooting is terrorism related.

5. The Hospital Is Described as a ‘Place for Heroes to Heal’

The Naval Medical Center in San Diego is located about 2.5 miles from the downtown area of the city. There are 272 beds in the hospital. Personnel from the base in San Diego have served in Iraq and Afghanistan. On the facility’s Facebook page, it’s described as “A Place for Heroes to Heal.” It’s considered part of Naval Base Point Loma. 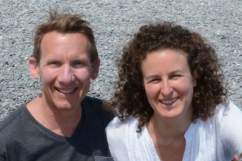 Read More
5 Fast Facts, Breaking News, Shooting
The Naval Medical Center in San Diego is on lockdown after reports of an active shooter in the facility.