Maine Governor Paul LePage is facing criticism after making a comment about drug dealers that many on social media are calling racist.

LePage, a Republican, was speaking at a town hall in Brighton on Wednesday, the Portland Press Herald reports. While talking about the heroin problem in his state LePage said:

These are guys with the name D-Money, Smoothie, Shifty. These types of guys, they come from Connecticut and New York, they come up here, they sell their heroin, they go back home. Incidentally, half the time they impregnate a young, white girl before they leave, which is a real sad thing because then we have another issue we have to deal with down the road.

The comments were recorded on a livestream and gained attention Thursday.

LePage’s spokesman issued a statement, saying, “The Governor is not making comments about race. Race is irrelevant. What is relevant is the cost to state taxpayers for welfare and the emotional costs for these kids who are born as a result of involvement with drug traffickers. His heart goes out to these kids because he had a difficult childhood too. We need to stop the drug traffickers from coming into our state.”

LePage is already facing possible impeachment by Democratic lawmakers after it was discovered he threatened to take away funding from an organization unless it took back a job offer to House Speaker Mark Eves, a Democrat, the Huffington Post reports.

The 67-year-old former mayor of Waterville, Maine, has been governor since 2011. 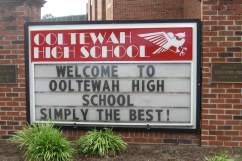