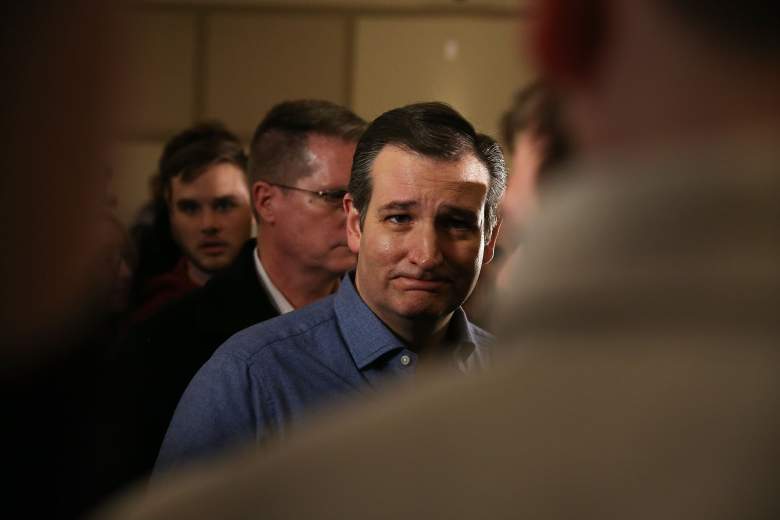 Ted Cruz was the leading candidate in Thursday’s Iowa debate after Trump dropped out. (Getty)

With a tight polling race in Iowa, Republican candidates had one more chance to make their mark with the voters in tonight’s Iowa debate. It was an important moment for every candidate, but especially so for candidates running at the back of the pack: in the Iowa caucus, a candidate must take 15 percent of caucus-goers at each caucus location, or their supporters will be forced to choose another candidate or leave.

Donald Trump, who has taken the lead in Iowa polls and shows strongly in New Hampshire and nationally, chose not to seize upon the opportunity, boycotting the debate over his long-running feud with Fox News host and debate moderator Megyn Kelly and instead hosting a competing event on CNN.

Check out our recap below, then vote in our poll at the bottom of the post.

Referring to him as “the elephant not in the room,” Megyn Kelly asked Cruz about Trump. Cruz responded by mock-insulting his fellow candidates, to get “the Donald Trump portion out of the way.” Jeb Bush referred to him as a “little teddy bear,” then called out his fellow candidates for entering “witness protection” when Bush challenged Trump.

"I kind of miss Donald Trump. He was like a teddy bear to me." – Jeb Bush #GOPDebate pic.twitter.com/ZZx544K4cz

Cruz later mockingly threatened in the face of attacks to leave the stage in a risky move that first saw him booed, then cheered as the joke became apparent.

Christie touted his record of “getting conservative things done” in liberal New Jersey, and tossed out the “establishment” complaint as irrelevant to Americans. Kasich similarly rejected the “establishment” label, but Bush embraced it, saying he was comfortable as the standard bearer of his father, brother and mother’s movement. Ben Carson declared pride in being the only candidate on the stage with no previous political title.

Rubio described Obama as someone who wants to change America, rather than change politics to meet America. Christie outright called her unqualified, and said he was the one qualified to expose that. Jeb Bush poked at her email records in touting his own transparency:

Jeb's tested & transparent. To get @HillaryClinton's info you need a subpoena. #GOPDebatehttps://t.co/HYQx0RSvZF

Rand Paul called out Ted Cruz for missing a vote on a bill to audit the Federal Reserve. Cruz pointed out that he was an original sponsor of the bill, then stated that he chose to honor previous commitments in New Hampshire upon realizing it did not have the votes to pass before stating he was excited to sign it into law as President.

Both Rubio and Cruz promoted rebuilding the military, with Cruz citing a stronger and more active military during the first Desert Storm in defending his earlier “carpet-bombing” statements.

Chris Christie took Rand Paul to task for his advocacy against NSA data collection, to which Paul responded with:

Rand Paul: "I don't think you have to give up your liberty for a false sense of security." #GOPDebate pic.twitter.com/DluAgZtXDg

Paul also criticized the hawkish statements of his fellow candidates, noting the seeming contradiction of simultaneously bombing ISIS and their enemy, Assad.

Both Paul and Rubio agreed that border security was the beginning of homeland security, though Rubio detailed his disagreement with Paul’s proposed legislation to more intensely vet student visas.

.@RandPaul: "The war on drugs has disproportionately affected our African American community." #GOPDebatehttps://t.co/rJxxwdvkxd

On immigration, Rubio was challenged by Kelly on a presumed switch in his policy regarding earned citizenship: 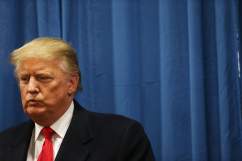 GOP Polls for Jan. 27: State of the Race in Iowa & New Hampshire