Siddhartha Dhar, also known as Abu Rumaysah, poses with his newborn child in a photo he posted to social media from Syria. (Twitter)

A Muslim convert from east London who once worked as a bouncy castle salesman and was a member of the radical British group al-Muhajiroun is believed to be the man dubbed the “new Jihadi John,” the BBC reports.

Family members and voice experts have identified the English-speaking man seen in a new Islamic State video as Siddhartha Dhar, also known as Abu Rumaysah, according to the news organization. There has been no official confirmation.

Dhar, 32, fled from prosecution in London with his pregnant wife and three children to Syria in 2014, announcing on social media that he has joined ISIS fighters there.

The original “Jihadi John,” British-born Mohammad Emwazi, was killed in an American airstrike in November 2015.

Here’s what you need to know about the man suspected of being the “new Jihadi John” and the video he appeared in:

The man referred to as the “new Jihadi John.”

The video, featuring the “new Jihadi John,” released last week, is 10 minutes long and shows a masked executioner with a British accent delivering a message to Prime Minister David Cameron before five alleged “spies” are killed.

A full transcript of the New Jihadi John’s speech reads:

This is a message to David Cameron. Oh slave of the White House, oh mule of the Jews. How strange it is that we find ourselves today hearing an insignificant leader like you challenge the might of the Islamic State. How strange it is that the leader of a small island threatens us with a handful of planes. One would have thought you would have learned the lessons of your pathetic master in Washington and his failed campaign against Islamic State.

It seems that you, just like your predecessors Blair and Brown, are just as arrogant and foolish. In fact David, you are more of an imbecile. Only an imbecile would dare to wage war against a land where the law of Allah reigns supreme. And where the people live under the justice and security of the Sharia.

Only an imbecile would dare to anger a people who love death the way that you love your life. Oh British Government. Oh people of Britain. Know that today your citizenship are under our feet. And that the Islamic State, our country, is here to stay. And we will continue to wage jihad, break borders and one day invade your land where we will rule by the sharia.

But as for those of you who wish to continue fighting under the banner of Cameron on the minimum wage, we say to you, to ask yourself, do you really think your government will care about you when you come into our hands? Or will they abandon you, as they have abandoned these spies, and those who came before them? Because you will lose this war, as you lost in Iraq and Afghanistan.

But this time when you lose, your children will pay for your deeds. And remember you as the fools who thought they could fight the Islamic State.

The video also features a young boy speaking with a British accent.

2. Dhar Was Born in London in a Hindu Family & Converted to Islam After Meeting His Now-Wife

Dhar was born in London. His parents and family are Hindu, according to the BBC. He converted to Islam after meeting his now-wife, a Muslim, his family says. He then changed his name to Abu Rumaysah.

Before traveling to Syria he lived in Walthamstow in east London, where he worked as a salesman for a bouncy castle company.

Dhar became a well-known member of radical jihadists in Britain. He appeared in videos on YouTube and in the British media.

“The caliphate [a state governed in accordance with Islamic law, or Sharia] is a dream for all Muslims worldwide,” he said in a YouTube video, according to the BBC. “We can finally have a sanctuary where we can practice our religion and live under the Sharia. It is a big, big thing.”

He was arrested in September 2014 on suspicion of encouraging terrorism charges, but was released on bail, the BBC reports.

While he was free on bail, Dhar, his wife and his four children fled to Syria, where he became an active member of ISIS, including posting on social media. The BBC says he also wrote a “travel guide” for others planning to join ISIS in the Middle East.

“If you thought London or New York was cosmopolitan, then wait until you step foot in the Islamic State because it screams diversity,” he wrote. “In my short time here I have met people from absolutely every walk of life, proof that the caliphate’s pulling power is strong and tenacious.”

4. His Family Says They Have Been Trying to Contact Him & Are ‘Shocked’ He Could be the ‘New Jihadi John’

Dhar’s sister and other family members have spoken out about his suspected role in the new ISIS propaganda video.

“I can’t believe it. This is just so shocking for me,” his sister, Konika Dhar, told The Telegraph. “I don’t know what the authorities are doing to confirm the identity, but I need to know if it is.” 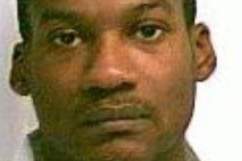 5. The Boy in the Video Is Believed to be the Son of a British Woman Who Joined ISIS

A young boy is seen at the beginning of the ISIS video threatening Britain. (

The “new Jihadi John” video begins with a young boy with a British accent threatening terrorist acts against the United Kingdom. The young boy, dressed in fatigues, points off in the distance and says, “We will kill kuffar [infidels] over there.”

According to The Telegraph, the boy’s name is Isa Dare, “son of Grace Dare, from Lewisham, who wants to be [the] first woman to behead a hostage.” Dare is from Lewisham, England. She moved to Syria with her Swedish husband, Abu Bakr, in 2012.

Dare’s father has confirmed it is his grandson in the video.