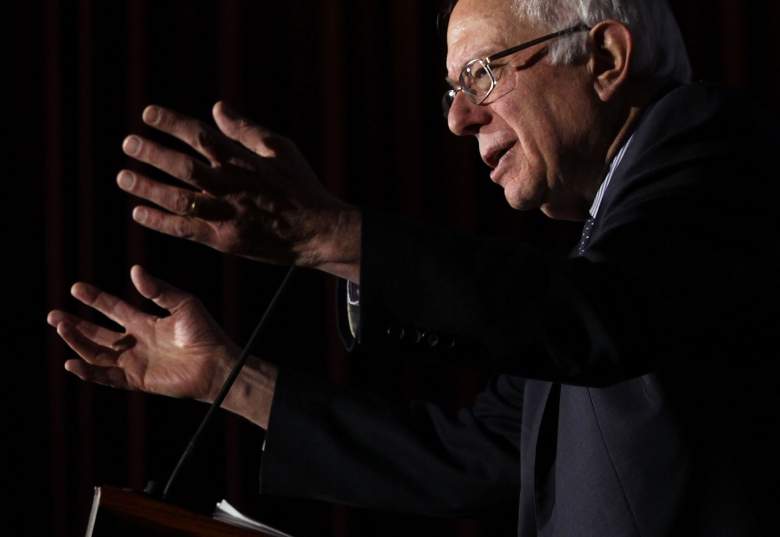 Bernie Sanders, here at a campaign event, participated in a town hall for MSNBC tonight. Getty

With the polling race in South Carolina coming to an end soon, the GOP candidates will lay out their proposals for South Carolinians one more time in an MSNBC town hall hosted by Chuck Todd and JD Balart. Hillary Clinton and Bernie Sanders gave impassioned personal testimonies and laid out their plans for transforming the economy and handling national security and domestic issues.

Read our recap below, then vote for your favorite in our poll at the bottom of the page.

Sanders called himself a “strong feminist” and mentioned previous support from Gloria Steinem:

Clinton talked about her experiences advocating for women’s rights worldwide:

Clinton: "I looked across the table at dictators … and chauvinists and sexists and misogynists, yea I did"
https://t.co/9REadeaCZt

.@BernieSanders: Too many young people have incurred police records for possession of marijuana. #DemTownHall https://t.co/eO4TRIhj7l

Sanders called for an end to Islamophobia and other forms of bigotry:

Clinton said she would make immigration “a big political issue.”

More specifically, Clinton called for tech companies and the FBI to work together in the wake of the San Bernandino shootings:

.@HillaryClinton on the feud between Apple and the FBI: Government and tech companies need to find a path forward. #DemTownHall

.@BernieSanders: Instead of giving tax breaks to billionaires … put money into the hands of working people. #DemTownHall

Clinton described herself as a “progressive who likes to make progress.” On the issue of gay marriage, where her progressivism has been questioned, she described her position as “evolving” and noted a key endorsement:

Hillary Clinton: "I, like millions of Americans, have evolved." #DemTownHall https://t.co/gvWGflIJlL

Sanders, Chairman of the Senate Veterans Affairs Committee at the time of the VA health care scandal, said he would “apologize to nobody” for his tenure at the position. He also reiterated his support for health care as a human right, and spoke on the details of universal implementation:

.@BernieSanders: “I believe that everybody in this country should be entitled to healthcare as a right” #DemTownHall https://t.co/KnnAos18NL

Clinton called out Sanders for only recently identifying as a Democrat:

Hillary Clinton: "Maybe it's that Senator Sanders wasn't really a Democrat until he decided to run for president." https://t.co/Vic0Eh1usG 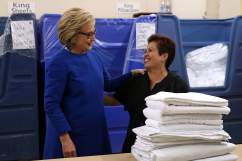 Democratic Polls for Feb. 18: State of the Race in Nevada & South Carolina

Loading more stories
wpDiscuz
69
0
Would love your thoughts, please comment.x
()
x
| Reply
Hillary Clinton and Bernie Sanders made one last appeal to Nevada caucus-goers in a town hall for MSNBC hosted by JD Balart and Chuck Todd. Read our recap, then vote for your favorite.