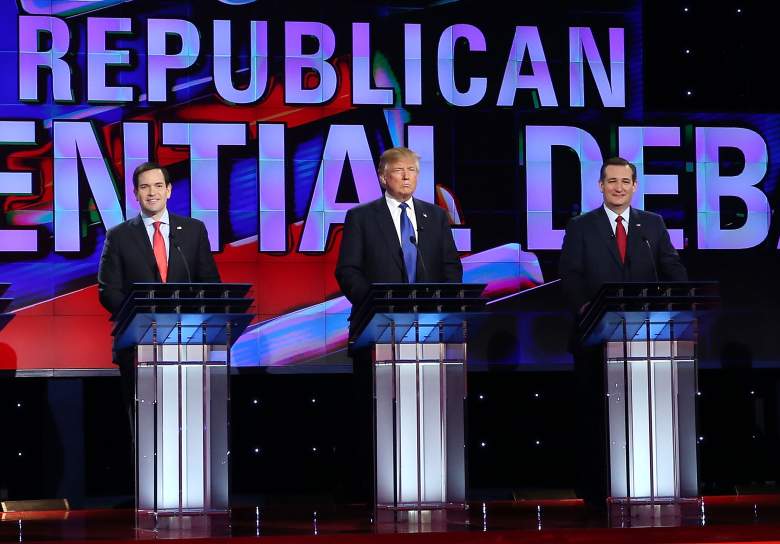 Marco Rubio went on the offensive in the opening minutes of the GOP debate in Texas. Rubio attacked Donald Trump a number of times, but his fiercest attack came as he brought up Trump’s work with Polish immigrants.

Rubio encouraged viewers to “Google Donald Trump Polish workers”. What exactly was he referring to?

According to The Daily Beast, Trump used over 200 workers known as the “Polish Brigade” to help build the Trump Tower in Manhattan in the late 1990’s. The story notes that the workers worked 12-hour days, seven days a week.

Wojciech Kozak spoke to The New York Times in 1998 regarding the working conditions he and other immigrants faced when preparing to build the Trump Tower:

“We worked in horrid, terrible conditions. We were frightened illegal immigrants and did not know enough about our rights,” Kozak told the Times.

A civil suit noted that the workers were paid less than $5 an hour. Trump defended himself in The New York Times article:

”All we did was to try to keep a job going that was started by someone else. In fact, we helped people and it has cost a lot of money in legal fees,” Trump told the Times.

The case was settled in 1999 but details of the settlement were not disclosed.

A recent The New York Times article detailed the dilemma Trump finds himself in regarding his outspoken potential immigration policies compared with his history as businessman.

The story noted that since 2010, more than 300 United States residents applied to work at Trump’s Mar-a-Lago Club in Palm Beach, Florida but only 17 workers were hired. The majority of the jobs were filled with foreign guest workers from various countries including Romania.

In a 2015 CNN interview with Anderson Cooper, Trump stopped short of saying he did not have undocumented workers as employees:

I can’t guarantee it. How can anyone? You have anywhere from 11 to 34 million illegal immigrants. I used to hear 11, now I hear 34 million! I can’t guarantee anything. But I can say this, We work very hard to make sure that everybody is legal as opposed to illegal.”

Rubio was pointing to a potential contradiction in Trump’s immigration stance contrasting with his business practices. He also joked that Trump suit and ties were made in “Mexico and China” taking away jobs from the United States.

Rubio’s attacks come just days before the Super Tuesday primaries and caucuses as he attempts to narrow Trump’s lead. Here’s more details on Rubio’s attacks on Trump during the GOP debate. 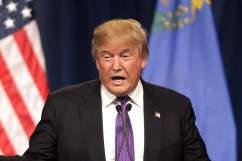 Read More
Donald Trump, Marco Rubio, Politics
Marco Rubio brought up Donald Trumps work with Polish workers. Find out what he was referring to in the GOP debate.