On the first day of Black History Month, Google is honoring the great African-American writer, social reformer and thinker Frederick Douglass with a Doodle.

Born a slave in 1818 in Maryland, Douglass escaped to freedom at the age of 20 and became a leader of the abolition movement, using his skills as an orator and statesman to move others to his cause. Douglass died of a massive heart attack or stroke on February 20, 1895.

“At a time when many argued that slaves did not possess the intellectual capacity to be educated, Douglass stood as stark evidence of enslaved people’s potential,” Gilder Lehman Institute director Sandra Trenholm wrote.

Here are five facts you need to know about him:

1. Douglass’ Bestselling 1845 Biography Helped Push the Cause of Abolition

Douglass’ 1845 autobiography, Narrative of the Life of Frederick Douglass, an American Slave, became a bestselling book and “was influential in promoting the cause of abolition.” Other books he published include My Bondage and My Freedom and Life and Times of Frederick Douglass. His second autobiography was published just three years prior to his death and it covered events during the Civil War. After one of his autobiographies was published, Douglass engaged in a two-year speaking tour of Great Britain and Ireland in order to avoid recapture by one of his former owners, who Douglass had mentioned in his book.

Douglass was known for his quote “I would unite with anybody to do right and with nobody to do wrong” as he was an advocate for equality among all people. He delivered hundreds and hundreds of speeches and editorials against slavery and racism throughout his life, becoming a powerful voice of the people. According to History.com, he was the most important black American leader of the 19th century.

2. Douglass Was the First African-American Nominated for Vice President of the United States

Douglass was the first African-American nominated for Vice President of the United States. He was the running mate and Vice Presidential nominee of Victoria Woodhull in 1872. It was on the Equal Rights Party ticket and the nomination was made without his approval.

That same year, Douglass was presidential elector at large for the State of New York and he took the state’s vote to Washington D.C.

During the Civil War, Douglass was an adviser to President Abraham Lincoln.

3. He Escaped From Slavery & Had to Move to Britain to Avoid Slavecatchers

Douglass was born into slavery in Talbot County, Maryland, to his mother, Harriet Bailey. He was born Frederick Augustus Washington Bailey and later changed his last name to Douglass. Douglass’ exact birth date is unknown as he wrote in his first autobiography, “I have no accurate knowledge of my age, never having seen any authentic record containing it.” He later decided to celebrate the day on February 14.

The son of an enslaved woman and an unknown white father, he spent his early years on a plantation, Gilder Lehman Institute’s Sandra Trenholm wrote in a biographical sketch for Google.

When he was eight, Douglass was sent to Baltimore to work for the family of Hugh and Sophia Auld, where he was first educated. “Sophia Auld had not owned slaves before and treated Douglass with great kindness, taught him the alphabet, and awakened his love of learning,” Trenholm wrote. Douglass said hearing her read the Bible aloud “awakened my curiosity in respect to this mystery of reading, and roused in me the desire to learn.”

But Hugh Auld stopped his wife from teaching Douglass, telling her “if you teach him how to read, he’ll want to know how to write, and this accomplished, he’ll be running away with himself,” Douglass wrote in his autobiography. Douglass said, “from that moment, I understood the direct pathway from slavery to freedom.”

Douglass was forced back to plantation life after his legal owner died when he was 15. He spent five years under harsh masters, enduring hunger and beatings, before escaping in 1838 after two unsuccessful attempts.

He was still not safe. He began speaking out against slavery and published his first autobiography in 1845. He garnered fame, which put his life at risk. He moved to Ireland and spent two years there, continuing his speaking tour against slavery. A group of British supporters purchased his freedom in 1847 and he was able to return t the United States.

“Upon his return, Douglass continued to advocate the abolition of slavery,” Trenholm wrote. “He also championed equal rights for all Americans, regardless of race or gender. He published two additional autobiographies, founded five newspapers, and served as the US Consul General to Haiti.” 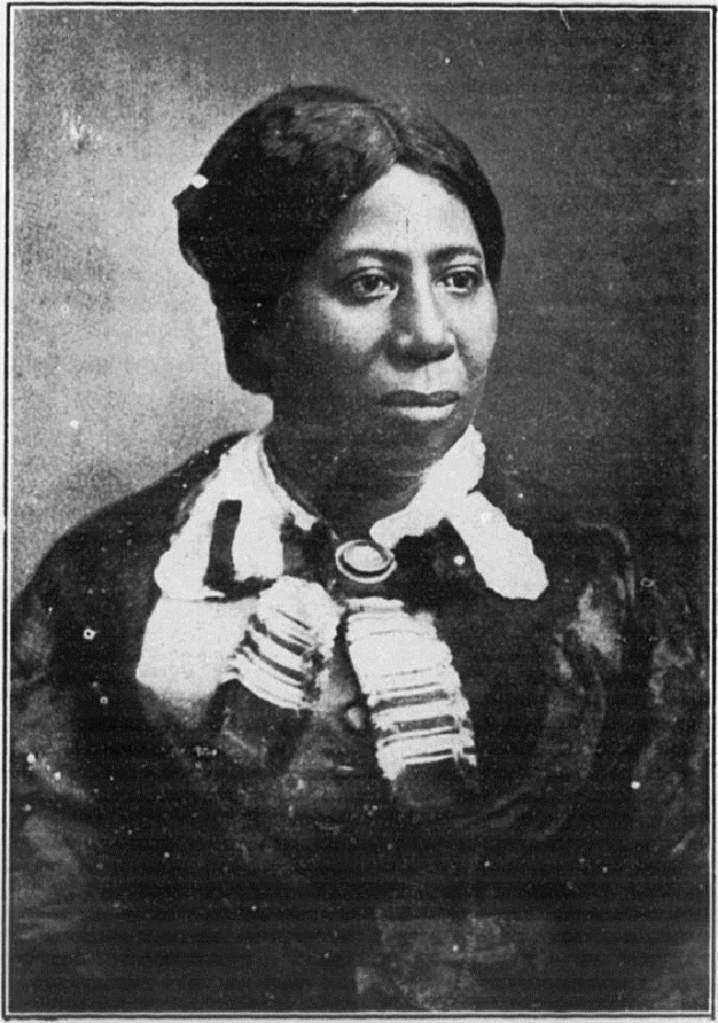 (Wikipedia – Photograph first published in Rosetta Douglass Sprague, “My Mother As I Recall Her”, 1900)

Anna Murray-Douglass was married to her husband until her death and the couple had five children together – Rosetta Douglass, Lewis Henry Douglass, Frederick Douglass, Jr., Charles Remond Douglass, and Annie Douglass, who died at ten years old. Murray was a member of the Underground Railroad. She passed away in 1882 and in 1884, Douglass remarried, to white feminist Helen Pitts.

Murray was Douglass’ wife of 44 years and she was born free unlike some of her other siblings, according to the Oxford African American Studies Center.

She was working as a laundress and housekeeper when she met Douglass, who was working as a caulker. Murray actually had encouraged Douglass to escape slavery and she gave him some money to help him. The two later married in September 1838.

Murray was active with the Boston Female Anti-Slavery Society and supported her husband with his abolitionist newspaper, North Star. The North Star carried on for four years until it merged with Gerrit Smith’s Liberty Party Paper, ultimately becoming Frederick Douglass’ Paper. When asked why he created the North Star, Douglass was quoted saying, “I still see before me a life of toil and trials…, but, justice must be done, the truth must be told…I will not be silent.”

5. Douglass Was an Early Supporter of the Women’s Rights Movement

In addition to his importance in the abolition movement, Douglass was also an early supporter of women’s rights. He was the only African-American to attend the Seneca Falls Convention, which was the first women’s rights convention, in 1848.

Douglass wrote in his autobiography, “Life and Times of Frederick Douglass”:

The slayers of thousands have been exalted into heroes, and the worship of mere physical force has been considered glorious. Nations have been and still are but armed camps, expending their wealth and strength and ingenuity in forging weapons of destruction against each other; and while it may not be contended that the introduction of the feminine element in government would entirely cure this tendency to exalt woman’s influence over right, many reasons can be given to show that woman’s influence would greatly tend to check and modify this barbarous and destructive tendency. …

I would give woman a vote, give her a motive to qualify herself to vote, precisely as I insisted upon giving the colored man the right to vote; in order that she shall have the same motives for making herself a useful citizen as those in force in the case of other citizens. In a word, I have never yet been able to find one consideration, one argument, or suggestion in favor of man’s right to participate in civil government which did not equally apply to the right of woman.

Douglass was a licensed preacher in addition to his many other accomplishments. The United States’ Episcopal Church remembers Douglass annually on its liturgical calendar, every February 20. The Alpha Phi Alpha fraternity designated Douglass as an honorary member in 1921.