General Hospital returns on Wednesday an all-new episode as Griffin’s (Matt Cohen) at the hospital taking on patients while Alexis (Nancy Lee Grahn) feels as though Michael’s (Chad Duell) looking to take her spot. 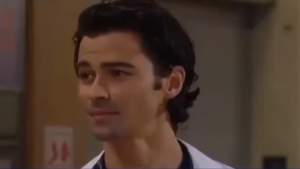 It looks as though Dr. Griffin’s first patient at the hospital will be Sonny (Maurice Benard), according to Celeb Dirty Laundry. Meanwhile, Carly (Laura Wright) meets Griffin with Sonny not being too keen on the matter. Sonny wants to talk to his new doctor about himself. He doesn’t feel comfortable enough to let Carly know about his improvement. The site reported that “Griffin is pretty savvy and he figures out what Sonny is up to.”

Interesting enough, Sonny and Griffin already hit things off, which is most likely why he confides in his doctor to keep a lid on his progress.

Alexis Is Concerned About Her Job & Love Life 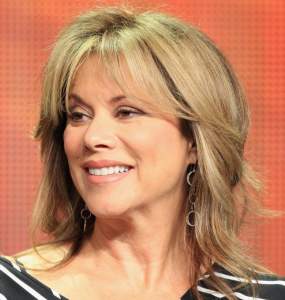 Alexis meets Michael and thinks that he’s looking to take her spot. The site suspects that it could be related to “the case against Nikolas Cassadine (Tyler Christopher) and his corporate raid.” She also becomes concerned after seeing Julian (William deVry) joking with Olivia (Lisa LoCicero).

Laura confronts Nikolas about tying the know to Hayden (Rebecca Budig) in Las Vegas. His mother points out that she can’t be trusted and that he previously tried murdering her.

Later, Hayden meets with Tracy (Jane Elliott) about “good and bad news,” according to the site. She’ll attempt to stop Tracy from revealing that she was Rachel. Tracey becomes upset with Hayden most likely because of the latter’s betrayal.

Nina’s (Michelle Stafford) is happy to hear from Nathan (Ryan Paevey) that he’s getting serious with Maxie (Kirsten Storms). However, Dillon (Robert P. Watkins) works on the upcoming issue of Crimson but may have an interest in Maxie.