Rape charges were dismissed against an Idaho TV weatherman after conflicting testimony was presented during a preliminary hearing, the Twins Falls Times-News reports.

John “Jack” Holland, 23, was accused of raping a woman in his apartment after a date in February 2016, the Twin Falls Times-News reported at the time.

“As part of its continuing duty to investigate this case, the State has interviewed additional witnesses who have come forward since the preliminary hearing, and thoroughly reviewed their statements and other evidence as it relates to the testimony presented at preliminary hearing. It is the State’s conclusion based upon close analysis of all the facts now available about this incident that Mr. Holland did not commit the crime of Rape …. Accordingly, the State moves to dismiss the charge against the defendant,” prosecutors said in a motion filed in July 2016.

Holland, an Ohio native and former Florida resident, was removed from his position at KMVT-TV after the charge was brought. He was “thrilled” to learn about the dismissal of the case, his attorney told the Times-News.

“He’s with family in Florida, and they’re all relieved about the prospect of not having to face a jury trial,” Chuck Peterson said. “Even when you’re innocent, a jury trial can be a daunting prospect.”

Prosecutors retained the right to bring the case again, but have said they do not plan to.

“We’re not filing charges against anybody at all in this matter,” Twin Falls County Prosecutor Grant Loebs said. “Unless new evidence comes to light, this case is over.”

1. The Woman Told Police She Told Holland to Stop Multiple Times & He Put His Hands on Her Throat While Attacking Her

The woman told police she went on a date with Jack Holland at a local restaurant Friday night, KMVT reports.

The woman told police when they went back to his apartment, he tried to have sex with her and she told him no at least three times, according to court documents.

She told police he refused to stop and raped her while wearing a condom.

According to court documents obtained by the Twin Falls Times-News, Holland gave the woman “a substantial amount of ‘Gentleman Jack’ whisky” when they went back to his apartment. She told police she lay down on his couch because she didn’t feel well, and he told her to “show off” and then removed her underwear. She says she told him to stop when he grabbed under her dress, according to police.

The woman said she was “stumbling” when he led her to his bedroom and then pushed her onto the bed. She told police she “chomped her teeth at Holland as a deterrence and bit Holland on his stomach area.” He then threw a wrapped condom on her chest, she said. The woman said she threw the condom back at Holland told him twice “she didn’t want to do this,” and he responded he was “pro-condom,” according to court documents.

“It was from this point on that she knew Holland was going to rape her,” police said in court documents.

She said he placed one of his hands on her throat while attacking her, and she again asked him to stop, which he did and said he was “sorry to disappoint” and told her he was done, police said. The woman said Holland looked “concerned” and asked where she was going when she left. According to court documents, Holland put her underwear in her purse when she left, telling her “not to forget them.”

Emily Jackson, a nurse and friend of the victim, said during a preliminary court hearing that she had spoken to the victim after the encounter with Holland and she said at the time that she and Holland had “hooked up,” but did not mention being raped.

“I’m a sexual assault victim, I’m a nurse and I’m a mandatory reporter (of sexual assault),” Jackson, according to the Times-News. “I would never tell her not to report something.” 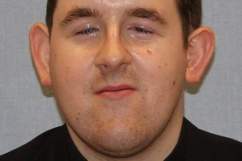 2. Police Seized Evidence, Including a Used Condom, From Holland’s Apartment

The woman told police she scratched Holland’s chest and shoulder during the alleged attack to try to get his DNA under her fingernails, according to court documents. She was also able to describe the layout of his apartment, which includes a gray blanket on the couch and Florida State University coasters on his coffee table.

Police searched his apartment and said they found evidence, including a whisky glass that had the woman’s lipstick marks on it, a used condom and a restaurant receipt that verified she had met Holland at the time she said she did.

3. He Faced 1 Year to Life in Prison if Convicted, but His Attorney Called it a ‘Thin Case’

Holland faces between one year to life in prison if convicted, according to state law. He denied the charge through his attorney during his first court appearance.

“I think this is an incredibly thin case, and we’re going to defend it,” his attorney, Chuck Peterson, told the Twin Falls Times-News. “I don’t think he’s guilty of anything.”

Prosecutor Grant Loebs told the newspaper he couldn’t comment on specifics of the case, but said “I don’t know for sure what other evidence might be at play. But a lot of these types of cases have to do with what the woman says happened, and then what the man says happened.”

4. He Is a Florida Resident & Has Moved Back There After His Arrest

Holland is an Ohio native and moved to Florida in 2004, where his family still lives. His father appeared in court with him.

His attorney said the arrest has had a major impact on his life. They had been preparing to return to Idaho for the trial.

“He essentially lost his job, and an argument could be made that he lost his career,” Peterson said. “Now they’re probably just thankful and enjoying life.” 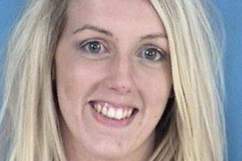 5. He Was Hired by the Idaho TV Station After Graduating From Florida State University

Holland is a graduate of Florida State University, according to his profile on KMVT-TV’s website.

His job with the news station is his first as a professional meteorologist.

“His fascination with weather began at a very young age, when he was living in Ohio. Jack’s interest in weather only grew when he moved down to Florida in 2004, due to the very active Hurricane Season,” the profile says. “In the short time Jack has been in Southern Idaho, he has fallen in love with all scenery and outdoor activities that it has to offer. He is looking forward to immersing himself into the Twin Falls Community.”

Holland says on his Linkedin profile, “Broadcast meteorology to me is an important responsibility. When the weather gets severe it is my job to keep the public safe and informed. With the age of social media it’s not only important to be heard and seen over a television set but also through social media networks. I’m very active on both Facebook and Twitter, giving out the most up to date weather information on both platforms.” 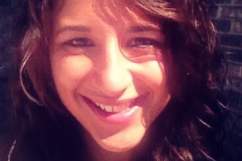