A suspect is in custody, but has not yet been charged, in the death of an Alabama teen found dead this week after calling his mother and telling her “someone is trying to kill me.”

Nicholas Hawkins, 19, was reported missing last week after the fateful call to his mother. His body was found Tuesday in a wooded area, Al.com reports.

The investigation into the death of Hawkins, an aspiring musician, is still ongoing, police say.

1. Hawkins Was Found at a ‘Dump Site’ Wrapped in a Blanket & Dead of Gunshot Wounds

The body of Nicholas Hawkins was found Tuesday night in a wooded area in Walker County, Alabama, that the local coroner referred to as a “dump site.”

Sheriff Jim Underwood told ABC 33/40 that Hawkins was wrapped in a bloody blanket with gunshot wounds.

“I tried not to cry as you said goodbye, but I won’t lie, I don’t understand if I should go on trying just to fail, it’s like a living Hell,” Jacob Hawkins, the victim’s brother, said at a vigil Wednesday night, the news station reports.

Nicholas Hawkins had been missing since Saturday night. Joshua Reese is not yet facing charges in the murder.

The case was initially investigated by the Dora Police Department after Hawkins’ car was found at his home in Dora. Police have said they believe the person who drove the car to Hawkins’ house is the same person responsible for his death.

2. Reese Is in Custody on a Felony Charge for Failure to Appear in Court

Joshua Adam Reese was arrested Tuesday in Jefferson County, Alabama, on a felony charge for failure to appear in court, WBRC-TV reports.

He was turned over to Walker County deputies for questioning in the Hawkins case, authorities said. He has been called a “person of interest” in Hawkins’ death. 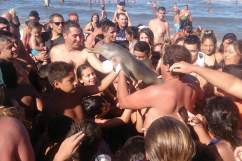 WATCH: Rare Baby Dolphin Dies After Being Passed Around for Selfies

3. He Was Accused of Attempted Murder in 2013 After Police Say He Hit a Man Over the Head With a Gun & Tried to Shoot Him

Reese, of Quinton, Alabama, has had previous run-ins with the law. He has pending charges in Alabama for attempted murder after he was arrested in 2013 on accusations that he hit a man over the head with a gun and then tried to shoot him, Al.com reports.

He was free on $50,000 bail in that Jefferson County case. He was also arrested in September 2015 and charged with public intoxication and possession of marijuana, according to Al.com. He pleaded guilty in January and was ordered to take part in substance abuse treatment. 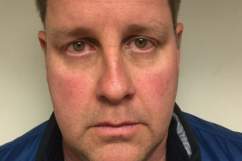 Nicholas Hawkins mentioned Joshua Adam Reese’s name when he called his mother Saturday night and told her “someone was trying to kill him,” WIAT-TV reports.

5. Family & Friends Have Mourned Hawkins’ Death at a Vigil & on Social Media

While police continue to investigate his death, family and friends of Nicholas Hawkins mourned his death at a vigil Wednesday night and on social media.

“I know anybody who met him knows the person that he was, the bubbly personality he had. Walk in and he just, I don’t want to say life of the party but, you know, he stole the show. He definitely stole the show,” his brother, Jacob Hawkins, said, according to Al.com.

His family says they were put through “living hell” as they waited for word about Hawkins.

A Facebook page was set up to help in the search for the victim before his body was found, and has now been turned into a memorial for him.

Loading more stories
wpDiscuz
7
0
Would love your thoughts, please comment.x
()
x
| Reply
Joshua Adam Reese, 21, is a suspect in the murder of Alabama teen Nicholas Hawkins, who was found dead after telling his mother someone was trying to kill him.