A prominent Black Lives Matter activist committed suicide in front of Ohio’s Statehouse on February 8. Just hours before Marshawn McCarrel’s death he posted on Facebook, “My demons won today. I’m sorry.” He was 23 years old. According to Lt. Craig Cvetan of the Ohio State Highway Patrol, McCarrel was pronounced dead at the scene, the steps of the statehouse in Columbus. He was a committed activist for various movements, saying in 2014 that, “People who look like me are one breath away from being an Eric Garner.” Referencing the Staten Island man who was choked to death by NYPD officers in the summer of 2014.

McCarrel at the NAACP Image Awards, three days before his death. (Facebook)

In a string of tweets that McCarrel posted before his death, he wrote, “Let the record show that I pi**ed on the state house before I left.” In another, he said, “If we don’t have to live through hell just to get to heaven. I’ma stay right here with you.” On February 6, he wrote, “I never wanted much. Just peace and to make y’all proud.” The shooting happened at around 6 p.m. local time, reports the Columbus Dispatch.

According to his Facebook page, McCarrel said that he was at the NAACP Image Awards in Los Angeles. He attended the ceremony with his mother.

2. He Created a Mentorship Program Named Pursuing Our Dreams as Well as a Homeless Charity Called Feed the Streets

In their reporting on McCarrel’s death, the Columbus Dispatch notes that he had been involved with the Black Lives Matter movement. As well as that, he was the founder of a mentorship program named Pursuing Our Dreams and a homeless charity called Feed the Streets. Speaking about his homeless work, he told 614 Columbus, “That’s a human being. That’s a pulse. We’re feeding everyone, we’re sending the message — today I got you; tomorrow, I could be right there.” Speaking to Columbus Underground in June 2014, McCarrel said he was inspired to help the homeless after he spent time living on the streets.

At an August 2014 protest over the shooting of John Crawford in Beavercreek, Ohio, McCarrel told 10TV, “What we want today is just answers, we want to know what happened, why the officers felt the need to use deadly force.” In December 2014, McCarrel was arrested for his role in a protest at the Beavercreek Police Department. 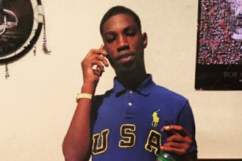 3. He Believed Society Has to ‘Unlearn Hatred & Racism’

In a December 2014 interview with Columbus Live, McCarrel argued that society had been conditioned to be racist and hate other people. He said:

People have become so conditioned to hatred and racial bias that as a society we need to “unlearn” what we have been conditioned to think. We have to break those walls down before we can build a stronger society. I believe police shoot people out of fear more than anything.

The conditioning is what causes the fear, and can lead to tragic outcomes. I don’t believe any police officer goes into a situation thinking, “I’m going to kill somebody,” but through propaganda and conditioning a 12-year-old kid [Tamir Rice] can look scary and threatening.

4. There’s Been an Outpouring of Emotion on Twitter Following McCarrel’s Death

Rest in Power to my brother MarShawn McCarrel. You did more to help your community in your short life than most will in a lifetime

On Twitter, McCarrel is being mourned by his supporters and friends. Here are some of the most poignant messages:

While another said, “Waiting for the gofund me pages for MarShawn McCarrel lmao. More reason for black lives matters people to steal donations.”

5. He Lived in One of Columbus’ Roughest Neighborhoods

McCarrel was raised and lived in Hilltop, one of Columbus’ most notorious neighborhoods. He told Columbus Live about his life there in 2014 saying:

I recently did a teaching at Worthington Kilbourne High School, and I asked those students what they thought of the Hilltop area. They replied, “dirty, crime, drugs.” These are potential officers that could later patrol that area, going into the job with that same mindset.

According to City Data, there were 561 reported crimes in the area in 2011. That same year, 10TV reported that residents of the area had formed a “Block Watch” to protect homes from the rise in crime.

If you or anybody you know is considering suicide please call either the Teen Suicide Prevention Hotline on 614-294-3300 or the Lifeline national organization for suicide prevention on 1-800-273-8255. 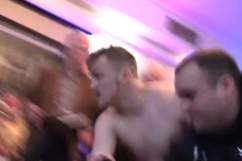