A man rescued by a Disney cruise ship near the Cuban coast has been accused of shutting down Boston Children’s Hospital with a massive computer hack on behalf of Anonymous. Somerville, Massachusetts, native Martin Gottesfeld, 31, was arrested in Miami after a boat he was in with his wife got into trouble. The couple had to be rescued by the passing Disney ship after they had sent out a distress call. He’s been under investigation by the FBI since October 2014. Now, Gottesfeld has been charged with conspiracy and could face prison time.

1. He Had Been Missing for 4 Weeks Before the Disney Cruise Picked Him Up

A statement from the U.S. Attorney in Massachusetts says that Gottesfeld is accused of shutting down a hospital network “in response to its treatment of Patient A.” The case involved a teenage girl who was in a “high-profile” custody battle, according to the U.S. Attorney. Specifically, the government says that Gottesfeld posted a video to YouTube in March 2014 (above) directing viewers to a PasteBin.com page that would give hackers relevant information about the hospital’s servers. The attack happened in April 2014.

He had been missing for four weeks prior to being found by the Disney cruise. On February 16, Gottesfeld and his wife were rescued by a passing Disney cruise after getting into difficulty in their boat. They made a distress call and were picked up by the ship. Authorities in the Bahamas contacted Boston’s FBI office to tell them that Gottesfeld was on board. The couple were taken to Miami port. On the morning of February 17, he was arrested.

Police in Somerville, Massachusetts, had been asked by Gottesfeld’s family to perform a wellness check at his home. Neither he nor his wife had been to work or contacted friends in four weeks. The U.S. Attorney statement says the Gottesfeld has been aware of the government’s investigation since October 2014.

2. Gottesfeld Had Been an Advocate for Justina Pelletier

On Facebook, Gottesfeld left a comment in 2015 on the page of Boston Children’s Hospital. It read, “How dare you. #FreeJustina.” Lou and Linda Pelletier lost custody of their daughter, Justina, while she was undergoing tests at Boston Children’s Hospital. The Pelletiers disagreed with the hospital’s diagnosing their daughter as having somatoform disorder, which is psychological. She had previously been diagnosed by doctors at Tufts University Hospital as having mitochondrial disease, which creates low-energy in a person due to cell deficiency. Justina Pelletier was returned to her parents in June 2014. 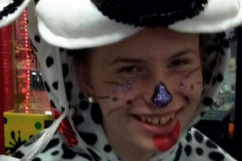 Parents Battle for Custody of Sick Daughter Seized by State: 5 Fast Facts You Need to Know

3. There’s Been No Comment From Anonymous on Gottesfeld’s Arrest

NBC’s Tom Winter reports that Gottesfeld performed the hacking “on behalf of” Anonymous. There’s been no comment on Gottesfeld from the group. He works as a senior systems engineer, according to his Twitter page.

According to his Facebook page, Gottesfeld is a certified lifeguard. Online records show that in April 2007, he was arrested on a misdemeanor charge of breaking and entering.

4. Shutting Down Logan River Academy Is Another Important Cause for Gottesfeld

According to his Twitter page, which has been inactive since November 2014, Gottesfeld was also passionate about shutting down Logan River Academy, a residential treatment center in Utah. He advocated for a Change.org petition which wanted the school to “Stop using solitary confinement a.k.a. “Precaution,” and “Development,” on kids.”

The school has denied that its staff use such measures, though former students have refuted those claims. Some former residents compared their treatment to the abuse suffered by detainees in Guantanamo Bay. The hacktivist group Anonymous had named the school has a target, also citing another reason being that many of the staff there do not have adequate training.

5. He Could Face 5 Years in Prison

Gottesfeld appeared in court on the morning of February 17. He’s facing a charge of conspiracy, a charge that carries the possibility of five years in prison and a fine of $250,000. The Somerville Patch reports that Boston Children’s Hospital says that it lost more than $300,000, during and because of the cyber attack.

Disney cruises have been busy picking people lately. On February 15, CNN reported that the Disney Wonder picked up 12 Cuban nationals who had gotten into trouble and were traveling on a “rustic” vessel. U.S. Coast Guard 7th District spokesman Jon-Paul Rios added that “rustic” is a word authorities use to describe as “dangerous, unseaworthy” boat.

Read More
5 Fast Facts, Breaking News, Weird News
Follow Heavy ↓
wpDiscuz
3
0
Would love your thoughts, please comment.x
()
x
| Reply
A man rescued by a Disney cruise close to Cuba has been accused of shutting down a hospital after a massive computer hack on behalf of Anonymous.