Quinton Verdell Tellis has been indicted in the murder of Jessica Chambers, who was burned to death in Mississippi in December 2014.

A suspect has been charged in the death of Jessica Chambers, the 19-year-old Mississippi woman burned to death in her small town in December 2014.

Quinton Verdell Tellis, 27, was indicted on capital murder charges by a grand jury in Panola County, The Clarion-Ledger reports. He is already in custody in Louisiana on an unrelated charge.

District Attorney John Champion announced the indictment Wednesday morning, saying Tellis, “was a suspect fairly early in this case. We continued to work on this case for quite a long time. We developed evidence in the fall that really led us to focus pretty seriously on him.”

The grand jury met Monday and Tuesday and returned the indictment. Champion said he will decide whether to pursue the death penalty and will talk with the Chambers’ family before a decision is made.

Chambers had lighter fluid forced up her nose and down her throat and was doused with gasoline before she was set on fire on December 6, 2014, in her hometown of Courtland, Mississippi. Tellis is also originally from Courtland.

She was found on a rural road next to her car, which was also burning. She was rushed to the hospital but died of thermal injuries.

1. He Is Suspected in the Death of a Louisiana Woman & Was Arrested for Using Her Credit Card

Quinton “Quint” Tellis is currently being held by the Ouachita Parish Sheriff’s Office in Louisiana on drug and unlawful use of a credit card charges, Fox 13 Memphis reports.

Tellis is suspected in the murder of the woman whose credit card police say he was caught using illegally, KNOE-TV reported in November 2015. He has been in custody since August 2015.

Meing Chen Hsiao, a 34-year-old former University of Louisiana-Monroe exchange student, was found stabbed to death in her apartment that month. Tellis has not been charged in her death. 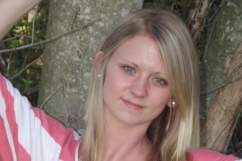 2. Investigators Say He & Chambers Were in a Relationship Before Her Death

Quinton Tellis is eight years older than Chambers but is also from Courtland, Mississippi, and graduated from the same high school as she did. They grew up in the same neighborhood, according to The Clarion-Ledger.

The newspaper reports that Tellis and Chambers were in a relationship in the weeks leading up to her death.

He was the last person to see her, sources told the newspaper. 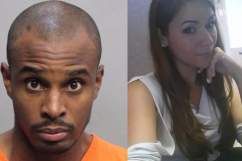 3. He Is Married & Has a Record Including Several Burglary Convictions

Tellis was married in August 2015, around the same time of his arrest in Louisiana, according to his Facebook page, which is under the name Quint “GoHard” Tellis.

According to The Clarion-Ledger, he has a lengthy criminal record.

Tellis was released on probation in 2014 and then left Mississippi, absconding from supervision.

He also has been charged for domestic violence and assault, but never convicted, the newspaper reports.

Chambers death rocked the town of Courtland, which is home to about 500 residents.

There were several clues that were questioned over and over online, including video showing her at a gas station before her death, and her last words, “Eric did this to me.”

“It’s the most baffling case I’ve ever worked on,” District Attorney John Champion told Buzzfeed last year. “I bet if you polled a hundred people and asked them to name their greatest fear of dying, burning would be number one. When you see a case like this, it’s often very, very personal.” 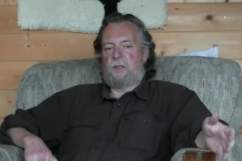 5. 17 People Were Indicted in an Operation Targeting Local Gangs That Came Out of the Investigation Into Her Death

The investigation into Chambers’ death has already led to arrests in Panola County.

Seventeen people were indicted on gang-related charges by federal authorities in December 2015, based on information that came out of the Chambers probe, The-Clarion Ledger reported.

“We’re going to start being very proactive toward the drug and gun problems in the communities,” District Attorney John Champion told the newspaper. “The community needs to know that when we ID those doing drugs and other crimes in the community, we’re going after them.”

Panola County Sheriff Dennis Darby told The Clarion-Ledger the arrests weren’t directly tied to Chambers’ murder, but said they gathered information as they interviewed more than 150 people and looked through 20,000 phone records trying to find the person who killed her.

“This is some part of it, it’s the state, feds and us working on this stuff,” Darby said. “We’ve told them and told them that this was coming. We’re not playing with them anymore.”

Loading more stories
wpDiscuz
101
0
Would love your thoughts, please comment.x
()
x
| Reply
Quinton Verdell Tellis, 27, has been indicted in the murder of Jessica Chambers, 19, who was burned to death in December 2014 in Mississippi.