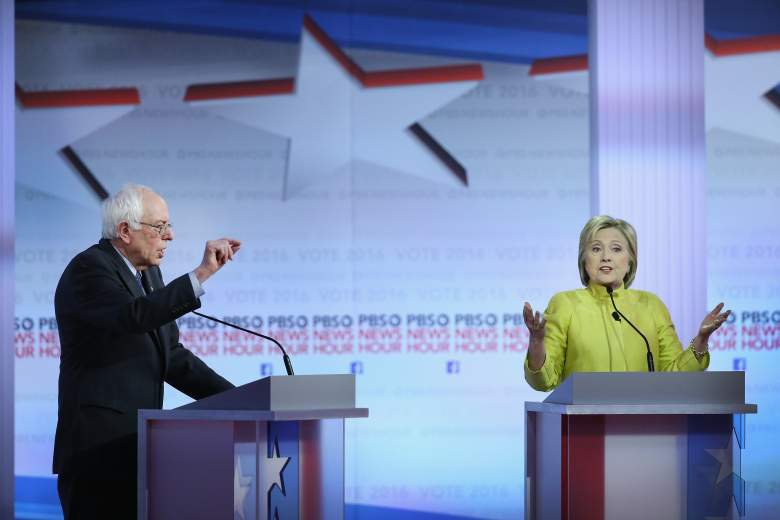 Bernie Sanders and Hillary Clinton are fighting for the Democratic nomination. (Getty)

The Democratic Party turns its attention to Nevada as its next stop during the primary and caucus season. The Nevada Democratic Caucus was held on Saturday, February 20. According to CNN, Hillary Clinton defeated Bernie Sanders in the caucus.

Nevada operates through a caucus rather than a primary election. Caucuses operate differently than primaries where there is a traditional election where individuals cast votes. Caucus locations in Nevada will open at 11 a.m. PT. Nevada voters can pre-register on this site or can register at the caucus locations the day of the event.

While it may not be getting the attention that Iowa and New Hampshire received, the state will play a key role in either Sanders or Clinton gaining momentum in their bid for the Democratic presidential nomination. The state offers a more diverse representation of the country than the previous two states did.

1. Bernie Sanders Is Coming off a Victory in the New Hampshire Primary 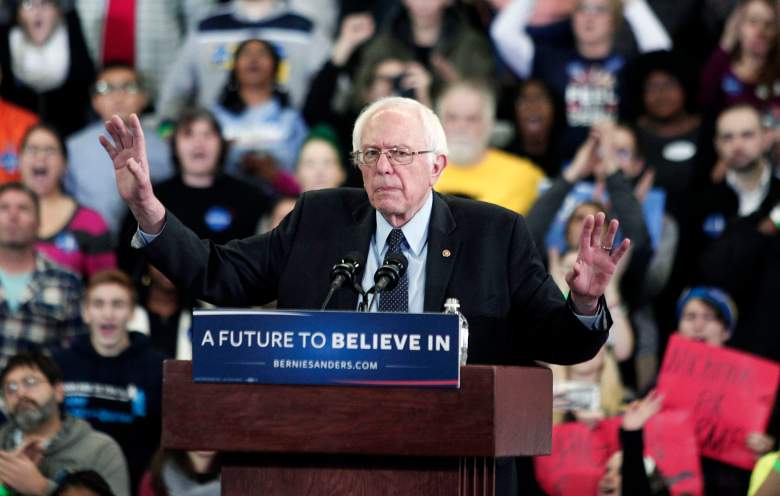 Bernie Sanders is coming off a New Hampshire victory. (Getty)

Nevada offers a different test for Sanders as both campaigns enter a more diverse state both economically and demographically. A victory for Sanders would point to his ability to appeal to a broader audience. 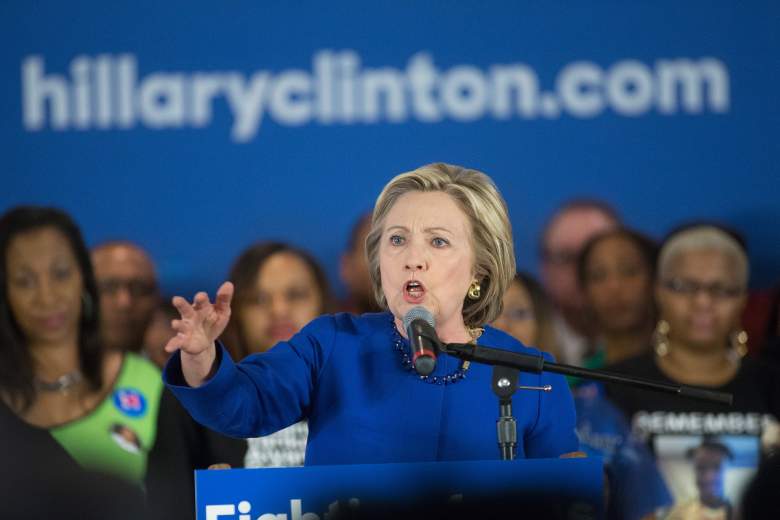 Hillary Clinton had success in Nevada in 2008. (Getty)

The last Nevada Democratic Caucus was held in 2008. Clinton defeated Barack Obama with 50.8 percent compared to 45.1 percent of the votes. Clinton eventually lost the Democratic nomination, but Nevada represents a key state for candidates. Both Sanders and Clinton understand the state’s role in the election as they look to build support not just for Saturday’s caucus but the general election as well.

“It’s the original swing state,” UNLV political science professor David Damore told the Las Vegas Sun. As the Los Angeles Times has described, Nevada was once thought to be a guaranteed victory for Clinton, but Sanders appears to have narrowed the gap in the contest.

3. Nevada Has Voted for the Winning Presidential Candidate in All But One Election Since 1912 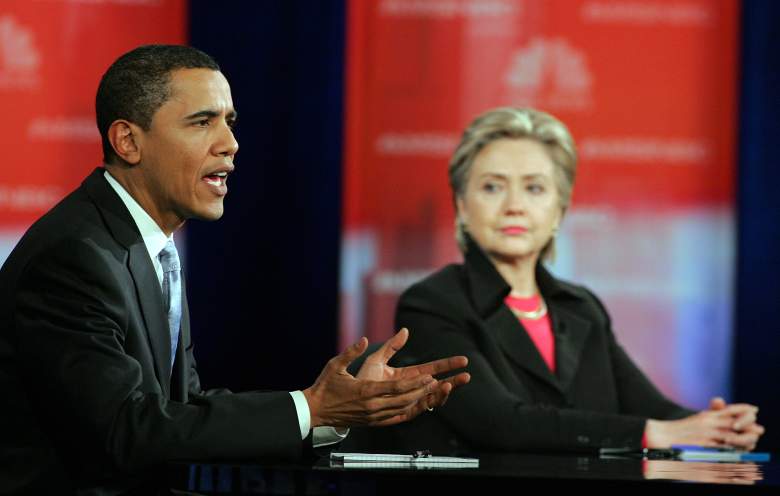 Nevada played a key role in Barack Obama winning the 2008 and 2012 elections. (Getty)

Nevada has been a strong indicator of who wins the general election. According to Politico, the state has sided with the winning presidential candidate in every election since 1912 aside from 1976. Both Clinton and Sanders hope a good showing on Saturday leads to momentum in the fall.

The Democratic candidates will be fighting on Saturday for 35 of the state’s 43 delegates. The remaining eight are reserved for superdelegates made up of key political leaders who are free to cast their vote for either candidate regardless of the outcome of a primary or caucus.

4. The Economy Is a Key Issue in Nevada 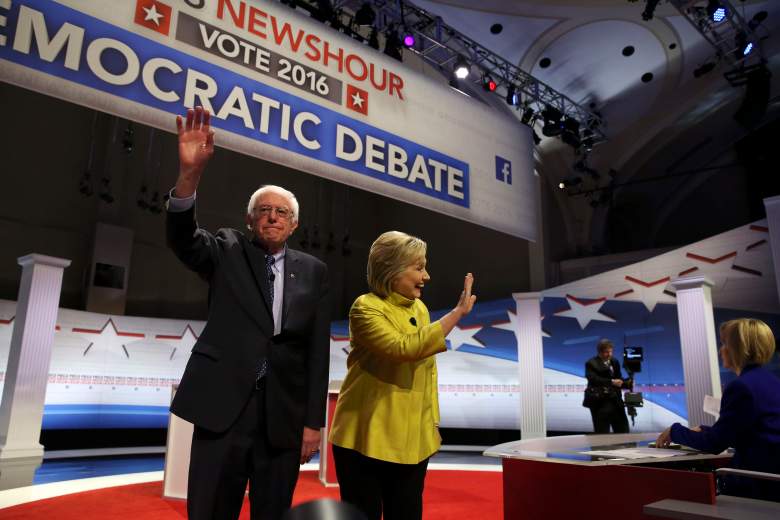 Both candidates are hoping to show the viability of their economic plans. (Getty)

Both New Hampshire and Iowa are considered to have strong local economies. According to FiveThirtyEight, both states have unemployment below 3.5 percent which is well below the national average of 4.9 percent. Nevada was one of the states hit hardest by the housing troubles and the local economy has not recovered.

Expect candidates of both parties to speak of their plans to improve the economy. In the Democratic race, Sanders and Clinton both have touched on their plans for the economy in different ways. Sanders often speaks of the top one percent holding the wealth of the country and his desire to improve the middle class. Clinton has criticized Sanders for not having a workable plan to accomplish his economic promises such as making a college education free.

Voters can show up the day of the caucus and register as a Democrat in order to vote in that day’s caucus. With this variable in mind, predicting the outcome can be very difficult. According to NPR, The Culinary Union has not endorsed either candidate. Their support of Obama in 2008 and 2012 helped him win both elections.

The union’s neutrality is expected to lead to a decreased turnout from 2008. Despite not endorsing a candidate, the union has fought for and successfully won the right for casino workers to vote on the premises of their workplace. This will allow many workers to participate on Saturday that would have been prohibited given their work schedule.

Correction: An earlier version of this post listed the incorrect date for the Democratic caucus. The caucus is Saturday, February 20.

Loading more stories
wpDiscuz
2
0
Would love your thoughts, please comment.x
()
x
| Reply
As Hillary Clinton and Bernie Sanders head to Nevada, we preview the caucus and highlight its importance in the presidential race.