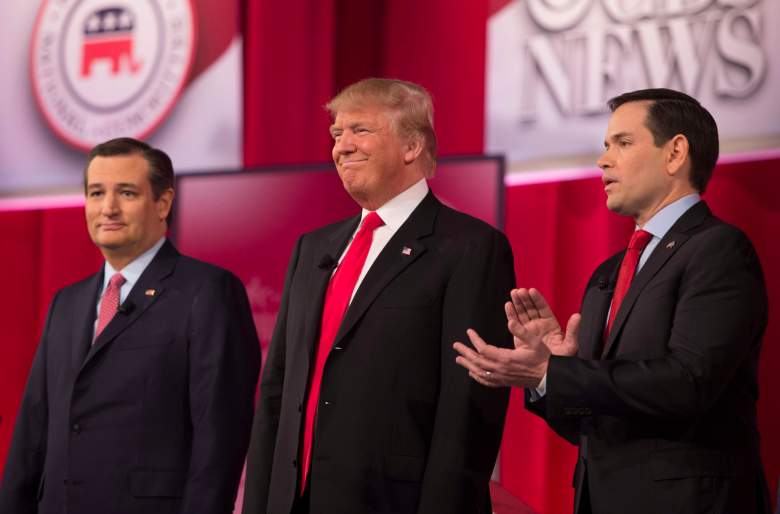 The Republican race is heating up wtih a primary and caucus within days of each other. (Getty)

It is a busy few days for the Republican party. Less than a week after the South Carolina primary, the Nevada GOP caucus will take place on Tuesday, February 23.

It marks the first GOP caucus or primary in the Western part of the United States after stops in both the Northeast and Southeast. The state has 34 Republican delegates at stake.

At this stage of the process, the delegates are divided up between the candidates based on the results. The losing candidates can still get a portion of the delegates. Nevada residents can click here to both register and find the nearest caucus location.

Nevada marks the final stop prior to Super Tuesday on March 1. In addition to South Carolina, the Republicans had the Iowa caucus and New Hampshire primary. Early polls show Donald Trump has an advantage in Nevada, but the caucus can be difficult to predict with a historically low turnout.

1. Nevada Is the Fourth Stop for the Republican Party 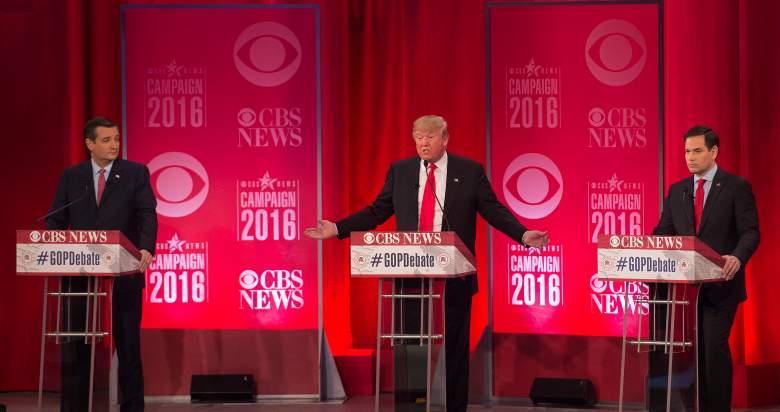 Ted Cruz, Donald Trump and Marco Rubio are three of the candidates fighting for the Republican nomination. (Getty)

Nevada marks the fourth stop on the GOP primary and caucus trail. It has the shortest turnaround time between any of the primary and caucuses so far. The Republican party will be coming off its South Carolina primary on Saturday, February 20.

Ted Cruz won the Iowa Caucus with 27.6 percent of the votes. Donald Trump came in second with 24.3 percent and Marco Rubio was third with 23.1 percent.

Trump decisively won New Hampshire with 35.3 percent of the votes. John Kasich came in second with 15.8 percent and Cruz was third with 11.7 percent. Trump also had a decisive victory in South Carolina. 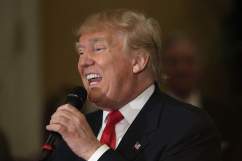 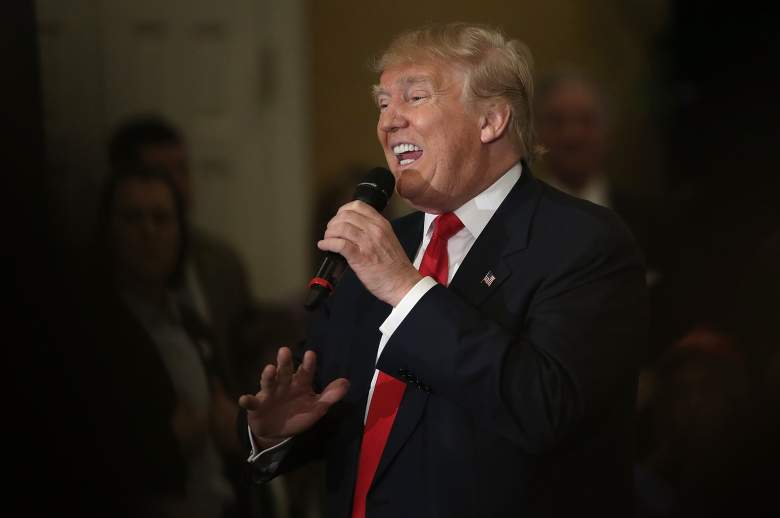 Donald Trump has a lead in the Nevada polls. (Getty)

Polls are not always indicative of how the primary turns out, especially in Nevada. The state has traditionally had a low voter turnout in the caucuses which means the numbers can fluctuate from the polls. Prior to his entrance into the 2016 presidential election, Trump already had a presence in the state with his Las Vegas hotel located on the strip.

3. Nevada Has a History of Siding With the Winning Presidential Candidate 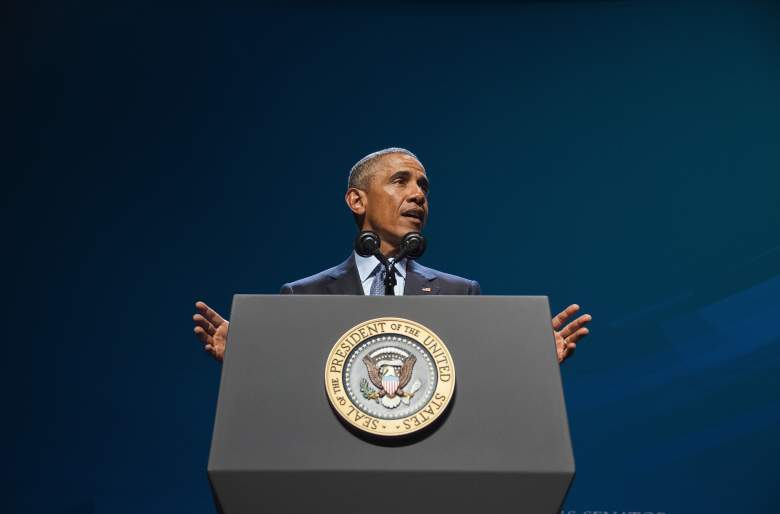 According to Politico, Nevada has voted for the winning president in every election since 1912 aside from the 1976 election. Overall, the state has sided with the winning candidate in 31 of 38 elections. The Republican candidates realize the state’s importance lies not just in the caucus results but also in their ability to carry the state in the general election.

During the last two elections, this has not worked in the Republicans favor. Despite Mitt Romney’s success in Nevada he was not able to defeat President Obama in 2012. Obama won the state with 52.3 percent of the votes compared to Romney’s 45.7 percent. 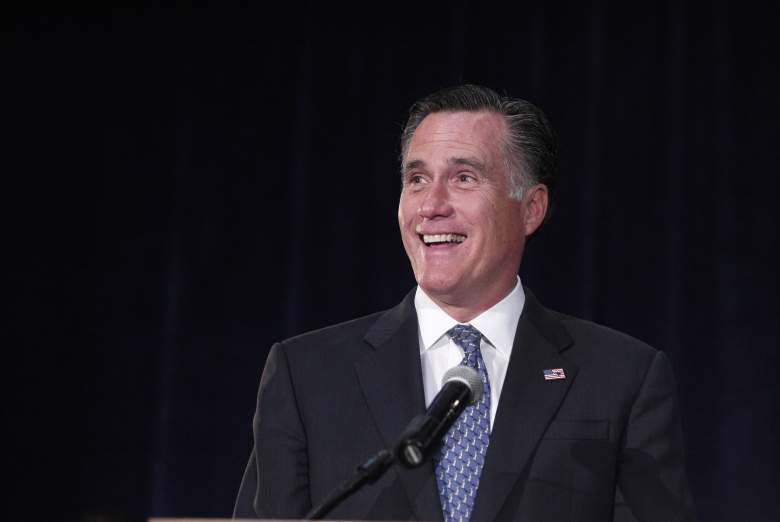 Mitt Romney had success at the Nevada caucus. (Getty)

During the 2012 Republican primary and caucus season, Romney won Nevada by a large margin. He had 50.1 percent of the votes with Newt Gingrich coming in a distant second at 21.1 percent. Romney went on to win the 2012 Republican nomination but lost to President Obama in the general election.

Romney was not able to win the state again in the fall. Obama won Nevada with 52.3 percent of the votes compared to Romney’s 45.7 percent. 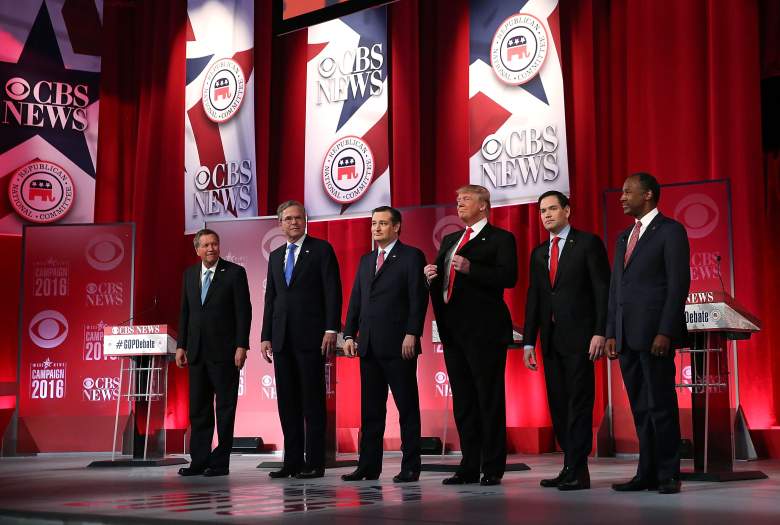 The six remaining candidates at a Republican debate. (Getty)

While Hillary Clinton and Bernie Sanders are the only two remaining Democratic candidates, there are five candidates fighting for the Republican nomination. Trump appears to be leading the pack. Cruz and Rubio look to be next in line. Jeb Bush dropped out of the race after a poor showing in South Carolina.

Ben Carson is still running but there is a sizable gap between him and the rest of the candidates. As candidates continue to drop out of the race, it will be interesting to watch which of the remaining candidates get a bump. Cruz and Rubio hope they will be able to get the support from voters of the previous candidates as the field narrows.

Read More
Politics
wpDiscuz
1
0
Would love your thoughts, please comment.x
()
x
| Reply
Right after South Carolina, the Republicans next stop on the campaign trail will be Nevada. Find out all the details about the Nevada Republican caucus.