The body of a missing Texas girl has been found, police say. She died of multiple gunshot wounds, KHOU-TV reports.

The Amber Alert was been issued in Katy, Texas, for Adriana Coronado, 13-year-old girl who police say was abducted by an unknown person after her father was killed.

The alert was issued Monday morning at about 1 a.m. for Adriana Coronado, police said. Her father, Cesar Vladimir Coronado, was found dead in a ditch on Sunday, and police believe the girl was with him when he was killed, NBC News reports.
She may be in “grave or immediate danger,” police said in the alert.

1. Her Father Was Shot to Death & Then Set on Fire

Her father, Cesar Vladimir Coronado, pictured with her above, was found shot to death and badly burned, KPRC-TV reports. It appears he was set on fire after he was killed, police say.

His truck as also later found and had been burned as well.

2. She Was Last Seen on March 12, 2 Days Before the Amber Alert Was Issued

Coronado was last seen on March 12, the alert says, which is two days before it was issued. It is not known when she was killed.

She was seen in Katy, Texas, at 1 a.m. that morning, KHOU-TV reports.

Police are searching for an “unknown suspect” in the abduction and murder of the Coronados. It is not yet known if the suspect knew Coronado, or if the person is a stranger. Family members say the girl’s father had no known enemies.

According to KHOU-TV, the suspect was last heard from in Katy, Texas. It is not known when exactly that occurred.

3. Her Mother Is in Mexico, Where She Traveled to Have Surgery

Coronado’s mother told reporters she is in Mexico recovering from surgery and has been there for two weeks. She is not able to travel.

“Please return my daughter back ‘cause I’m dying with hurt,” Coronado’s mom told KHOU. “Oh my God. This is my only daughter please return her to me.”

Mother of #AdrianaCoronado invited us in, says she hopes police catch killers & "My 2 loves left me alone" #KHOU11 pic.twitter.com/rYSjPHxO9v

After her daughter’s body was found, the mother said, “I lost my two loves, the two people I loved most in the world. My little girl and my man. They are gone and they left me alone.”

4. She Was a Freshman at a Houston High School

Friends told KHOU-TV that Coronado was a freshman at Mayde Creek High School in Houston.

She was supposed to have friends to her apartment on Saturday, but didn’t respond to calls.

“We are like something’s wrong because she’s always on her phone,” Eduardo Revuelta told KHOU. “Why wouldn’t you answer us?”

5. Police Have Asked Anyone With Information to Contact Them Immediately

The Amber Alert was issued by the Walker County Sheriff’s Office.

Anyone with information about the suspect is asked not to hesitate and to call 911 or 936-435-2400 immediately.

The FBI is assisting in the case. 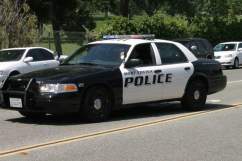