FBI Director James Comey and Apple’s general counsel, Bruce Sewell, each have a chance to testify before the House Judiciary Committee on Tuesday to give their arguments in the battle over encryption on iPhones.

The Congressional committee is weighing the issue of security vs. privacy in the wake of the San Bernardino terror attack. Comey and the FBI are fighting to be able to have a so-called “backdoor” into the Apple-made phones, to get beyond encryption. Apple argues that a backdoor would create a security breach that would put all of its customers’ data at risk.

You can watch the hearing live above, or by clicking here. 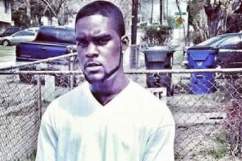