A retired Pennsylvania state trooper shot and killed two men, including another retired officer, during an attempted robbery of a turnpike toll booth Sunday morning.

Clarence Briggs, 54, who worked as a cop for 26 years, was shot dead by a state trooper during the incident at the Fort Littleton interchange at about 7 a.m., the Allentown Morning Call reports.

Authorities identified the victims as turnpike worker Danny Krouse, 55, and security guard Ronald Heist, 71, a retired York City police officer. A female toll worker and the driver of a toll collection van were able to escape without injury, police said.

The investigation into the incident is active and ongoing.

Police identified Briggs as Clarence D. Briggs, 55, but court records and other public records show his name is Clarence L. Briggs and he is 54. He lived in Newville.

1. Briggs Stole a Security Van Full of Money & Drove It to His Car, Where He Was Killed in a Gunfight With a Trooper, Police Say

The suspect, Clarence Briggs confronted two toll booth workers at about 7 a.m., police said at a press conference, according to The Morning Call.

A satellite image from Google Maps shows the area where the shooting occurred.

Briggs, armed with a gun, led the workers into a nearby building and tried to tie them up, when a fight ensued, police said. One of the victims, Danny Krouse, ran out of the building as an armored security van arrived to pick up money from the toll booth, according to police. Krouse was shot and killed by Briggs, who then also shot and killed Ronald Heist, who was a security guard in the van, police said.

The driver of the van fled on foot, police said. He was not harmed. The other toll worker, a woman, was also not injured.

PSP: 3 people, including the suspect, are dead after a shooting on the PA Turnpike @ mm180,Littleton. Exit closed pic.twitter.com/KQhYmcF4QA

After shooting and killing Krouse and Heist, police said Briggs stole the armored security van with money inside and drove it to where he had parked his car on a service ramp, the Chambersburg Public Opinion reports.

While Briggs was unloading money into his vehicle from the armored van, a state trooper arrived at the scene. He exchanged fire with Briggs and Briggs was shot, police said. The trooper was not injured.

Dispatch recordings reveal the frantic call for help that brought state troopers to the toll booth facility within minutes of the shooting. You can listen to them above or by clicking here.

A woman can be heard talking to the dispatcher, but it’s unclear what she is saying. The dispatcher then calls for any troopers in the area to respond to the Fort Littleton interchange, saying “it appears a toll collector has been robbed.”

The dispatcher then tells the responding troopers the suspect is a male who fled on foot and was wearing a “camo mask” and “cargo pants” and showed a handgun.

2. He Retired in 2012 After Working for 26 Years as a Trooper & Had Been Working for a Gunmaker

Police said at the press conference that Clarence Briggs retired honorably in January 2012 after 26 years as a state trooper.

Captain David Cain, the Troop T commander, said Briggs spent most of his career at the Newville barracks, on the eastbound side of the Turnpike in Cumberland County. He lived in Newville, police said.

Police are still on the scene at the shooters residence pic.twitter.com/y8BDoDsUAA

Police crews investigating are now searching through a box found inside the shooters home pic.twitter.com/QnqdsNyqeT

Briggs was assigned to Troop T, which oversees the Turnpike, and responded to incidents on the roadway during his career, Fox 43 reports.

After his retirement from the police, Briggs worked as a range master for Israel Weapons Industries (IW) US Inc., a Harrisburg-based gun manufacturer. The company is a spin-off of the Israel Military Industries, which produces firearms for the Israel Defense Forces. 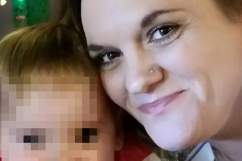 Briggs and his wife, Donna, filed for Chapter 13 bankruptcy in federal court in March 2015, according to online court records.

You can read the filing below or by clicking here:

Briggs earned about $5,000 a month from his state police pension. He had also worked for IWI Inc. for two years when he filed the bankruptcy. His wife works at a local hospital.

4. He Was Arrested in 2014 on Charges He Assaulted His Wife, But the Case Was Dismissed

Briggs’ wife told police she fled from him during an argument, locking herself in a bedroom, PennLive.com reports. He knocked down the door and then punched his wife, causing swelling around one of her eyes, police said. He told police he gave her an “open-handed slap,” the newspaper reports.

He was arrested by a Pennsylvania state trooper based in Carlisle and posted $5,000 bail.

5. One of the Victims Had Only Been Working at the Toll Booth for 3 Months & the Other Was a Longtime Cop Working as a Contractor

Danny Crouse, 55, had only been working for the Turnpike for three months, police said at a press conference.

The other victim, 71-year-old Ronald Heist, was a longtime police officer in York City, Pennsylvania, and was working for a security contractor, Schaad Detective Agency, that is hired by the Turnpike to collect toll money.

“This is the work we know and Ron went off to work in security,” York City Police Chief Wes Kahley told the Public Opinion. “Our hearts go out to the family and we pray from them and for Ron. He’s going to be missed.”

“It’s just something in your blood and something that you kind of do,” he said.

The Turnpike Commission said it does not plan to increase security, calling the incident an isolated one.

“Our thoughts and prayers are with the family and friends of the deceased victims, the turnpike employee and the contractor. We cannot imagine what the families must be feeling right now. Certainly, today will be a day that none of us will soon forget,” Turnpike Chairman Sean Logan said in a statement, adding that they are “deeply saddened by this horrific tragedy.”

Governor Tom Wolf said in a statement, “What happened this morning was tragic and a senseless act of violence, and the victims and their families and colleagues are in Frances’ and my thoughts and prayers.” 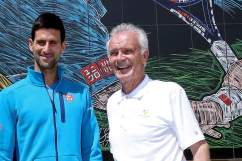