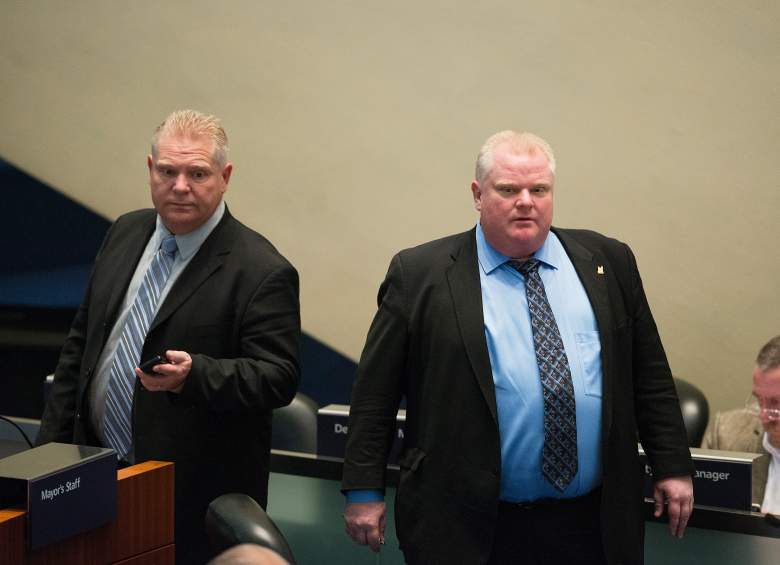 Rob Ford’s family has announced that the young politician passed away. Doug Ford is one of Rob Ford’s three siblings and the only other one who is currently involved in politics. Named after their father, politician and businessman Doug Ford Sr., Doug Jr. stepped in for Rob’s controversial mayoral race in 2014 after his brother was diagnosed with cancer. He’s been his brother’s campaign spokesman and has continued to be the family spokesman while his brother battled cancer. But beyond being a politician, Doug is also a family man with four children and a long marriage.

1. Doug Ran for Mayor in Rob’s Place After Rob Was Diagnosed With Cancer

Rob’s tenure as mayor of Toronto was very controversial. At one point, some of his mayoral powers were taken away when he wouldn’t resign after his problem with drugs was discovered. Still, Rob was planning to run for re-election in 2014. When he was diagnosed with cancer, he was forced to leave the race due to his cancer treatment, so Doug ran in his place, The Star reported. Doug lost the election to John Tory, with 34 percent of the vote to Tory’s 40 percent. Doug’s campaign was later fined nearly $12,000 for illegal lawn signs. 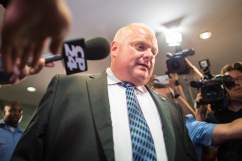 2. He Served on the City Council While His Brother Was Mayor

Doug Jr. is a politician, businessman, and longtime campaign manager for his brother Rob. Doug was the Toronto City Councillor for Ward 2 Etobicoke North from 2010 to 2014, at the same time that Rob was mayor of Toronto. Rob had previously been in the same City Councillor position. The two brothers often pursued politics together and supported each other’s efforts. According to The Star, Doug is sometimes seen as the “brains” while Rob is more outspoken. But opponents of Doug say he’s a bully who has no shame and refuses to listen to advice. 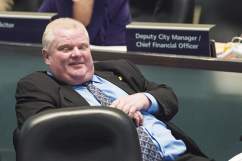 3. Doug Has Been Married for 30 Years and Has Four Daughters

Doug and his wife, Karla Middlebrook, have been married for nearly 30 years, The Star reported. They first met at a pool party at his parents’ home. Karla’s parents loved Doug because “he was a respectable young man.” Her mom especially liked how Doug took care of his own mom. He and his wife still have a date night once a week.

They have four daughters in their 20s: Krista, Kayla, Kara, and Kyla. They keep their daughters out of the spotlight because of threats their family has received in the past. Doug refers to his daughters as his four angels and he dotes on their pets, The Star reported. He has a black lab who’s a little over 15, and he sneaks him milk and cookies every night. He and his wife also have four cats. 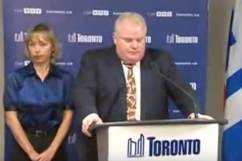 4. He’s a Millionaire Who Runs a Company His Dad Founded

Linda Diebel hangs out with Doug Ford, Karla Ford and their many cats: http://t.co/tlmzNZXmZH

Doug’s father, Douglas Bruce Ford, Sr., was the founder of Deco Labels and Tags, a hugely profitable business. Ford, his mom, and two brothers are directors of the very profitable Deco Labels and Tags, Toronto Life reported. Doug Jr. has been the president of Deco since 2002 and brother Randy is the manager. Doug owns 40 percent of Deco Labels, Randy owns 40 percent, and Rob owns 20 percent, according to the Globe and Mail. Deco makes about $100 million annually in sales. 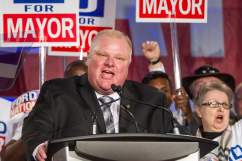 5. Unlike His Brother, Doug Steers Clear of Drugs and Alcohol Completely

Thank you all for the kind words & best wishes as @TorontoRobFord really enjoys reading them https://t.co/BOJBv96Uh5 pic.twitter.com/8NPxpxx6NZ

According to The Star, Doug stays very far away from drugs and alcohol, a combination that brought his brother Rob down politically. He said he doesn’t even take aspirin. “My drink is chocolate milk.”

As for his brother, Doug remained supportive of him, often speaking to the press about Rob’s cancer treatment. He event set up a webpage, GetWellRobFord.com, where people could wish Rob and his family well. More than 3,000 people have left messages so far.