A man who molested his cancer stricken daughter while she was being treated was spared jail after being found guilty. His estranged wife wrote to the judge asking him not to send her husband to prison. On March 1, Jeremy Schwer, 41, was sentenced to 12 years probation, forced to register as a sex offender as well as undergo counseling. He will also have to move out of the family home. Deputy Prosecutor Courtney Curtis had wanted Schwer to serve nine years with three years probation, reports the Indianapolis Star.

The judge in the case was Marion Superior Court Magistrate Steven Rubick.

1. His Daughter Was Admitted to a Hospital in 2013 After Doctors Found a Brain Tumor

The Indianapolis Star reports that Schwer’s daughter was admitted to a hospital in 2013 after doctors found a brain tumor. The newspaper, citing court documents, says that it was during this time that Schwer began molesting his young daughter. The couple had been alternating spending nights with their daughter at St. Jude’s.

As of March 2014, there was no growth in Schwer’s daughter’s tumor and she continues to recover from her treatment.

2. Schwer Was Arrested in 2015 After His Daughter Said He Touched Her ‘Peepeeluca’

In 2015, Schwer was arrested after his daughter told her mother about the abuse. The young girl said that she touched her father’s “peepeluca” and he touched hers. The Indianapolis Star reports that was a family name for private parts. She also said that Schwer “had her sit on his ‘cat tail,'” according to the Star. The girl said that it happened every night that she slept alone with her father. She added that Schwer had said that if she told anyone, he would go to jail.

3. An Online Diary Shows That Jeremy Was Working in Indianapolis While His Daughter Was Being Treated in Memphis

On a YouCaring page for Schwer’s daughter, it mentions that he had been traveling between Memphis and Indianapolis during his daughter’s treatment. She was being treated in Memphis since September 2013 when her tumor became “extremely rare, malignant, and high grade.”

The Indianapolis Star reports that he hadn’t worked since he was initially arrested in 2015 until two weeks before sentencing, despite being out of jail. An article written about the family in Nuvo.net, mentions that Schwer had been working as a 3D rendering artist for a company named Ratio Architects. The piece is dated from February 2014. It says that the family were struggling to pay the medical bills from their daughter’s sickness. Arpana Schwer told the website, “Whatever Jeremy and I are making, it all goes to medical bills. Life is not easy for us. It’s been really, really tough.” The little girl meanwhile said that the Make-a-Wish foundation had built her princess castle at her home, she said, “Today my daddy is going to give me a lot of surprises. Tomorrow is special.”

The Star piece, quotes Schwer’s lawyer, John W. Campbell, saying that his client plans to dedicate his life to financially supporting his family.

4. His Father Died the Same Year the Allegations Were First Made

Schwer’s father, Frank Glen Schwer, died in June 2015, “following a prolonged battle with cancer. Thankfully, he was able to remain active and working, with much quality of life, till within just a few weeks of his passing,” according to his obituary. The tribute says that Schwer is the middle child, born in between older brother Jonathan and younger sister, Erin. The family grew up in Beech Grove, Indiana, just south of Indianapolis. His parents split up after 25 years together. Finally, the obituary ends with mourners being asked to make a donation to St. Jude’s hospital in Frank Schwer’s honor.

5. His Wife Is a Native of Kathmandu, Nepal

According to her Facebook page, Arpana Schwer is a native of Kathmandu, Nepal. She works for a Catholic charity that specializes in helping refugee and immigrant communities. On her profile, she says she married Schwer in 2007. In her husband’s case, Deputy Prosecutor Curtis said “This is the most horrific circumstance of a child molest case that I’ve ever seen,” reports the Indianapolis Star. Though Curtis understood the judge listening to the girl’s mother in regard to sentencing.

The couple have another younger daughter together.

This article does not provide links to social media pages or other information sources that directly identify the victim. 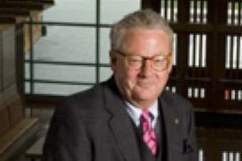 Loading more stories
wpDiscuz
15
0
Would love your thoughts, please comment.x
()
x
| Reply
A man who molested his cancer stricken daughter while she was being treated was spared jail after being found guilty. His estranged wife wrote to the judge asking him not to send her husband to prison.