John Loveless, right, an attorney from Missouri, is being held in Cancun, Mexico, after his girlfriend, Tamra Turpin, left, was found dead. (Facebook)

A 59-year-old attorney from Missouri is in custody in Cancun, Mexico, in connection with the death of his 36-year-old girlfriend, authorities say.

John Loveless was detained last week while trying to board a flight to Atlanta, the St. Louis Post-Dispatch reports. His girlfriend, Tamra Turpin, was found dead of asphyxia by strangulation in the condo they had rented in the resort city of Playa del Carmen, near Cancun, the Mexican prosecutor’s office says.

Turpin’s mother, Evalena Duncan, says they are still trying to figure out what happened.

1. Loveless & Turpin Had Known Each Other for Several Years & Had Taken Other Trips Together

She posted several photos of the trips they took together. (Facebook)

Tamra Turpin and John Loveless had known each other for several years and have traveled together often, according to photos and posts on social media.

Photos on her Facebook page show them on trips together in Florida, the Dominican Republic and on a cruise. Photos of the two of them together go back about five years.

Turpin was from Union, Missouri, and Loveless lives in Saint Clair, about 15 minutes away.

2. She Was Disabled by Injuries Suffered During a Car Crash as a Teen & Could Not Work

Family members told the St. Louis Post-Dispatch that Turpin was disabled after a car crash when she was a teenager and could not work.

Loveless told her family Turpin was taken to the hospital after having seizures, the Post-Dispatch reports. He said she was released, but “still wasn’t right” and died at the resort Wednesday morning.

“We were in shock,” Turpin’s cousin, Julie Burr, told the newspaper. “I never expected anything like this.”

Her mother told KSDK-TV Turpin never married or had children. She said Turpin loved animals and had several pets.

3. He Has Owned a Personal Injury Law Firm in Missouri for 34 Years

Loveless is an attorney and runs a personal injury firm in Saint Clair, Missouri, according to his Linkedin page.

He has owned the Loveless Law Office since 1982. He graduated from Southern Illinois University with a degree in accounting and attended the University of Illinois at Urbana-Champaign Law School.

Loveless is divorced and has children, according to online court records.

4. He Appeared Before a Judge & Faces a Criminal Homicide Investigation, Authorities Say

Loveless appeared before a judge Friday for the first time, according to NBC News. He remains in custody but it is not clear if he is facing charges.

The Mexican prosecutor’s office says he faces a criminal homicide investigation. It is not clear if he has an attorney.

The U.S. Embassy said it is aware of the investigation and is providing consular assistance.

“We offer our sincerest condolences to her family and loved ones on their loss. Our consular staff is providing all possible consular assistance. We are also aware of reports that a U.S. citizen has been arrested in connection with her death,” the Embassy said in a statement.

5. A GoFundMe Account Has Been Set Up to Help Her Mother With Funeral Expenses

Turpin’s family has set up a GoFundMe account to help pay for the costs of having her body returned to Missouri and for her funeral.

“It is going to cost approximately $8000 to bring Tamra home and lay her to rest. On top of that there will be funeral cost. Any donations would be greatly appreciated. If we can all just give back a part of what Tamra gave us we will finally be able to bring here home and say our goodbyes. We will update arrangements once they are available,” said Amanda Wilson, a family friend who set up the page.

Wilson said Turpin was “an amazing person who touched so many peoples lives.”

They had raised more than $10,000 by Monday afternoon. 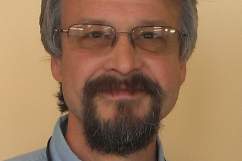