The families of Justin and Stephanie Shults are frantically searching for information after the explosions in Brussels which killed 34 people on March 22. The couple, who live in the Belgian capital, have not been heard from since the early morning bombs at the city’s airport and at a metro station. He is a native of Tennessee while she hails from Kentucky. They had just dropped Stephanie’s mother, Carolyn Moore, to the airport when the attacks occurred.

A day after the attacks, the families of the two missing people were mistakenly told that the couple had been located. Sadly, those reports proved to be untrue.

1. The Couple’s Car Has Been Found at Brussels’ Airport/h2>

On March 26, WSMV reporter Matt Parker tweeted that the Shults’ car had been found in the parking lot of Brussels’ airport. There is still no sign of the couple. WSMV reported on March 24 that Justin Shults’ parents were in Belgium looking for the pair. Due to privacy laws in the country it’s difficult to people to visit hospitals without a patient’s consent.

Betty Gragg-Newsome told CBS Lexington that her sister, Carolyn Moore, had been in Belgium to visit her sister for a week. Newsome added that although her sister was knocked off of her feet during the explosion, she is fine.

3. They’re Both Graduates of Vanderbilt University

Justin Shults is a native of Gatlinburg in Tennessee, according to his Facebook page. They’re both graduates of Vanderbilt University, while Stephanie also attended Transylvania University, according to Fox Lexington. During his time in at Vanderbilt, Justin was a member of the Beta Gamma Sigma fraternity.

Meanwhile WVLT’s Kyle Warnke tweeted that Justin Shults was his high school valedictorian and “won several scholarships for college.” On his Facebook page, Justin attended Gatlinburg-Pittman High School. His wife is a graduate of Bryan Station High School in Kentucky.

CBS Lexington reports that Stephanie got her master’s at Vanderbilt. She works for the Mars corporation. They moved to the Belgian capital in June 2014.

According to his LinkedIn page, Shults is a manager at air filtration giants Clarcor. He previously worked with the company in Nashville.

4. They Have Received the Prayers of the Mayor of Lexington

We join those praying for victims of this tragedy, including Lexington’s Stephanie Shultz & her husband, Justin, both missing in Belgium.

Lexington Mayor Jim Gray tweeted his prayers to the Shults’ family. In a statement to WKYT, Congressman Andy Barr said, “We are aware of this situation and our office has contacted the State Department in an effort to account for the couple and reconnect them with their family. We have no other information at this time, but we are committed to doing everything possible to help them find their loved ones.”

5. It Has Emerged that the Attackers Sought to Detonate 5 Bombs at the Airport

The Belgian media is reporting that the ISIS bombers planned to bring five bombs to the airport but the taxi they ordered was too small. Meanwhile CNN reports that the taxi driver who took the attackers to the airport later tipped off authorities about where he picked the men up. The network says that at that address, investigators recovered an ISIS flag and bomb making materials. 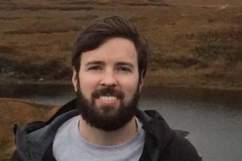 Loading more stories
wpDiscuz
4
0
Would love your thoughts, please comment.x
()
x
| Reply
The families of Justin and Stephanie Shults are frantically searching for information after the explosions in Brussels which killed 34 people on March 22.