A University of Washington coed is dead and her fellow student boyfriend is being accused of her murder after the pair allegedly took LSD together. The students, Katy Straalsund, 22, and Casey Henderson, 21, bought the drugs on March 20, according to Seattle police. Later that day, neighbors called 911 to report what they thought was a “violent confrontation” coming from Straalsund’s apartment in the University District, reports KOMO News.

When officers entered the home, Henderson was arrested and Straalsund was rushed to Harborview Medical Center. She had no brain activity at that point. The 22-year-old was pronounced dead on March 22, two days after she was attacked.

1. Police Say that After Taking the Drugs, Henderson Became Paranoid That His Girlfriend Was Plotting Against Him

The neighbor who called 911 told KOMO News that, “The guy started pounding the wall and kicking stuff. And then I was like, ‘Wow, I better call,’ because he was continuously yelling like, ‘I’m going to (expletive) kill you!’

The station then says that officers broke into Straalsund’s apartment and had to pull the suspect off of his girlfriend.

My heart just shattered for Katy Straalsund and her family. She was a very bright and sweet person. May she rest well.

The Tri-City Herald reports that investigators are saying that the couple bought drugs from someone on the street on the afternoon of March 20. After walking around the University of Washington campus for a while they returned to Straalsund’s apartment around 8 p.m.

Henderson allegedly told detectives that he doesn’t remember much of what happened but that he became paranoid about Straalsund and believed she was plotting against him. The Herald says that Henderson told officers, “I thought I killed her.”

2. Henderson Is Being Held on a $1 Million Bail

Henderson is in the custody of the Seattle Police Department. He’s scheduled to appear in court on March 23, according to a statement. Seattle cops also said that they are “coordinating” with the University of Washington in the killing.

3. A Week Before Her Death, Straalsund Wrote on Facebook that ‘Everything Is Evolving Constantly in This Crazy Beautiful Life’

The Herald reports that the couple had been dating for six months. Just days before her death Straalsund wrote on her Facebook page:

Life is good! It’s all about the journey and experiences

that you collect as you go through life. “Change is the only constant”- my favorite quote tried and true! Take solace in the fact that things will never be exactly the same as the are now– weather that’s in career, health&fitness, relationships, etc. Everything is evolving constantly in this crazy, fast beautiful life.

According to her Facebook page, Straalsund worked as a barista at a Starbucks and was a native of Richland, Washington. Prior to attending the University of Washington, she studied at Columbia Basin College.

4. Henderson Wrote on His Facebook Page That ‘Life Is a Dashing & Bold Adventure’

In the About section on his Facebook page, Casey Henderson writes, “Life to me is a dashing and bold adventure!” Meanwhile, on the favorite quotes section he says, “CHANGE THE WORLD.” Like, Straalsund, he’s a native of Richland, Washington. His last visible Facebook post is a link to a study showing the University of Washington to be the 11th best university in the world, to which he added, “Proud to be a Husky.”

5. The Use of Hallucinogens Among Americans Is on the Decline

A study done by the National Institute on Drug Abuse in 2012 showed that since 2004, “Use of most drugs other than marijuana has stabilized over the past decade or has declined.” A similar study done by the University of Michigan in 2014 found similar results. 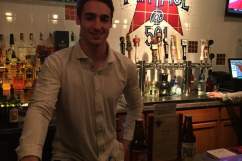 Read More
5 Fast Facts, Breaking News, Murder
wpDiscuz
9
0
Would love your thoughts, please comment.x
()
x
| Reply
A University of Washington coed is dead and her fellow student boyfriend is being accused of her murder after the pair allegedly took LSD together.