A Jet Blue flight attendant who was a former Jamaican beauty pageant contestant and college track athlete was arrested after she ran from a security checkpoint, leaving behind her Gucci heels and 70 pounds of cocaine, police say.

Marsha Gay Reynolds, 32, turned herself in to federal authorities in New York on Wednesday, the Los Angeles Times reports.

Reynolds ran from the security checkpoint at Los Angeles International Airport on Friday after she was asked to step aside for a random screening, authorities say.

“Our nation’s security depends on every individual with security clearances to honor the trust placed in them,” U.S. Attorney for the Central District of California, Eileen Decker, said in a statement. “The defendant’s conduct violated that trust and, in the process, exposed the public to a major narcotics transaction and the dangers inherent to such a transaction. The intervention of the Transportation Security Administration and law enforcement ensured the safety of the passengers and staff at LAX.”

1. Reynolds Took Off Her Heels & Ran Down an Up Escalator, Police Say

Police say Marsha Gay Reynolds was asked to go to a secondary screening area. When she did, she dropped her bag, took off her heels and ran barefoot down an upward-moving escalator, the Associated Press reports.

TSA agents did not chase Reynolds because they feared her bag may have contained explosives. A dog was brought to screen the bag.

According to the affidavit filed by investigators, Reynolds was wearing jeans, heels and a black suit jacket, while carrying her “known crew member badge” when she arrived at the Terminal 4 security area.

You can read the full affidavit below or by clicking here:

After being picked for the random security screening, Reynolds became nervous and took out a cell phone, making a call and speaking in a foreign language, a TSA officer said. She then ran, according to the affidavit.

Agents “did not attempt to pursue Reynolds, as his primary concern was the abandoned luggage that Reynolds left behind, and the public safety issue that it potentially presented,” according to the complaint.

2. The Cocaine, Packed Into 11 Bags, Is Worth About $3 Million on the Street

The drugs would be worth about $3 million on the street and $750,000 wholesale, authorities said.

Police also found clothes and Trojan Magnum condoms in her luggage, according to the New York Post. The TSA agents did not get Reynolds’ name, so she was able to return to the airport later Friday night for a red-eye flight to New York, the Post reports. 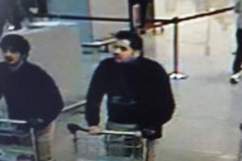 3. Reynolds Was a Track Star at NYU & a Miss Jamaica Runner-Up

Reynolds was a member of the New York University track team in 2004, according to the university’s website. She is originally from Jamaica.

She was a sprinter on the NYU team. Reynolds studied English, American Literature and Creative Writing at the school, according to her Facebook page.

She was also a beauty pageant contestant. Reynolds was the third-place winner of the 2008 Miss Jamaica World competition and runner-up in the 2007 Miss Jamaica Universe pageant, according to the Jamaica Gleaner.

According to a biography provided by the 2008 Miss Jamaica World competition, Reynolds was also the first runner-up in Miss Jamaica US in 2005. She was a “local government representative for Eastern Kingston,” and was working for the Law Offices of Andrew Hirschhorn, a Bronx, New York, law firm, at the time.

Her talents are listed as singing and acting. She won the talent portion of the 2008 competition by singing Celine Dion’s “To Love You More,” according to news reports.

It is not clear how long Reynolds has worked for Jet Blue. The airline told the Los Angeles Times it is cooperating with the investigation.

4. The Incident Has Raised Concerns About Security at LAX

The Los Angeles Airport Police union has raised concerns about security procedures at LAX after the incident.

“I don’t believe anybody would trust a mule with that amount of dope the first time out,” he said. “You’re talking about $2 million worth of cocaine…. That’s pretty troubling. This is more than likely not her first time doing this.”

An air traveler puts his shoes back on after passing through the Transportation Security Administration (TSA) security check at Los Angeles International Airport. (Getty)

The TSA has previously warned about the threat of “insiders,” including airline and airport employees, the Associated Press reports.

In December 2014, several Delta baggage handlers were arrested on charges they smuggled guns from Atlanta to New York, according to the Associated Press.

Peter Neffenger, a TSA administrator, testified before a Senate committee on March 1 about the concerns.

“We will pay particular attention to the insider threat,” Neffenger told the committee. 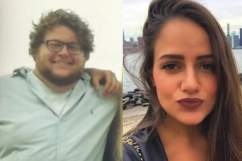 5. Reynolds Will First Appear in Court in New York Before Being Returned to LA

Reynolds is expected to appear in federal court in Brooklyn on Thursday, the U.S. Attorney for the Central District of California said in a press release.

She will then be transferred to Los Angeles court.

Reynolds was charged with cocaine possession with intent to distribute.