The Chief Judge Merrick Garland, of the D.C. Circuit Court, has been nominated by President Barack Obama to fill the vacancy on the Supreme Court left by the death of Justice Antonin Scalia.

Garland, a former U.S. Attorney, has been a federal judge since 1997, when he was appointed to the circuit court by President Bill Clinton. Obama has urged the Senate to give Garland a nomination hearing and vote, but leading Republicans have vowed not to do that, because it is an election year.

But one issue that many are interested in is Garland’s stance on gun control. Here is what is known about his position on the Second Amendment:

In 2007, Garland voted to undo a D.C. Circuit court decision that struck down Washington D.C.’s strict handgun ban, according to the National Review.

The appeals court had reversed the law, which bans individual handgun possession, but Garland voted to reconsider that decision. According to the National Review, that decision makes Second Amendment supporters fear that Garland would try to undo D.C. vs. Heller. Scalia wrote the opinion in that ruling, which protects gun rights.

Tom Goldstein, of SCOTUSblog, wrote in 2010, “Garland also notably voted in favor of en banc review of the D.C. Circuit’s decision invalidating the D.C. handgun ban, which the Supreme Court subsequently affirmed. Garland did not take a formal position on the merits of the case. But even if he had concluded that the statute was constitutional, that view of the case would have conformed to the widespread view that, under existing Supreme Court precedent, the Second Amendment did not confer a right to bear arms unconnected to service in a militia.”

According to LawNewz, a decision that is also concerning to gun rights advocates, is his ruling in NRA vs. Reno, a 2000 lawsuit by the National Rifle Assocation that fought against the retention of background check information collected when guns are legally purchased.

Reno, then the U.S. Attorney General, argued that it was necessary and allowed under the Brady Act to retain the data for six months in order to audit the background check system. Garland ruled in her favor.

“These two instances are hardly defining in the grand scheme of things. Voting to review a gun ban is not the same as support for it. Likewise, upholding temporary retention of background information for the purpose of making sure the system works in no way restricts a person’s right to bear arms. But when Senate Republicans are already saying they will refuse any nominee, it would be surprising if they didn’t point to these cases when they justify their decision, or lack thereof,” Ronn Blitzer wrote for LawNewz. 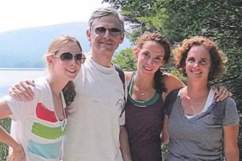