Nancy Reagan — born as Anne Frances Robbins — passed away of congestive heart failure on March 6 inside her Bel Air home at 94. Along with her two terms spent in the White House spent as husband Ronald Reagan’s advisor, she later became his caretaker while he battled Alzheimer’s up until his death on June 5, 2004. Nancy was also one of the country’s strongest advocates on many fronts. She founded the “Just Say No” initiative, which almost immediately had an impact on the fight against drugs.

Political clout and loving wife aside, Reagan also had a 22-year acting career, starring in such movies as East Side, West Side, The Doctor and the Girl and Night Into Morning.

Up until her death, she stayed involved in politics and embryonic stem cell research.

Nancy is survived by her two children; Patti Davis, 63, and Ron Reagan, 57.

1. She Had an Estimated Net Worth of $25 Million

According to Celebrity Net Worth, Nancy had an estimated net worth of $25 million. However, Celebrity Glory stated that the former First Lady was worth $15 million at the time of her death. Earthenecklace broke down her earnings as the following: 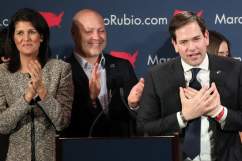 2. She Was Heavily Criticized For Bringing High Fashion to the White House During the Recession

As the First Lady from 1981 to 1989, Nancy was heavily criticized for bringing her lavish lifestyle into the Oval Office during the country’s recession. Several critics referred to her as “Queen Nancy.” USA Today reported that “She brought Old Hollywood glamour to the White House — and defended it despite criticism.”

For Reagan’s 1981 inauguration, Nancy donned a $10,000 one-shoulder gown designed by James Galanos. Philly.com described her style as “elegant and expensive.” She had an inclination for Oscar de la Renta, Bill Blass and Adolfo, amongst additional chic attire. Several designers would donate their fashions in exchange for exposure. Red — as shown above — was a color Nancy was notorious for wearing.

3. She Directed a White House Renovation

Nancy Reagan was heavily criticized for having money put into a White House renovation. (Getty)

Nancy was once again criticized for directing a White House renovation. However, the Oval Office facelift was much needed as the building was falling apart. The wiring and plumbing were outdated and the floors needed work and the draperies were “falling apart,” stated Ted Graber, the Reagan’s late interior decorator. Prior to Nancy’s request, Jacqueline Kennedy — in the early 1960s — had them made. Although Nancy’s efforts gave the White House an upgrade, it also “preserved its historical integrity,” reported Bustle.

According to PBS, she “believed the nation needed a more suitable First Home and immediately began redecorating.” 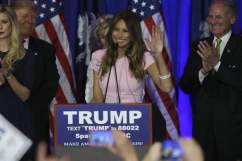 4. She Helped Raised ‘Millions and Millions’ for Alzheimer’s Research

“A truly long, long goodbye” is what Nancy called Alzheimer’s disease as it pertained to her husband. It was announced that he had the disease in 1994; giving it a famous face. In 1999, Nancy elaborated to C-SPAN on the misfortunes of Alzheimer’s, which had her working as Reagan’s primary caregiver.

Since Nancy went public on the disease two decades ago, there’s been more spending put into its research and increasing awareness surrounding it.

“That’s a really big moment. It translated into the beginning of an increased awareness and funding for research,” stated Maria Carillo, chief science officer at the Alzheimer’s Association.

We mourn the death of former first lady & Alzheimer’s advocate Nancy Reagan. Her involvement in the cause inspired us & the Alz community.

Kelly McEvers of NPR acknowledged Nancy as having raised “millions and millions of dollars for research, took on the federal restrictions on embryonic stem cell research. This was not a popular idea with the Republicans.” 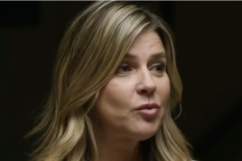 5. She Passed Away Inside Her Longtime Bel Air Home

Nancy passed away from heart failure at her Bel Air home, where she and Reagan retired at in 1989. The ranch-style house is located in the hills at 668 St. Cloud Road in Los Angeles. The site reported that the property is 7,192 feet and has three bedrooms and six bathrooms. The house was built in 1954 and it’s 1.5 acres.

According to Zillow, Nancy’s home is worth an estimated $14.9 million.

The Hollywood Reporter reported that the house “had a kitchen full of gadgets, thanks to Reagan’s job as a celebrity spokesperson for General Electric.”

Loading more stories
wpDiscuz
3
0
Would love your thoughts, please comment.x
()
x
| Reply
The late Nancy Reagan wasn't just an actress and First Lady, but she also raised awareness and money for a slew of the country's most important initiatives.