The LAPD today conducted tests on a buck knife that was found at a home once owned by OJ Simpson. The knife was apparently found “years ago” by a construction worker, according to a report by TMZ. The man who found it brought it across the street from the Brentwood home to a movie set where an off-duty cop was working security and handed it in. The knife was not received by LAPD detectives until 2016. Later that, CBS Los Angeles reporter David Singer tweeted that the knife was “NOT consistent with the murder knife.”

The prosecution team in O.J. Simpson’s 1995 murder trial were never able to produce a weapon. The former NFL star was acquitted of the murder of his wife and her friend Ron Goldman in October 1995.

1. The Officer Who Kept the Knife Is Retired

Defendant O.J. Simpson cheers while standing with his attorneys F. Lee Bailey and Johnnie Cochan Jr, after hearing the not guilty verdict in his crimininal murder trial, Los Angeles, California, October 3, 1995. Simpson was found not guilty of killing his ex-wife Nicole Brown-Simpson and her friend Ron Goldman. (Getty)

According to an LAPD press conference held in the aftermath of the find, the cop who held the knife is retired. He left the force in the late 1990s. Therefore, internal charges cannot be brought but criminal charges could be forthcoming. TMZ earlier reported that a construction worker found the knife and brought it across the street to a police officer who was working security on a movie set.

The gossip site said that in January 2016, the retired cop contacted a friend in the department. He was asking for the case number of the Brown/Goldman murder as he wanted it engraved on the knife, which he was having framed and put on his wall. The friend went to his superiors who were “outraged” and demanded the knife be brought in.

TMZ reports that the knife is being tested for DNA and “other biological evidence.”

2. The National Enquirer Had Reported that it Was Kris Jenner Who Hid the ‘Murder Weapon’

In February 2016, the National Enquirer reported, just as the The People vs. O.J. Simpson began to air, that it was Kris Jenner who hid the weapon used to kill Nicole Brown and Ron Goldman. The tabloid wrote, citing an unnamed source, “Kris Jenner helped to hide the bloody knife used to butcher O.J.’s ex-wife Nicole Brown Simpson and her friend Ron Goldman!”

The same issue of the Enquirer says that “even more” incriminating evidence against Simpson was hidden in the home of his attorney and friend, Robert Kardashian. At the point of the killings, Kris Jenner had split from Kardashian. The couple divorced in 1991. Though Jenner was still a close friend of Nicole Brown’s. The day after she was killed, Brown was due to meet Jenner for lunch, according to Vanity Fair.

3. A Construction Worker Joked to the Los Angeles Times in 1998 When Working on Simpson’s Estate That ‘We Haven’t Found the Knife Yet’

In 1998, O.J. Simpson sold his Brentwood estate. The new owners decided to raze the premises. One of the construction workers told the Los Angeles Times at the time, “We haven’t found the knife yet.” Simpson sold the property to Abdalla and Kay Stoneburner. The New York Observer reported at the time the couple were planning to auction off the pieces of the home to people who wanted Simpson souvenirs. The Los Angeles Daily News also reported at the time that the Stoneburner family brought in feng shui expert Kartar Diamond to help them redesign. As Diamond told the paper, “This house was a good friend to [Simpson], and he got away with murder.”

4. Simpson Cannot Be Tried for the Murder of His Estranged Wife & Ron Goldman Again

During a press conference, the LAPD spokesperson confirmed that Simpson cannot be tried again for the murders of Nicole Brown and Ronald Goldman. The former NFL star and actor was acquitted in October 1995 in one of the most sensational trials in the history of the American judicial system. One of Simpson’s lawyers in the trial, referred to as his “dream team,” told the Los Angeles Times after the knife was found, “It’s amazing how the world cannot move on from this case! And it, and the media, is apparently still fascinated by everything O.J. Simpson.”

He added that forensic tests indicated that two knives had been used in the crime, one with a straight edge and one with a serrated edge.

Simpson is still in prison after being convicted of armed robbery in 2007. He will be eligible for parole in 2017. Simpson is serving his time at the Lovelock Correctional Center in Nevada.

In their reporting of the recently uncovered knife, the Los Angeles Times referred to the LAPD having on “obsession” over finding the Nicole Brown/Ron Goldman murder weapon. During Simpson’s trial for the murders in 1995, prosecutors located a 12-inch retractable blade knife that they felt was the murder weapon. Forensic testing later proved that the knife had never been used. Simpson himself had instructed investigators as to the exact location of the knife when he was questioned about it, reported the Los Angeles Times in 1994. 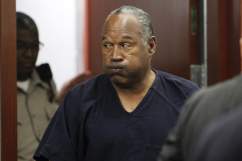 O.J. Simpson Robbery & Kidnapping Sentence: What Is His Release Date?

5. The Buck Knife Was the Weapon of Choice in the Slasher Movie Series ‘Scream’

The Scream franchise was spun off into a TV series in 2016. (MTV)

The successive killers in the Scream franchise of movies consistently used the Buck-120 knife. That model of knife was discontinued in 1992 due to hunters complaining about the length of the blade. It was replaced by the Buck-119, which has a blade of 5-inches as opposed to the 120’s 8-inches.

It was also used by the protagonists in the anti-communist 1980s movie Red Dawn. 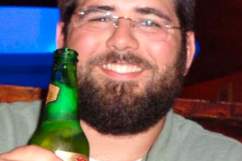 Loading more stories
wpDiscuz
7
0
Would love your thoughts, please comment.x
()
x
| Reply
The LAPD said today that they are conducting tests on a buck knife that was found at a home once owned by O.J. Simpson.