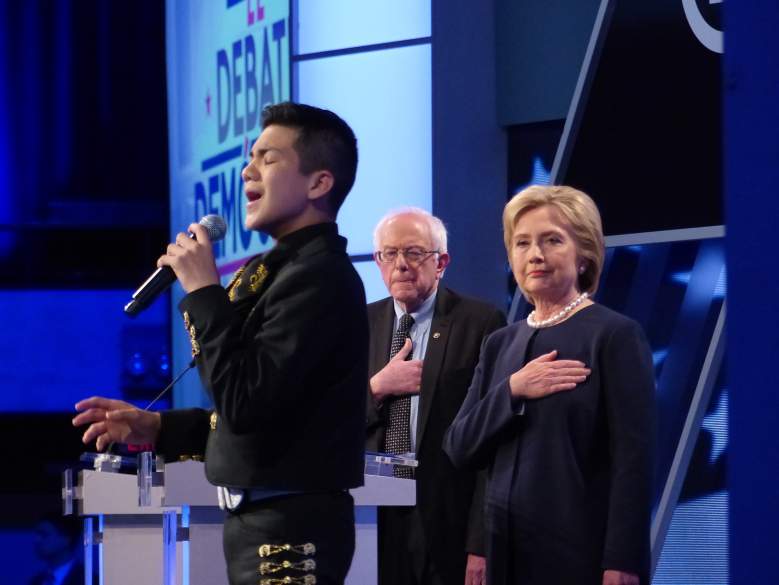 Hillary Clinton and Bernie Sanders stand for the national anthem before the Democratic debate. (Getty)

With Bernie’s big upset in Michigan providing new momentum for Bernie Sanders, the Vermont Senator met Hillary Clinton in Miami for a debate hosted by Univision and simulcast by CNN. The debate was conducted in English between the candidates and moderators, but audience questions and interactions were conducted in Spanish and translated. As may be expected from a Spanish-language media giant, immigration took a huge share of the debate time, but candidates also found time to air opinions about various issues, including the potential new shape of the race.

Read our recap below, then vote in our poll at the bottom of the page.

Hillary once again adamantly stated she would not be indicted over the controversy involving her emails:

Hillary Clinton on an indictment over private emails: "It's not going to happen" https://t.co/NoOSP5ydnk #DemDebate https://t.co/jNUdHCLM1o

A question about Benghazi drew a sharp response from the crowd, and her criticism of the politicized nature of the investigations was warmly received.

As could be expected from a debate sponsored by America’s largest Spanish-language network, immigration took a very large share of the talking time. Both candidates took the opportunity to condemn the rhetoric that led to conflict between the network and Republican frontrunner Donald Trump:

Sanders, however, disputed her claims of support for undocumented immigrants:

Bernie Sanders: "I said welcome those children into this country" from Honduras https://t.co/NoOSP5ydnk #DemDebate https://t.co/sIUelY1pLs

Sanders: I would think a speech so great that you got paid so much money for, that you would want to share it. #DemDebate

Clinton reiterated that she went to Wall Street to ask for voluntary reforms, and pointed out that the Koch brothers recently praised Sanders.

Sanders was asked why a career politician like himself was a better option than an “establishment” politician, as he characterizes Clinton. He responded that his career was spent helping people and opposing corporations, and that his record spoke for itself:

Clinton said she was “not a natural politician:”

Sanders defended his College for All plan, even for the wealthiest Americans.

Sanders lamented his characterization of the Republican Party as afraid of losing funding for accepting the scientific consensus on climate change. Clinton promised a bipartisan approach to transitioning from fossil fuels, and noted the danger the host state was in from the issue.

Clinton expounded on the need to expand and build upon the Affordable Care Act:

Hillary Clinton: We need to "build on and protect the Affordable Care Act" #DemDebate https://t.co/zsKbVcQdBU https://t.co/TW5WZSw83m

Jorge Ramos asked what he called his “Welcome to Miami” question: Obama’s opening up diplomatic relations with Cuba, an unpopular act among Cuban-Americans. Hillary praised Obama’s actions but advocated greater freedom for Cubans, including dissidents. Sanders pushed for normalized relations and the end of the embargo.

Sanders was then pushed for seeming praise of Cuba earlier in his career. Sanders framed his comments as criticism of US attempts at regime change, but did not directly answer when asked whether he regretted his previous comments.

Who Won the Debate?

Vote in our poll here: 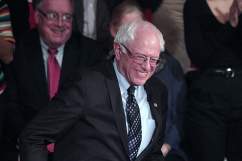