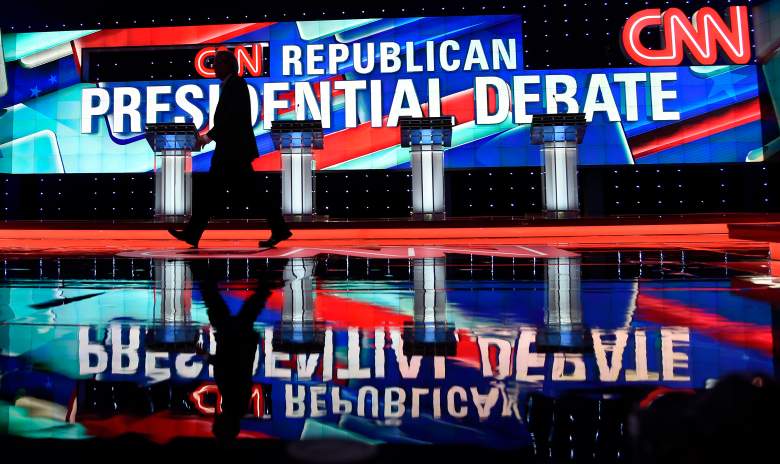 The GOP debate stage before the Miami debate began. (Getty)

With Ted Cruz taking back some of the Donald Trump momentum with a few big wins, the debate came to the hometown, and law school alma mater of Marco Rubio, who desperately needed to impress his neighbors to stay alive in the GOP race. Bucking the trend, the debate tone steered away from personal attacks, allowing the candidates time for impassioned policy proposals.

Read our recap below, then vote in our poll for your favorite.

Cruz made time in his opening statement to mention Florida’s “welcoming” his father from Cuba.

As part of an answer to an economic policy question, Trump touted his immigration bona fides:

Kasich defended his support for international trade deals like NAFTA and TPP:

In contrast, Cruz reiterated his opposition:

Trump promised to involve Ben Carson in education and to open up school choice:

Rubio said the same, and clashed with Trump on the issue:

Donald Trump was asked if he’d walk back his anti-Muslim comments; he shifted, but only slightly:

The other candidates sharply disagreed with his rhetoric:

Marco Rubio: We are going to have to work with people of the Muslim faith https://t.co/QxqBj6oMmx #GOPDebate https://t.co/oVhmdocrco

They also, however, took issue with his neutrality in the Israeli/Palestinian conflict:

John Kasich laid out a plan for elsewhere in the Middle East:

John Kasich: "Let the regional powers redraw the map if that's what it takes" to stop #ISIS https://t.co/QxqBj6oMmx https://t.co/VXQ8iphadx

Trump addressed disturbing reports from his rallies, as did Cruz:

Ted Cruz: "We are here pledging our support to you — not the other way around" https://t.co/kZ4m149S4c #GOPDebate https://t.co/9UpMPDujZ5

All four candidates spoke about the delegate math and the possibility of a brokered convention:

John Kasich: I was at a convention "as a wee lad" to support Ronald Reagan https://t.co/kZ4m149S4c #GOPDebate https://t.co/DdoFRLyehs

Ted Cruz: "Only two of us" have a path to the nomination https://t.co/QxqBj67aXX #GOPDebate https://t.co/3VxU9gAFiI

Rubio framed the moment as a turning point for this generation:

Marco Rubio: "Now the moment has arrived for our generation to do our part" https://t.co/QxqBj67aXX #GOPDebate https://t.co/zzg5fQ5Wwe

Cruz reiterated his support for the nation:

Who Won the Debate? 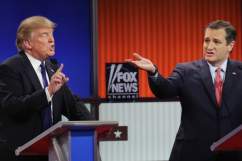