This picture shows the moon passing in front of the sun during a partial solar eclipse in Naypyidaw on March 9, 2016. A total solar eclipse swept across the vast Indonesian archipelago, witnessed by tens of thousands of sky gazers and marked by parties, Muslim prayers and tribal rituals. Partial eclipses were also visible over other parts of Asia and Australia. Click through the gallery to see photos of tonight's stunning solar eclipse, as seen by people in Indonesia, Nepal, Malaysia, and other regions in the path of the beautiful astronomical event. (Getty) 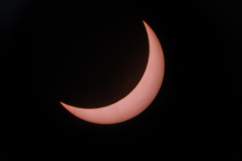 Total Solar Eclipse: The Videos You Need to See 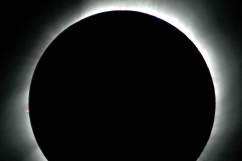 When Is the Next Solar Eclipse in the United States?

Read More
Breaking News, Eclipse, Space
A stunning solar eclipse was seen in parts of Indonesia, Malaysia, Nepal, Australia, and other regions today. These are photos of the total and partial eclipse.