Vengo entered the Shark Tank to pitch their vending machines that house items such as headphones, phone chargers, healthy snacks and medicine. Users can also easily customize their machines with what they need. The Queens, New York- based brand, that works closely with companies like Hershey’s and Kiehl’s, will have 1,000 Vengos in operation by the end of this year.

We interviewed co-founders Brian Shimmerlik and Steven Bofill, whose appearance on the reality show came after they attended a casting call at New York University. Here’s what they told us about…

Brian: I was coming home from a bar late, late at night and came up with the idea that there should be snacks in my taxi! I put together a business plan and researched the market. I got myself a huge meeting with one of the big taxi owners in New York City and pitched my idea. He told me to get lost! I went home that day, November 4, 2011, and wrote a letter to the New York City government. I’m a resident and a student, I’ve got this idea, innovation, tax revenue, etc. While I was on the site I found that the NYC Economic Development Corporation had its own business plan competition, called NYC Next Idea. I applied. And out of 270 companies, we took down the whole thing! We won $17,500, which was a ton of money to me! The concept went viral from there. I found Steven Bofill – my talented co-founder – and we put together a prototype. I started demo’ing the prototype around town and put together a $1 million seed round. Not only did we access the capital, but we partnered with some of the best investors in the world. Our investors include Brad Feld, Joanne Wilson, Queensbridge Ventures (co-founded by Nas), Kensington Capital, the Founder of Coinstar, David Tisch, Gary Vaynerchuk, Armory Square Ventures and more.

The Pros & Cons to Operating a Startup

Steve:
Pros: Doing what you love, controlling your own fate, and moments such as these. I also work everyday with my father – never thought I’d be able to do that.
Cons: Very long workdays and the long process of product development. The good thing is we’ve put the backbreaking work in for years and have now arrived at a very good point, creating a commercial product that is ready to scale-up tremendously. I’m sure the the long hours will continue, but if you enjoy what you’re doing it doesn’t seem like work.

Brian:
Pros: I love creating! It is amazing to see ideas come to life. I get to make decisions and see concrete outcomes. I have almost zero boring days. Everyday brings something new and unexpected.
Cons: I have almost zero boring days. It can be stressful at times, particularly the human emotional component. It is so important to me that the people who have put their faith in me and my team are well rewarded.

The Positives & Negatives to Owning a Business in NYC

Steve: The positives are there are lots of resources and talent to help you grow your product and business. The city of New York, NYU and many others have been very helpful to us as well. The cons are traffic, taxes and rent. As a hardware company we need space, and space is a premium here in New York City. As for the traffic, I head to work at 5:30 am to avoid it. All said and done, New York is our home and we’re proud to be here.

Their Experience With SeedInvest

Brian: I’m old friends with the Founder & CEO of SeedInvest, Ryan Feit, so we both jumped at the opportunity to collaborate. Vengo was one of SeedInvest’s early customers and we crushed it. We raised $720K from elite investors including Kensington Capital and Scout Ventures. Dan Gay of Kensington Capital is a board member and one of my closest advisors. 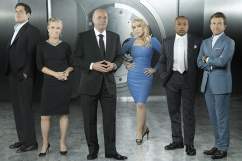 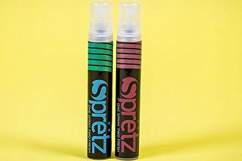